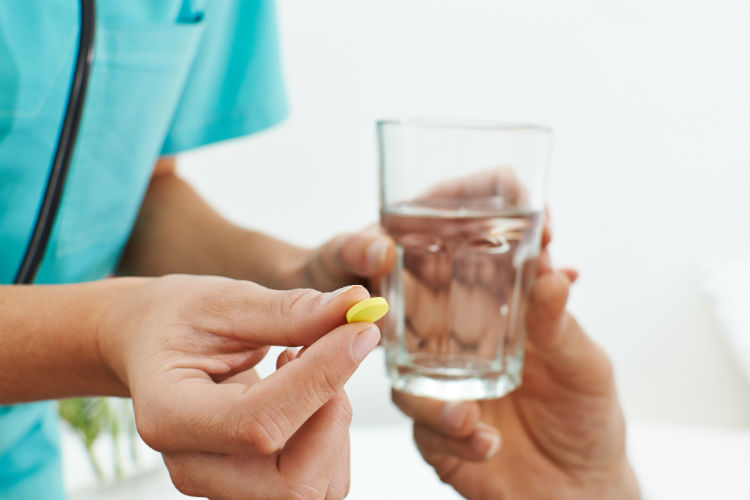 Continued from Confessions of an Imperfect Caregiver: Part I

I forced myself to smile and, swallowing my dismay over what I’d just heard, went into the hospital room my father-in-law, Rodger, shared with three other disabled veterans.

“Hi, Rodger. How are you feeling today?” I asked.

Before he had a chance to answer, the man in the bed directly across from him spoke up. “Hey, welcome back,” he grinned.

“Yeah, but they say I need another day or two,” Mr. Johnson sighed. “I don’t mind, though. Seeing you makes me feel like I’m seventy again.”

I chuckled at the left-handed compliment. “Thanks, I think. Let me know when you feel like you’re fifty and we’ll go dancing,” I flirted back.

“It’s a date,” he promised, pretending to mark a day on an imaginary calendar.

I turned my attention to the other side of the room only to find that Rodger had drifted off to sleep—or at least pretended he had. I decided that either way it was best to let him rest. I’d take advantage of the quiet and read until it was time to feed him again.

After going over the same two paragraphs of my book four times, I gave up. The clicks and beeps of various monitors were too distracting. Instead, I let my gaze wander around the sparsely furnished hospital room. All four beds were in use. In addition to Mr. Johnson and Rodger, Joe had the bed on the left by the window, and Pete had the one across from him.

Joe, a frail little man in his nineties, had a habit of taking out his IV whenever he had to go to the bathroom. As sick as he was, he refused to use a urinal or a bedpan, stating firmly that he was not an invalid and could manage to take a leak on his own, thank you very much.

Each time he got up, he’d pause at the foot of Pete’s bed, bow his head for a few seconds, then snap off a perfect salute to the now unconscious man. Pete had never spoken or acknowledged Joe in any way. Pete’s wife had been at his side constantly to offer a sip of water or adjust his pillows. Sadly, every day he’d taken another step backwards in his recovery. Now, the only sign of life was the slight rise and fall of the thin blanket that covered him.

I tried to imagine these men as they’d been in their youth. They were the warriors, the brash young men who’d marched off to save the world. Between fierce battles they’d flirted and danced the Lindy with beautiful young women who’d promised to wait for their return. I sent a silent thank you to each of them and said a prayer that they’d get a chance to go home again.

A ripple of movement from the direction of Rodger’s bed drew my attention. Shock at what I was seeing sent a chill through my body and goose bumps racing down my arms. Though he was still not quite awake, Rodger had begun to move. His head lifted off the pillow and started to weave side to side in a slow elliptical motion. Then his arms rose from his sides and his hands met above his head with the delicate grace of a figure skater preparing to go into a spin.

No. It can’t be. It’s my imagination. Everybody moves in their sleep, I thought. But even as I tried to convince myself that what I feared wasn’t happening, the movements increased in speed and intensity. Suddenly, it dawned on me that he was off his medication for schizophrenia again.

I rushed out of the room to ask Rodger’s day nurse, Susie, how this could have happened, only to find out that there had been a shift change and she was gone for the day.

“Who sees to Rodger’s care tonight?” I asked at the nurse’s station.

“I do,” one of several unfamiliar nurses replied as she flicked through a chart in her hand. “Is there a problem?”

“I think so. I was just in his room and there are signs he’s not taking his Zyprexa. Are you crushing it and giving it to him in his food?” I asked, failing to hide the urgency in my voice.

“He’s been getting all his prescribed medications and he’s been very compliant,” the nurse replied distractedly. “There’s nothing in his chart to indicate he ever refuses to take it.”

“He’s supposed to get it mixed in applesauce. If you don’t give it to him that way, he hides it in his cheek and spits it out when you’re not looking. I’m telling you, he’s not taking it and that could be very dangerous. He just spent eight weeks in the psychiatric unit. When he was admitted, he was ranting and severely delusional. He was so far gone, the doctors were afraid we’d never get him back,” I explained frantically.

The nurse stared at me blankly. “I didn’t know that,” was all she could muster.

“How could you not know?” I blurted. “Isn’t it in his chart? My God, he wasn’t out of the psychiatric ward for more than two days before he was readmitted with pneumonia. It can’t be that far back in his records.”

“Let me check on this and I’ll get right back to you,” the nurse said as she realized the gravity of the oversight. “Are you his daughter?”

“No. I’m his daughter-in-law. He lives with my husband and me.”

“In that case, I don’t think I can discuss this with you,” the nurse backtracked. “There are privacy policies that we must abide by.”

“Yes, you can discuss this with me,” I said, taking a deep breath in an attempt to remain calm. “My husband and I have medical power of attorney for Rodger that gives us authorization to speak on his behalf. I’m listed as the primary medical contact because I take care of him at home while my husband goes to work every day.”

“You should provide the hospital with a copy of both of those documents so they can be inserted into his file,” the nurse countered.

I was losing my patience. “We did. They’re in there,” I replied bluntly.

“I’ll check on that, too. Just give me a few minutes to verify all this, and I’ll get back to you.”

I turned and stormed back to Rodger’s room. I didn’t want to wait for answers, not again. I needed to know that when I left the hospital each night he’d be getting the care he required.

He was wide awake and eyeing his dinner tray when I got to his bedside. “I can feed myself!” he snapped.

“No,” I sighed. “I’m sorry, you can’t. The doctor wants me to feed you so you don’t eat too fast. You can’t swallow very well and he’s worried you’ll choke.”

To prove his point, he grabbed the spoon off his tray and started shoveling mashed potatoes into his mouth as if he hadn’t eaten in a month. Almost immediately, he began coughing. His eyes watered and his face turned a deep shade of crimson.

“Open up,” I said calmly. Using my fingers as carefully as possible, I removed a big hunk of saliva-diluted potato from the back of his mouth, grabbed all the silverware off his tray, and went to the sink to wash my hands. “Are you ready to let me feed you now?”

“Do what you want,” he conceded sourly. “You’re just like that nurse. You think I’m a baby.”

I wanted to tell him that he was behaving like a baby, but I bit my tongue, reminding myself that he was old and sick and more than a little bit crazy. A lifetime of schizophrenia had left him deeply suspicious of everyone, and things were getting worse as old age and a number of chronic illnesses began to cause him even more stress.

“I don’t want no more,” he said after eating less than half of what was on his plate. “I can’t eat much.”

“Try a little more. Please? You need food to get well,” I encouraged.

Rather than push him, I set the tray aside, intending to try again in a little while. Just then, yet another unfamiliar nurse came into the room. “Mr. Carducci, you have to eat if you want to get better,” she insisted.

“And you,” the nurse interrupted, “you cannot let him get away with this. He has to eat. Watch this,” she ordered. She mixed three pats of butter and two sugar packets into the mashed vegetables on the plate and set the tray in front of him. “He’s not a baby,” the nurse said arrogantly. “He can feed himself. He’s being passive-aggressive because you’re his daughter. The longer you enable him, the longer he stays here. You should know that this isn’t a good place for him. Hospitals are full of germs and he’s too weak to fight them off.”

I was about to set her straight on the enabling comment when Rodger choked. This time, his face turned blue and he vomited the greasy, oversweet vegetables all over himself.

I found the nurse’s shocked expression a little too amusing. “I tried to tell you,” I shrugged. “He has a problem swallowing, and he’s not supposed to feed himself because he overfills his mouth and then he chokes. That’s why I let him stop for a while.”

“You refused to listen.”

“Now, I’ll listen,” she assured. “But first I need to clean him up. I’ll get a fresh smock and some clean sheets and then we’ll talk.”

Rodger looked pitiful in his food-splattered gown, and the exertion had left him breathless and slumped over in the bed. I reached for his arm to help him sit up. “Here, take hold of me,” I offered. “I’ll pull you up.”

“Get your damn hands off me!” he yelled, slapping my arm away. “Don’t you touch me. I know who you are, and I know what you’re trying to do. Get her away from me!” he ordered the nurse.

“I’ll get him,” she volunteered. She eased over to where I had been standing and helped Rodger into the chair beside the bed. Once he was settled, she motioned for me to follow her into the hall.

“There he goes being passive-aggressive with you again,” she started. “Sometimes they just can’t see that their kids are here to help...”

“He is not being passive-aggressive,” I reiterated. “He is schizophrenic and he’s off his medication. If you don’t get him properly medicated again, he’s going to have another psychotic episode and wind up back on the sixth floor.”

“He was in the psychiatric ward recently?” she asked, wide-eyed.

I recoiled at having to go through this with yet another nurse. “Why don’t you know this?”

“I can see that you’re upset,” she leveled, flushing slightly out of embarrassment. “Give me a few minutes to get him resettled and I’ll be right with you.”

Anger sizzled through me as I watched from the doorway while the nurse and an aide stripped Rodger’s bed, put on fresh linens, and got him cleaned up and into a new gown.