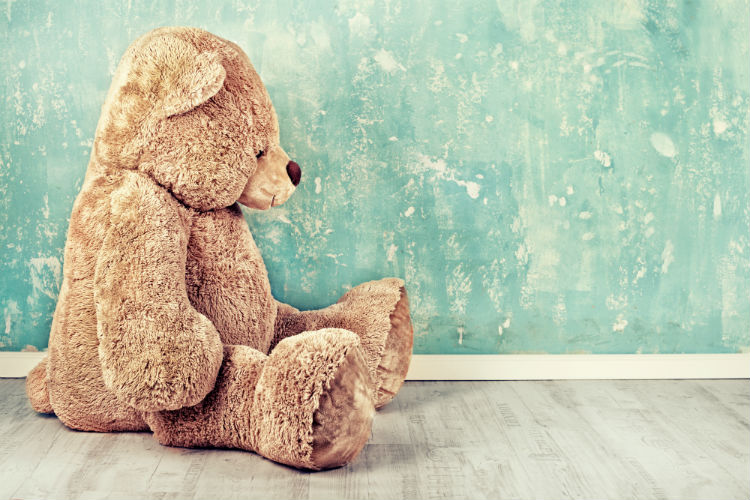 “Hey, give me my medicine. It’s mine. Give it to me now!” my father-in-law called from the top of the stairs.

I groaned inside. Not again. How many times do I have to tell him the same thing? Dear God, please make him shut up.

I reversed direction, and instead of reaching toward the shelf to put away a glass I’d removed from the dishwasher, I filled it with water and drank deeply, trying to drown the words before they could escape.

Don’t say it. Don’t even think it. My face warmed from the rush of adrenaline coursing through me as I struggled to get my emotions under control. The deep, undeniable anger I was struggling with came out of nowhere, and I couldn’t understand why it was surging through me now. We had been through hell the past several months, but all of that was over and things were getting better.

This is so wrong. What’s happening to me? The concept of “fight or flight” popped into my head. But what happens when you can do neither? Sudden tears coursed down my face and slid off my chin to mingle with drops of icy water I’d spilled on my pajama top.

“Do you hear me?” my father-in-law repeated, shuffling toward me. The swishing of his worn slippers on the floor punctuated every word. Suddenly I hated that sound. “I can take my medicine by myself. It’s too much trouble for you.”

I heard you this time and the last time and the time before that. I heard you yesterday and last night and at least ten times every day since you came home from the hospital, I thought. I hurried to dry my tears on my sleeve before he saw them.

It’s not as if he’d notice, the mean little voice inside my head chided. He lives in his own world and you exist only in relation to his needs. He doesn’t even like you. You heard him talking to the nurses. You were useless. All you did was sit and stare at him all day. You fed him like a baby and nagged him all the time.

“I can’t let you take your medicine on your own anymore, Rodger,” I explained yet again. “We let you do it before and you fooled us. You spit it out and got very sick. You almost died. I can’t let you do that again.”

I stayed firm. “Yes. You were in the hospital for a long time.”

“I remember,” he said confidently. “I had pneumonia.” I didn’t know if he actually remembered or not. His memory was so spotty and his determination to hide it so strong that it was impossible to tell what he recalled and what he pretended he knew.

“And before that you were in the psychiatric ward with the crazy people. Do you remember that part?” I asked.

“When I lived in Pittsburgh I went berserk one time.”

“You went berserk here too, and that’s why I give you your medicine now. I can’t take a chance you’ll get sick again.” I handed him the small cup of applesauce containing his mid-morning dose and watched carefully as he swallowed every bite.

“I know you don’t trust me,” he said as he headed back upstairs to his room. “But think about it. I’m okay now and I can take my medicine by myself.”

No you can’t, I thought to myself. And maybe I can’t take care of you either. Why in the world did I ever think I could do this? I’ve made so many mistakes in my life. I failed at my first marriage and made huge mistakes as a mother and a daughter. Hell, my own father chose a new family over a relationship with me and hasn’t been heard from in years.

“God help us both,” I whispered as the memories came flooding back.

“They both nag me all the time,” I overheard Rodger say from the hallway as I approached his room. He was unaware I had come back to the hospital to feed him dinner. “But she’s the worst. She thinks I’m a baby. She’s no damn good. I know all about women like her. And look at the crap she brings me—flowers and cards and this damn thing.”

Just then the little teddy bear I hoped would cheer him up sailed through the doorway of his hospital room and landed on the floor in front of me.

Susie, his daytime nurse, came out a moment later and scooped it up. “He didn’t mean that,” she said, walking over and putting a hand on my shoulder.

“I know,” I answered, surprised by the hurt his angry words had caused. “He’s been through a lot in the last year.”

“From what I read in his charts, you both have,” Susie sympathized. Rodger had been in the psychiatric unit for eight weeks and then came home for two days before returning to the hospital with pneumonia. He spent a week in the ICU and now here he was in step-down, still recuperating and undergoing more tests to find out if his swallowing problem was caused by a small stroke.

“I see you here every day,” Susie continued. “Your father is lucky to have you. Many of our patients have no one. Just remember that you have to take care of yourself too,” she urged.

“I will once we know he’s going to be okay,” I replied. Then that pesky, resentful voice in my head took over for a moment. “And, for the record, he’s my father-in-law. He came to live with my husband and me when my mother-in-law passed away last year. Caring for him is now my full-time job.”

“Well, he’s lucky to have you,” Susie reiterated. “God bless you and your husband—and don’t let him fool you. He’s glad you’re here, even if he won’t admit it.”

Before I could comment either way, Susie was off to tend to her next patient.