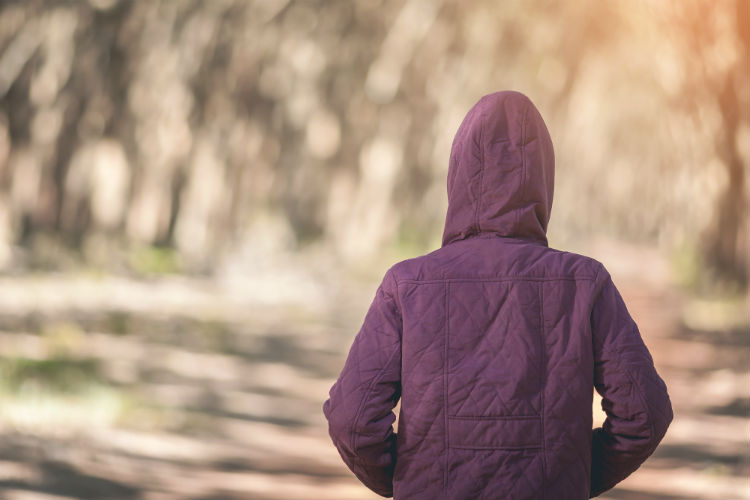 Continued from Confessions of an Imperfect Caregiver: Part III

For fifteen years I had known Rodger as my gentle, henpecked father-in-law. He was a man who longed for a little peace and quiet and always seemed eager to please. As saddened as I was by my mother-in-law’s passing, I had believed that living in my home, free from her constant yelling and criticism, Rodger would come out of his shell and begin to enjoy life.

The first time I met him, when my husband, Mike, and I first started dating, he reminded me so much of someone dear to me that I felt as if I’d already known him for a long time.

Mike was living with his parents then, renting a large room on the third floor of the row house he’d grown up in while looking for an apartment closer to his work. We had spent the afternoon together, and then he had taken me to his room to show me his drum set and to play a few songs before I had to go home to my kids. Recently divorced and not used to dating, I was shy and unsure of myself. I wasn’t comfortable being there at all and was relieved when he played the last note and offered to walk me to my car.

As I descended the stairs, I noticed just the toes of a man’s shoes, cheap, black, and rubber-soled, propped up on the footrest of a recliner and peeking out of the living room below. Then white socks, sagging around his ankles, came into view. His pants were navy blue. Since he was still seated, I couldn’t confirm that their seat was almost worn through, but I knew instinctively that would be the case. It’s just the same with the brown pair he wears when the blue ones are in the wash, I thought.

I watched him dig his heels into the footrest of his chair, easing the back upright so he could stand and offer a hand in greeting. A too-large brown belt circled his waist, welts of strain scarring the surface at various places, marking recent fluctuations in his weight. His shirt was a whisper-thin old thing, tucked inexpertly into the baggy pants he pulled up to a height only very old men find comfortable.

I felt a smile of recognition cross my face when his features came into view. Everything about Rodger reminded me of my Uncle Louie. The fact that Louie was not just my uncle but my great-uncle, my godfather, and the only Italian in my big Irish family made him appear to be a man of epic proportions.

Whenever I’d stay with my godparents for a weekend, Uncle Louie would let me sit on his lap while he drank a beer or a highball. He even let me have a sip now and then. I didn’t like the taste of either one, but I never told him so. I had an idea in my head that sipping whiskey just naturally went along with watching the Friday night fights, and I wasn’t about to risk losing that privilege for anything.

While Uncle Louie’s gaze remained glued to the tiny black-and-white TV screen, I’d watch the crinkly lines around his eyes deepen each time he’d take a drag of his Camel cigarette and wonder how he got those puffy little bags to grow beneath his lower lashes.

My God, I thought as Mike began the introductions, even his chair looks the same as Louie’s.

“Dad, I’d like you to meet Bobbi. Bobbi, this is my father, Rodger.”

Shaking off the memory of one person in order to acknowledge the presence of another, I greeted the man who would become my father-in-law, convinced I’d seen something familiar in him. They have the same light in their eyes, I thought affectionately.

Sitting in a hospital parking lot so many years later, I was just beginning to discover how very wrong I’d been about my father-in-law. He hadn't always been sick and in need of care, but now here we were.

Had he been pretending all these years? Is the real Rodger the one who announced to the nursing staff that I’m useless and no good? Does his antipsychotic medicine he takes every day allow him to be himself, or does it mask his true nature? Who is this man who lives in my house and paces the halls late at night?

As hard as I tried to block out the thoughts, I couldn’t stop the images from coming. Flashes of movie maniacs appeared, unbidden. Norman Bates from Psycho leered through a curtain only to be replaced by rapid-fire clips of Jack Torrance prowling the halls of the Overlook Hotel in The Shining.

I knew from my research that schizophrenics aren’t the knife-wielding lunatics often portrayed in movies. Most of them are timid, introverted people who want to be left alone. Unfortunately, very often they end up homeless, in the hospital, or in jail.

Where did I go wrong? How did I miss this mix-up with his medications, and how can I make sure this doesn’t happen again? Those questions and more went unanswered as I covered the miles between the hospital and home, my mind and body too tired to cope with the guilt I felt at that moment. Despite all my good intentions, I had let him down.

But that is part of being a caregiver. You try your best and hope that when you inevitably muck something up, it won’t be too terrible. The toughest part is learning to forgive yourself, learn from the experience and move on.

Can you hear me, God? I prayed as I turned into the driveway. Hold me in your love and light and take this frustration and guilt away. And one more thing. Please, for just little while, can you make him be nice? Or at least quiet?