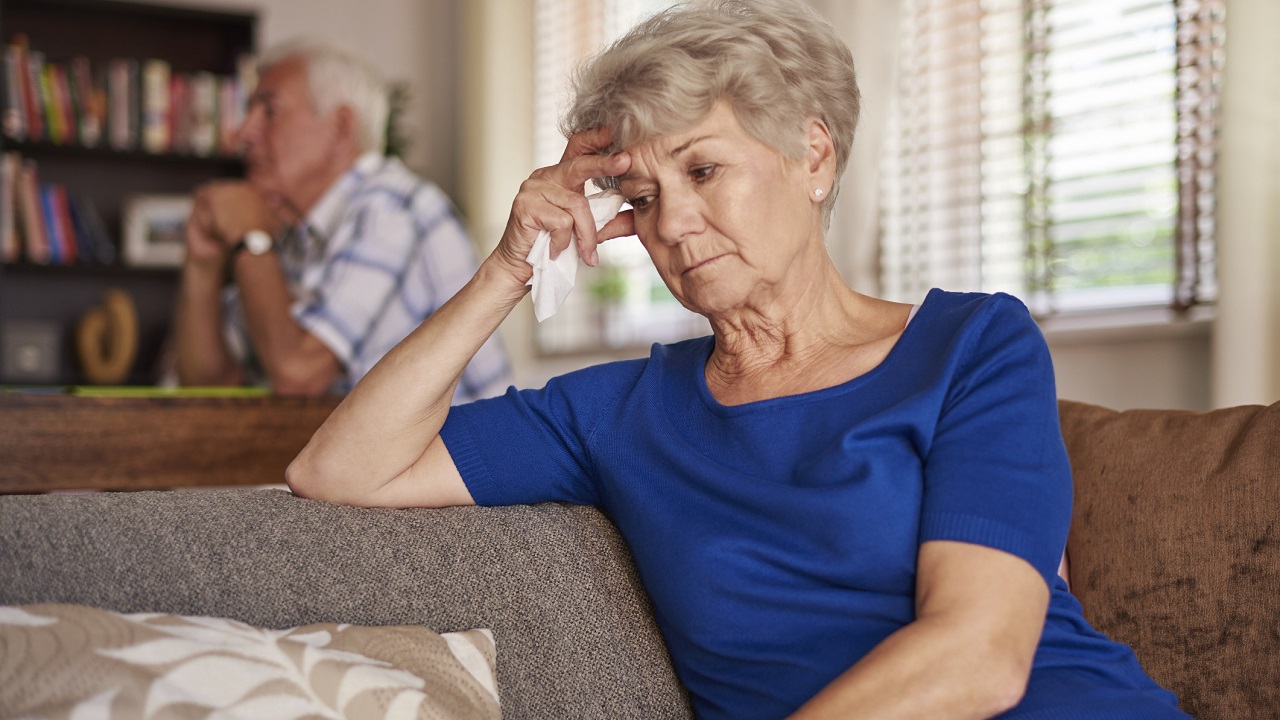 Q: My husband is exhibiting bizarre behavior and his bad temper has turned into raging. A friend said maybe he has Alzheimer's, but isn't that only memory loss?

A: You know, that's exactly what I thought about my father—he just couldn't have Alzheimer's! Let me answer your question by telling you my story, which may ring true for you about what's happening with your husband.

For eleven years I pleaded with my elderly father to allow a caregiver to help him with my ailing mother, but after 55 years of loving her—he adamantly insisted on taking care of her himself. Every caregiver I hired to help him sighed in exasperation, "Jacqueline, I just can't work with your father—his temper is impossible to handle. He won't accept help until he's on his knees."

My father had always been 90 percent wonderful, but boy-oh-boy, that temper was a doozy. He'd never turned it on me before, but then again—I'd never gone against his wishes either. When my mother nearly died from an infection caused by his inability to continue to care for her, I immediately flew from Southern California to San Francisco to try to save her life—having no idea that in the process, it would nearly cost me my own.

I spent three months nursing my 82-pound mother back to relative "health," while my father said he loved me one minute, but then he'd get furious over some trivial little thing and use profanity to call me the worst names and throw me out of the house the next. I was stunned to see him get so upset over ridiculous things. Even running the washing machine could cause a tizzy, and there was no way to reason with him. It was so heart wrenching to have my once-adoring father turn against me.

I immediately took my father to his doctor, but I was flabbergasted that he could act normally when necessary. I could not believe it when the doctor looked at me as if I was the crazy one. She didn't even take me seriously when I reported that my father had nearly electrocuted my mother. Luckily, I had walked into the bathroom just three seconds before he plugged in a huge power strip that was in a tub of water—along with my mother's soaking feet! And then, much later, I was infuriated to find out my father had instructed his doctor (and every healthcare professional he came into contact with) not to listen to anything I said, because I was "just a (bleep) liar"—and all I wanted was his money! (Boy, I wish he had some.)

Then things got serious. My father had never laid a hand on me my whole life, but one day, his behavior turned physically abusive for adding HBO to his television—even though he had eagerly consented just a few days before. Terrified, I dialed 911 for the first time in my life. The police came and took him to a psychiatric hospital for evaluation, but I just could not believe it when they released him saying they couldn't find anything wrong with him. What is even more astonishing is that similar horrifying incidents occurred three more times.

I couldn't fly home and leave my mother alone with my father, because she'd surely die from his inability to care for her. I couldn't get the healthcare professionals to believe me, because my father was always so darling and sane in front of them. I couldn't get medication to calm him, and when I did, he refused to take it, threw it in my face, or flushed it down the toilet. He refused to accept an outside caregiver in their home, and even when he did, nobody would put up with him for very long. I couldn't place my mother in a nursing home—he'd just take her out. I couldn't put him in a home—he didn't qualify. They both refused any mention of assisted living, and legally, I couldn't force them. I became trapped at my parents' home for nearly a year trying to solve crisis after crisis, crying rivers daily, and infuriated with an unsympathetic medical system that wasn't helping me appropriately.

You don't need a doctorate degree to know something is wrong, but you do need the right doctor who can diagnose and treat dementia properly. Finally, I stumbled upon a neurologist specialized in dementia, who performed a battery of blood, neurological and memory tests, along with P.E.T. scans. He reviewed all of my parents' medications and ruled out all the many reversible dementias; and then, you should have seen my face drop when he diagnosed Stage One Alzheimer's in both of my parents—something that all of their other doctors had missed entirely.

What I'd been coping with was the beginning of Alzheimer's, which starts intermittently and appears to come and go. I didn't understand that my father was addicted and trapped in his own bad behavior and that his old habit of yelling and pounding the table to get his way was now coming out over things that were illogical and irrational. I also didn't understand that demented does not mean stupid at all (a concept that is not widely appreciated), and that he was still socially adjusted to never show his "Hyde" side to anyone outside the family. Even with the onset of dementia, it was absolutely amazing that he could still be so manipulative and crafty. On the other hand, my mother was as sweet and lovely as she'd always been.

Alzheimer's is just one type of dementia (making up 60-65% of all dementias) and there's no stopping the progression, nor is there yet a cure. However, if identified early there are medications and treatments for Alzheimer's that can mask/slow the progression of the disease, keeping a person in the early (independent) stage longer—delaying full-time supervision and nursing home care. Ask a dementia specialist about the medications Aricept, Exelon, Razadyne, and Namenda.

After treating the dementia, and the (often-present) depression in both parents, the doctor prescribed a small dose of anti-aggression medication for my father, which helped smooth out his volatile temper without making him sleep all day. (Boy I wish we'd had that fifty years ago!) It wasn't easy and not perfect, but once their brain chemistries were better balanced, I was able to optimize nutrition and fluid intake with much less resistance.

I was also able to implement creative behavioral techniques to cope with the bizarre behaviors. Instead of logic and reason—I learned to use distraction, reminiscence, and redirection to control Alzheimer's outbursts. Instead of arguing the facts, I validated their frustrated feelings and lived in their reality of the moment. I learned to just "go with the flow" with whatever was being said. And, if none of that worked, the promise of vanilla ice cream worked the best to convince my father to shower, even as he swore a blue streak at me that he'd just taken one yesterday (over a week ago)!

Then finally, I was able to get my father to accept a caregiver in their home (he'd only alienated 40 that year—most only there for ten minutes), and with the help of Adult Day Health Care five days a week for them and a weekly support group for me, everything started to fall into place. It was so wonderful to hear my father say once again, "We love you so much, sweetheart."

What is so shocking is that none of the many healthcare professionals who treated my parents that first year ever discussed the possibility of Alzheimer's with me. I was told that their "senior moments" and intermittently odd behaviors were just old age, senility, and a "normal part of aging." Since one out of every eight persons by the age of 65, and nearly half by the age of 85, develop Alzheimer's Disease, I should have been alerted. Had I simply been shown the "Ten Warning Signs of Alzheimer's," I would have realized a year sooner what was happening and known how to get my parents the help they so desperately needed.

Please study the warning signs, print out the expanded descriptions, and keep them in a notebook. Whenever your husband exhibits any of them, you should discreetly write them down. You need to keep track of the symptoms so you can privately share them with his doctor. If the doctor just chalks them up to old age, you must insist on a referral to a neurologist specialized in dementia. You can locate one in your area by calling the Alzheimer's Association at 800-272-3900. By getting your husband accurately evaluated and diagnosed and treated early, you will be able to keep him independent longer and delay his need for full-time or nursing home care.

J
EXPERT Jacqueline Marcell Elder Rage
About Jacqueline Marcell
Jacqueline Marcell is a former television executive who was so compelled by caring for her elderly parents (both with early Alzheimer's not diagnosed for over a year) she wrote "Elder Rage." She is also an international speaker on elder care and host of the popular Internet radio program "Coping With Caregiving."
Alzheimer's & Dementia
Read 15 Comments
Related Articles