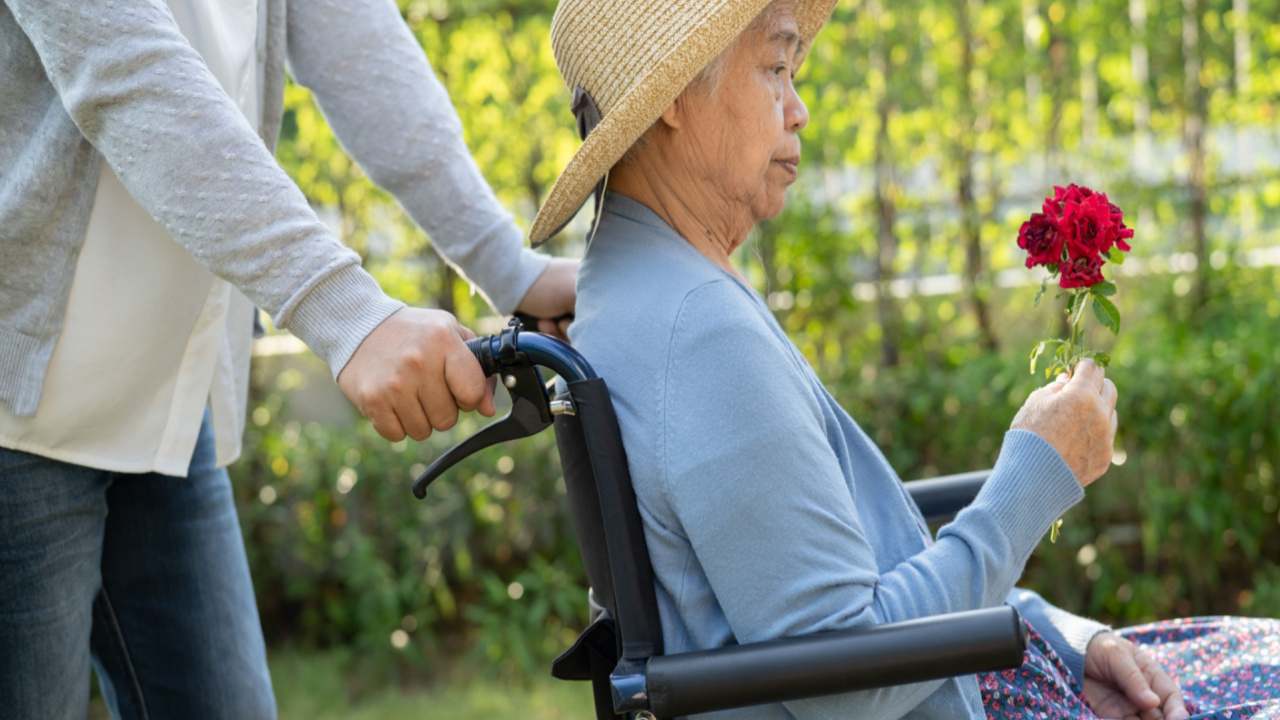 Dementia results in a serious decline in thinking skills and physical abilities. Yet the first symptoms of dementia can go undetected.

Telling the difference between normal aging and the beginning stages of dementia may be difficult. Symptoms are usually subtle at first, and your loved one could be masking their symptoms.

Further complicating the matter, dementia is a term used to describe many conditions that affect brain health, and each has unique symptoms. Alzheimer’s disease is the most common type of dementia, accounting for up to 80% of cases, according to the Centers for Disease Control and Prevention. Other forms of dementia include vascular dementia, Lewy body dementia, frontotemporal dementia, and others.

If you suspect a senior is experiencing dementia symptoms, it’s a good idea to see a doctor. Treatment during the earlier stages of dementia may help improve a senior’s health and potentially delay further cognitive decline.

What are 10 early signs of dementia?

Dementia affects people differently. Likewise, the beginning symptoms of dementia may vary from person to person. But there are common early warning signs to watch for. Looking for patterns of these behaviors may help you identify signs your parent may have dementia.

Your loved one should see a doctor if you notice any of the following 10 signs of dementia, according to the CDC. The doctor may run tests to determine what is causing your family member’s symptoms.

A key sign of dementia is memory loss. If your loved one is repeating themselves or increasingly in need of aids such as sticky notes to help remember things, it could be an early symptom of dementia. Repeatedly forgetting the names of familiar friends and family may also be a sign of dementia.

Memory loss from dementia isn’t a normal part of aging. Occasional forgetfulness is common as we grow older. However, forgetting entire events due to short-term memory loss is cause for concern.

For instance, leaving cupboard doors open isn’t necessarily a sign of dementia, especially if Mom remembers grabbing a bowl for cereal. But if she doesn’t recall eating breakfast, it may be a sign of short-term memory loss.

If your family member is having trouble problem solving or planning ahead, it could mean their executive functioning abilities are deteriorating. This may be another sign of dementia.

You might notice your loved one struggling to follow recipes they’ve enjoyed cooking for years. Or, they could have difficulty keeping up with bill payments.

Difficulty completing familiar tasks can be an early sign of dementia. This could include challenges with household chores, at work, or during leisure activities.

Watch for your family member struggling to use their cell phone, drive around town, or go shopping. It’s normal to downplay these changes as normal aging, but trust your gut if you notice unusual behavior.

4. Confusion with time or place

If your loved one has trouble with the time or place of events, it could be an early symptom of dementia. Forgetting the date, month, time of year, or important events may be a red flag.

Take note of when you notice a family member is unable to keep track of time. If dad briefly forgets the day of the week, it’s probably nothing to worry about. But if he doesn’t know the month or forgets family is coming over for dinner, it may be a cause for concern.

5. Challenges with visual images and balance

Dementia not only affects cognitive abilities — it affects people physically, too. Early physical signs of dementia include difficulty with balance or judging distances, sleeping issues, forgetting to eat, and wandering. Spilling or dropping items often may be another sign they’re experiencing the physical effects of dementia.

Remember that your loved one might be covering up symptoms of dementia because they’re embarrassed or worried about the changes. So look for signs such as bruising from a fall or a broken drinking glass from the day before.

6. Problems with speech and writing

Dementia affects how a person speaks and understands language, making it difficult for them to find the right words. They may also have trouble following conversations. Similarly, people with dementia struggle to spell or write sentences.

Pay attention to whether there’s a decline in writing ability. Perhaps they’re struggling to write a message in a birthday card or understand a story told by their grandchild.

Everyone loses things from time to time, so how do you tell if could be due to dementia? After a person with dementia loses something, they may be unable to retrace their steps to find it. Or, they might put items in unusual places, such as placing kitchen utensils in bedroom dressers.

Displaying decreased or poor judgment may be a sign of dementia. Your loved one may begin to mismanage finances, neglect their hygiene, fall victim to repeated scams, or improperly care for a pet.

For example, if your parent was normally well-groomed but now refuses to take a shower, this is a noteworthy concern. Also, be on the lookout for compulsive purchases or uncontrolled spending as these may be signs of cognitive decline.

Dementia can make it difficult for your relative to participate in activities they once enjoyed. As a result, they might avoid these situations to keep from drawing attention to memory lapses. A loved one who’s aware of their limitations might withdraw from social outings and favorite pastimes.

Did your parent start skipping church or leave a quilting project unfinished? These could be signs they’re struggling in these situations.

Sudden changes in personality and mood swings are possible signs of dementia. Your family member could become fearful, paranoid, suspicious, depressed, or anxious.

Increased anger could also be a warning sign of dementia. If someone with dementia gets frustrated or overwhelmed, they could react with aggression. A normally calm, peaceful person who has dementia might:

Read: How to Handle Alzheimer’s Aggression

What are the warning signs of different dementia types?

The early warning signs of dementia may vary depending on the cause. You can better help them by narrowing down the type of dementia with the assistance of their doctor.

Common types of dementia and early warning signs of each include the following, according to the National Institute on Aging.

As Alzheimer’s disease is the most common type of dementia, its warning signs may be most familiar. But symptoms can go unnoticed for a while, even if you’re caring for someone with the disease.

Early signs of Alzheimer’s may include:

With Lewy body dementia, you’ll notice some symptoms similar to Alzheimer’s. But there are a few distinctly different warning signs.

Symptoms of Lewy body dementia may include:

Some common symptoms of frontotemporal dementia include:

Vascular dementia, which is the second most common form of dementia, is caused by a loss of blood flow in the brain, often from a stroke.

Symptoms of vascular dementia typically begin suddenly after a stroke and may include:

What age does dementia start?

Typically, dementia symptoms occur after age 65, and the risk of dementia increases with age. Though rare, even people in their 30s can start showing signs of Alzheimer’s, according to the National Institute on Aging. The age when someone can get dementia also varies depending on the type they’re experiencing.

Here are the age ranges of when some common forms of dementia are typically diagnosed.

What are the early signs of dementia in women and men?

Generally, the most common early signs of dementia in men and women are similar. They may include typical symptoms like short-term memory loss, lack of concentration, and difficulty with familiar tasks.

However, women are twice as likely to get Alzheimer’s, the leading cause of dementia. The fact that women simply live longer than men is a main reason they’re more likely to develop Alzheimer’s. But researchers are also exploring other possible links between sex and gender and the risk of Alzheimer’s.

Meanwhile, men and women are at equal risk of developing frontotemporal dementia, according to Johns Hopkins Medicine.

Lastly, men and women can have different symptoms depending on the type of dementia. For instance, women with Alzheimer’s tend to experience depression more, while men are more likely to experience agitation, according to a research review in Psychiatric Times.

What should I do if I think my parent has dementia?

If you think your parent or another relative has dementia, follow these steps to help improve their health and well-being.

Read: How to Talk to the Doctor About Your Elderly Parent or Spouse

What should I expect as dementia progresses?

Most forms of dementia are incurable and get worse over time. Although your loved one could be mostly independent for a while, they’ll eventually need assistance with daily tasks such as bathing, dressing, and cooking. It’s also important to remember that their safety could become a concern.

If you anticipate their needs increasing, home care supports families while enabling seniors to continue living at home for as long as possible. Remaining in a familiar place can be especially helpful for people with dementia.

In later stages of dementia, living at home may no longer be an option. Memory care communities are a specialized type of senior living designed to meet the unique needs of someone experiencing memory loss or cognitive decline.

The information contained in this article is for informational purposes only and is not intended to constitute medical advice or diagnosis. Always seek the advice of your physician or other qualified health care provider regarding any medical condition or treatment, and never disregard professional medical advice or delay treatment based on anything you have read on this site. Links to third-party websites are only for the convenience of the reader; AgingCare does not endorse the contents of the third-party sites.