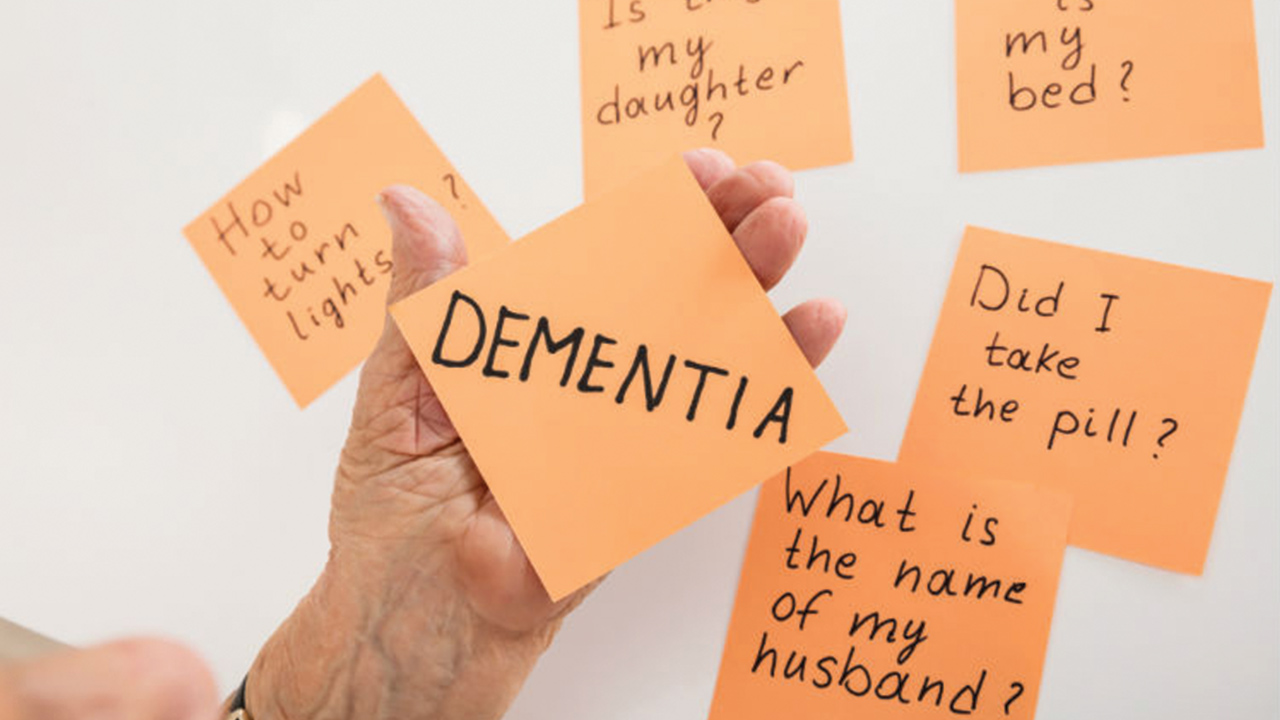 Occasional forgetfulness can be blamed on advancing age, but a pattern of memory loss or unusual changes in behavior should prompt concerns about an elderly parent’s cognitive function.

We’ve all forgotten a person’s name, where we put our keys or whether we locked the front door after leaving home. While these things indicate lapses in memory, experiencing them from time to time doesn’t mean we have dementia. However, forgetting how to make change for a transaction, how to use the telephone or how to find your way home probably points to a more serious underlying memory problem, such as mild cognitive impairment, the early stages of Alzheimer’s disease or another form of dementia.

Dementia is not a specific disease. It is an umbrella term used to describe a collection of symptoms that include changes in thinking, memory and other cognitive functions. These symptoms can be associated with a number of different neurological disorders that each affect the brain in various ways. Dementia patients have significantly impaired intellectual functioning that interferes with their ability to complete activities of daily living (ADLs) and maintain relationships. Seniors with dementia may also lose the ability to solve problems and control their emotions, and they may experience personality changes and behavioral issues, such as agitation, delusions and hallucinations.

Initial warning signs are typically very subtle, and family members may not notice marked changes in a loved one’s thinking, functioning and behavior until they become more severe. Common red flags include:

Read: 10 Signs of Alzheimer’s Disease and Other Dementias

Although dementia primarily affects elderly individuals and is becoming increasingly common, it is not a normal part of the aging process. Even one of the cognitive issues above can have serious real-world consequences, such as making it difficult for a senior to pay their bills on time, manage and attend appointments, keep a household in order, feed themselves, or socialize with family and friends.

Medical Conditions That Can Mimic Dementia

While memory loss is a common symptom of many kinds of dementia, changes in memory alone are not sufficient for a diagnosis. Doctors will diagnose an individual with dementia only if two or more brain functions—such as memory and language skills—are significantly impaired. Some of the diseases that cause symptoms of dementia are Alzheimer’s disease, vascular dementia, Lewy body dementia, frontotemporal dementia, Huntington’s disease and Creutzfeldt-Jakob disease.

Doctors have identified other medical conditions that can cause dementia or dementia-like symptoms, including reactions to medications, normal pressure hydrocephalus, metabolic problems and endocrine abnormalities, nutritional deficiencies, urinary tract infections (UTIs), brain tumors, anoxia or hypoxia (conditions in which the brain’s oxygen supply is either reduced or cut off entirely), and heart and lung problems. Even hospitalization and surgeries can cause changes in a senior’s mental state, which may be temporary or permanent.

What to Do if You Think Your Parent Has Dementia

Caregivers who are worried about their aging parents’ cognitive health should ensure they make an appointment with a doctor as soon as possible for a thorough physical and mental health evaluation. This comprehensive checkup should include bloodwork and urine tests to rule out other causes of cognitive decline as well as a series of mental assessments to check their memory, problem solving skills, and math and language skills. Diagnostic imaging may be necessary as well.

A complete medical exam for memory loss should review a person’s medical history, including their use of prescription and over-the-counter medications, diet, past medical problems and general health. A correct diagnosis depends on accurate details. Sometimes dementia patients cannot recognize their impairment (a symptom called anosognosia), so the doctor may request additional information from a family member, caregiver or close friend.

It is important to note that there is no single, definitive diagnostic test for dementia. Physicians like neurologists, geriatricians and psychiatrists typically use a combination of tests and assessments to diagnose dementia.

If your elderly loved one is showing signs of dementia, it is important to schedule these tests and assessments immediately. Sometimes, this is easier said than done since many seniors refuse to go to the doctor. Those who do attend appointments may somehow manage to put on a convincing performance for their physicians that all is well—a phenomenon called “showtiming.” Even if a parent has not authorized the doctor to discuss your parent’s care with you, you can still share your concerns with their medical provider in person, by email or by phone.

Although a dementia diagnosis might not be made when symptoms initially present, the results of these tests can be used as a baseline for comparison against the results of future testing. Establishing a cognitive baseline is important for anyone who is concerned about their future cognitive health.

Planning for a Parent’s Future

Early diagnosis is crucial for allowing dementia patients and their families to effectively prepare legally, financially and medically. Ideally, most of these preparations and discussions will have taken place long before you suspect changes in their mental state. If not, helping your parent spell out their wishes while they are still capable of participating is an important step in planning for their future. Clarifying what is (or may be) happening to a parent’s memory, judgement, moods and behaviors also makes it much easier for their loved ones to accept these changes and come together to create a care plan that accommodates them.

Read: Planning Ahead for Mom and Dad’s Care