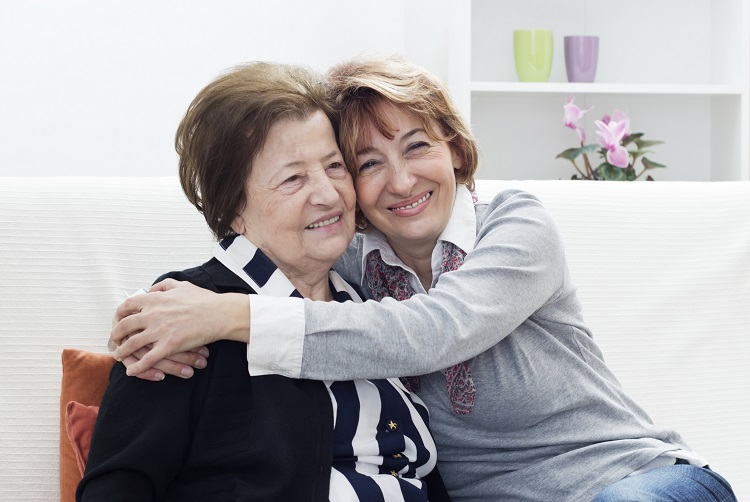 An analysis of U.S. Census data conducted by the Population Reference Bureau predicts that the number of people age 65 and older in the United States will nearly double to 95 million by 2060. As the massive baby boom generation ages and life expectancy in this country increases, so does the prevalence of chronic medical conditions like Alzheimer’s disease and the need for long-term care.

Elder care services are notoriously expensive, and countless seniors and their relatives prefer to keep the intimate task of caregiving in the family. These and many other factors have led more than 41 million Americans to step in and provide unpaid care for older adults. Half of these informal caregivers are providing help to an aging parent or parent-in-law.

Despite a modern trend towards a more gender-balanced population of family caregivers, the Caregiving in the U.S. 2020 report presented by the National Alliance for Caregiving (NAC) and the AARP Public Policy Institute shows that the majority of caregivers (61 percent) are still female. While this margin may seem slim, taking a closer look at the type of care that each gender provides sheds light on how caregiving responsibilities are divvied up amongst men and women.

Differences Between Male and Female Caregivers

When it comes to parent care, family composition has a direct impact on who is burdened by caregiving responsibilities. A 2014 research paper presented at an American Sociological Association meeting found that the amount of care daughters provide their aging parents is primarily affected by the constraints they face (e.g., jobs, childcare), but the amount of caregiving sons contribute is associated only with the presence or absence of other care team members, such as sisters or a parent’s spouse.

The Consequences of Caregiving

In addition to the time that adult children put into caring for their aging parents, this role has a significant impact on various aspects of everyday life, such as work. Six in 10 caregivers are employed at some point while providing care and the majority of working caregivers report having to make workplace accommodations, such as cutting back their hours, turning down promotions and taking time off. Higher-hour caregivers (who are predominately female) are most likely to report these kinds of negative impacts on their career.

Balancing work, family life, self-care and caregiving is a challenge. In many cases, something must give, and family caregivers often choose to put their professional aspirations on hold by quitting or retiring early. This decision can financially hamstring the entire family. In addition to the immediate reduction in household income, caregivers who stop working lose out on months or even years of earnings, benefits and work credits for retirement programs like Social Security and Medicare. Giving up a job has a lasting impact on one’s current financial situation and plans for one’s own retirement and care.

Caregiver burnout is another serious consequence of taking on this role. Without balance and regular respite care, burnout can take root and wreak havoc on a caregiver’s physical and mental health. Caregivers often experience this all-encompassing type of exhaustion when they strive to do more than they are realistically capable of. Chronic stress related to caregiving can lead to heart disease, anxiety, depression and other ailments that may persist long after caregiving itself ends.

When the career impact of caregiving is combined with the physical, emotional and financial hardships of the role, Grigoryeva argues that the challenges faced by daughters caring for their aging parents could be widening the gender gap with regards to both money and health.

“The U.S. has been gradually becoming a more gender egalitarian society since the 1970s,” she admits. However, her study shows that gender inequality remains a serious problem when it comes to caring for elderly parents.

In the wake of such findings, the discussion naturally shifts to why daughters and sons differ so drastically in their caregiving roles. The most popular arguments are usually propped up by gender stereotypes about women being natural nurturers and men being action-oriented problem solvers. Women have historically been a fixture in the domestic sphere where caregiving duties primarily transpire, whereas men are strongly encouraged to work outside the home.

According to a 2017 Pew Research Center survey, more than half (53 percent) of respondents say that American society values the contributions men make at work more than the contributions they make at home. The same survey also found that, while most respondents (69 percent) thought men and women would do an equally good job caring for a family member with a serious illness, 40 percent believed women would perform better. Only one percent of respondents believed men would do a better job caregiving.

While there are plenty of male caregivers stepping up to provide excellent care for their parents, spouses, friends and other family members, the truth is that families typically look to women first to serve in this role. At the end of the day, though, what matters most is compassion, patience and resiliency. Men and women alike face the myriad challenges of elder care and require more accessible respite and support. No caregiver is perfect or “better” than another. In fact, some people, regardless of gender simply are not cut out for this role—and that’s okay, too.

Here’s what some members of the AgingCare.com Caregiver Forum have to say about the subject of male versus female caregivers:

So, what do you think? Is there really a difference between male and female family caregivers and the struggles they face?