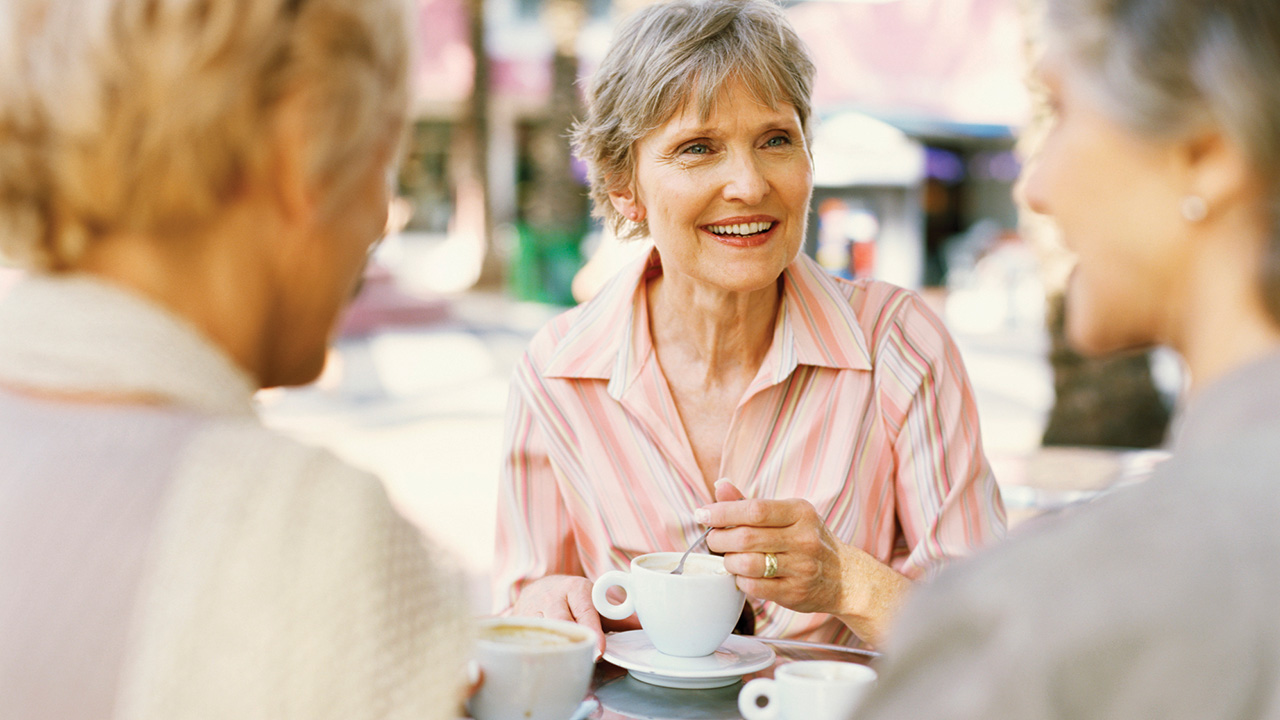 Our sense of taste helps us recognize when food is healthy or harmful. When a person loses this sense or it becomes altered, it can cause a reduction in appetite, weight loss, poor nutrition, weakened immunity and even death. Understanding how one’s perception of taste can change with age is an important step towards preventing these adverse health effects.

A normal sense of taste occurs when molecules released by chewing stimulate special sensory cells in the mouth and throat. These taste cells, or gustatory cells, send messages through specialized nerves to the brain, where specific taste profiles are identified.

Gustatory cells are clustered within the taste buds of the tongue, roof of the mouth and lining of the throat. Many of the small bumps that can be seen on the tip and surface of the tongue, called papillae, contain taste buds. At birth, most people have between 2,000 and 10,000 taste buds.

Humans can experience five basic taste sensations: sweet, sour, bitter, salty and umami. Umami is a savory sensation that was discovered by a Japanese scientist in the early part of the twentieth century. Specifically, it is the taste of glutamate, a building block of protein found in foods like chicken broth, cooked meats and some cheeses. Umami is also the taste associated with MSG (monosodium glutamate), an additive that is often used in foods as a flavor enhancer.

The five taste qualities above combine with other oral sensations, such as texture, spiciness, temperature and aroma, to produce what is commonly referred to as flavor. It is this combination of qualities that lets us deduce what we are eating.

Many people are surprised to learn that we recognize flavors largely through our sense of smell. For example, if you hold your nose while eating a piece of chocolate, you will be able to detect its sweetness and bitterness but be unable to identify the chocolate flavor. That’s because the distinguishing characteristic of chocolate is largely identified by our sense of smell as aromas are released during chewing.

This explains why our ability to sense food flavors is diminished when we experience a head cold or nasal congestion. With a stuffy nose, food aromas are unable to reach the sensory cells that detect odors and aid in gustatory sensation. In many cases a loss of or change in taste is actually due to changes in one’s sense of smell.

How Aging Affects the Senses

Typically taste bud cells are replaced every week or two, but after age 50, these cells begin to lose their sensitivity and ability to regenerate. Olfactory nerve endings and mucus production in the nose may also decline, weakening one’s sense of smell. When taste and smell are impaired, a person may change his or her eating habits, whether consciously or unconsciously. Some people may eat too little and lose weight, while others may eat too much and gain weight. This may seem like a mere inconvenience, but the dietary changes that result from a distorted sense of taste can be a serious risk factor for heart disease, diabetes, stroke and other illnesses that require sticking to a specific diet.

Many older people believe that there is nothing they can do about their weakened sense of taste, but, depending on the underlying cause, a doctor may be able to suggest treatments for or ways of coping with this problem. It’s important to see a doctor if you find yourself or someone you love complaining of taste issues or developing new or unusual eating habits.

Other Causes of Taste Loss

Problems with taste are caused by disruptions in the detection of taste/smell, the transmission of gustatory and olfactory messages to the brain or the way the brain interprets these messages. The following culprits may be to blame:

One type of taste disorder is characterized by a persistent metallic, bitter or salty taste in the mouth. This is called dysgeusia and it occurs in older people, usually because of medications or oral health problems.

While there are numerous medications that can cause dysgeusia, those most frequently associated with this side effect include statins for lowering cholesterol, antibiotics, medications for lowering blood pressure, anxiety medications and antidepressants. Discuss gustatory side effects with the prescribing doctor and ask if there is an alternative medication available.

Certain lifestyle choices and environmental factors can also impact one’s sense of taste. Smokers often report improved senses of taste and smell after they quit using tobacco products. Sometimes exposure to certain chemicals, such as insecticides and solvents, and even allergens can impair taste. Respiratory infections are also well-known culprits, which is yet another reason why regular hand-washing and proper vaccination are important preventive measures.

Sometimes changes in taste can even indicate the presence of an underlying medical condition. For example, in the early stages of type 2 diabetes, altered taste may occur due to fluctuations in a person’s blood sugar. Neurological conditions such as Alzheimer’s disease, Lewy Body dementia and Parkinson’s disease can also have significant effects on one’s sense of smell (and therefore taste).

Types of Taste Loss and Their Symptoms

There are several types of taste disorders that are categorized depending on how one’s sense of taste is affected. The most common taste complaint is “phantom taste perception,” or tasting something when nothing is in the mouth. Some people have hypogeusia, or the reduced ability to taste. This disorder is usually temporary.

Other people can’t detect taste at all, which is called ageusia. This type of disorder can be caused by head trauma, some surgical procedures, such as middle ear surgery or extraction of the third molar, radiation therapy, and viral infections. People with ageusia are usually unable to detect one or more of the individual taste categories (sweet, sour, bitter, salty and umami) rather than a total inability to perceive all five tastes.

Diagnosis of Taste and Smell Disorders

True taste disorders are actually rare. In fact, most changes in the perception of food flavor result from a loss of smell. Because of this, it is usually beneficial for those experiencing issues with taste and/or smell to see an otolaryngologist, a doctor who specializes in diseases of the ear, nose and throat. After conducting a complete medical history and physical examination, the doctor may run special tests to determine the type and severity of taste disorder that is present.

Scientists have developed taste tests in which patients respond to different taste concentrations of a substance. This may involve a simple “sip, spit and rinse” test or the application of a substance directly to the tongue using an eye dropper. If the doctor suspects that nerves in the mouth or head may be affected, they may order an X-ray (usually a CAT scan) to inspect areas of the head and neck.

Although there is no treatment for the gradual loss of taste and smell that occurs naturally with aging, relief from taste disorders is possible for many older adults. Working with a physician and experimenting with different flavors and foods are the best steps toward safeguarding one’s health and continuing to enjoy nutritious meals.