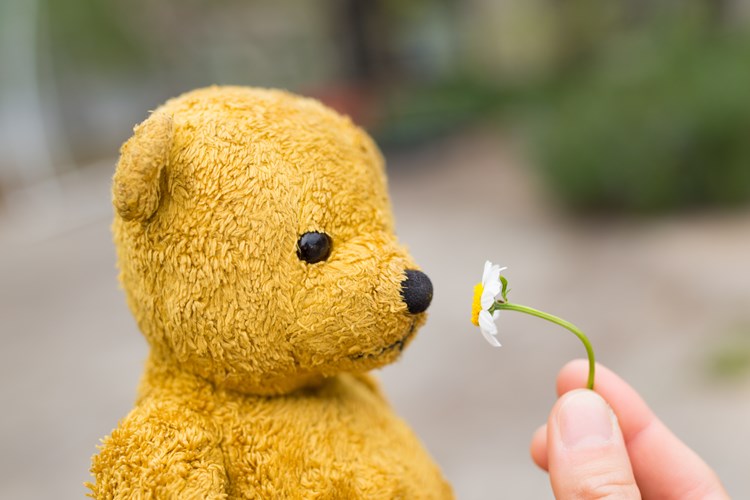 Dulling of the senses, such as sight, smell, hearing and taste, is a common, naturally occurring phenomenon. The prevalence of changes in sense of smell increases with age. According to a 2016 study published in the journal Chemical Senses, 23 percent of Americans over age 40 experience changes in their sense of smell, but this number increases to 31.7 percent for those age 80 and older.

While changes in sense of smell are a minor annoyance for most people, they can affect a senior’s eating habits, health and quality of life. Learn how to differentiate between age-related loss of smell and more serious underlying health conditions and how these issues should be addressed.

How Does Our Sense of Smell Work?

The sense of smell, or olfaction, is part of a chemical sensing system, along with the sense of taste. Normal smell occurs when odors stimulate specialized olfactory receptor cells that are located deep in the nasal cavity. Odors are comprised of “odorant molecules” that are easily evaporated into the air and inhaled. When receptor cells detect these molecules, they send nervous signals to the olfactory bulb and then the brain, which registers a particular smell and deduces where it may be coming from.

Odors can reach the sensory cells via two pathways. The first is by inhaling these molecules directly into your nasal passages. The second pathway is less familiar to most people and involves the detection of odorant molecules that are introduced via the mouth. When we chew our food, aromas are released, which enter a channel that connects the roof of the throat to the nasal cavity and then stimulate the olfactory receptor cells. This channel is often blocked when a person comes down with a cold or experiences other causes of congestion and temporarily affects the ability to smell and/or taste.

Types of Changes in Sense of Smell

There are several types of smell disorders that are characterized by how the sense of smell is affected.

Temporary Reductions in Sense of Smell

Hyposmia is a reduced ability to sense odors. A common cause of diminished smell is nasal congestion related to allergies and upper respiratory tract infections. Hyposmia is usually temporary and goes away when the infection is cleared and nasal inflammation subsides.

A total inability to smell is called anosmia. Causes of this smell disorder include chronic nasal inflammation, head trauma that damages nerves involved in olfaction, and sometimes aging. Viral upper respiratory infections can also damage or destroy olfactory receptors, but a complete loss of smell is relatively rare.

A person’s sense of smell declines gradually over time, especially after age 70. This phenomenon is called presbyosmia and is not preventable. According to the U.S. National Library of Medicine, presbyosmia may be related to a loss of nerve endings and reduced mucus production in the nose, which facilitates the detection of smells.

However, medical researchers from Australia have found that true age-related olfactory decline appears to be much more gradual and less prevalent among healthy seniors without other risk factors for smell disorders. Their findings suggest that, while advancing age plays a role in the loss of smell, other factors that are more common with age, such as neurological disorders and medication use, may have a more pronounced effect on olfactory function.

Changes in Perception of Smell

One type of dysosmia involves the perception of an odor that isn’t present at all. This peculiar change is called phantosmia and may also be referred to as olfactory hallucination.

Risk Factors for Loss of Smell

Smell disorders can have many different causes. According to the National Institutes of Health, the following risk factors can play a part in both temporary and permanent smell disorders:

In some cases, a loss of smell can indicate the presence of a new or worsening underlying health condition. For example, the neurodegenerative processes involved in Parkinson’s disease and Alzheimer’s disease (AD) can damage the nerves involved in olfaction. Researchers have shown that olfaction worsens as patients progress from mild cognitive impairment to Alzheimer’s, highlighting the potential for olfactory dysfunction to identify AD in the preclinical stages. Early diagnosis of any kind of neurological condition is crucial for proper planning and preparation. It is crucial to seek medical advice immediately regarding any changes in neurological function, such as smell.

Consequences of Loss of Smell

While senses like hearing or sight may seem more important to one’s quality of life, the sense of smell also plays a key role. Like all our other senses, olfaction is part of a complex system that allows us to gather information from and fully interact with our surroundings.

Olfaction gives us insight into features of our environment that might not otherwise be obvious using our other senses. A strong sense of smell keeps us safe in several ways. For example, food that looks fresh may actually be spoiled. A diminished or distorted sense of smell (which can also affect taste) may prevent a senior from determining something is inedible. Specific odors can also alert us to danger, such as smoke from a fire or the presence of strong chemicals or a gas leak.

To make matters worse, many seniors are not even aware of changes in their sense of smell because they tend to happen slowly over time. In some cases, an incident like consuming spoiled food or a delayed reaction to an emergency may be what causes them to realize their ability to smell has changed. When other senses dull along with one’s olfactory ability, it increases the likelihood of mishaps and accidents.

Changes in Dietary Preferences and Habits

Since the senses of smell and taste are so closely connected, it makes sense that appetite and diet are often affected by a loss of smell. Olfactory disorders often interfere with the ability to fully enjoy the flavors of food. This can lead to appetite loss, changes in food preferences or even overeating. Many people mistakenly believe they have a problem with taste when they may actually be experiencing an issue with their sense of smell.

Some seniors with a diminished sense of smell may lose interest in meals, eat less and lose weight. Many elders (consciously or unconsciously) resort to eating more sugary or salty foods because these flavors tend to be much more pronounced despite a limited ability to enjoy associated aromas. This can lead to overeating and weight gain. Changes in an older adult’s sense of smell can significantly affect their nutrition, overall health and quality of life, especially if they also have other medical conditions, such as diabetes or heart disease.

In severe cases, loss of smell can contribute to depression. Olfaction and memories are very closely linked. In fact, the sensory receptors in the nasal cavity send information about odors along the olfactory system to areas of the brain, including the amygdala, hippocampus and orbitofrontal cortex. These areas are responsible for regulating emotions, memory, behaviors and learning.

Most people have experienced times when certain scents trigger strong emotions or memories. A diminished or distorted sense of smell can deprive a senior of such reminiscent experiences and interfere with their ability to enjoy seemingly minor sensory encounters that are integral to enjoyment of one’s daily life.

If you or a loved one are experiencing a loss of smell, make a doctor’s appointment. In some cases, a referral to an otolaryngologist, a physician who specializes in diseases of the ear, nose and throat, may be necessary. After conducting a complete medical history and physical examination, the doctor may run special tests to determine the extent and nature of a smell disorder.

Some tests measure the smallest amount of odor a patient can detect and/or identify. For example, a smell identification test is a type of “scratch and sniff” test used to determine how well a patient can identify various odors from a list of possibilities. Sniffin’ Sticks are odor-dispensing devices that may also be used to test odor identification, odor discrimination and olfactory threshold.

In some cases, a senior may need a nasal examination using a nasal endoscope, an instrument that illuminates and magnifies the interior areas of the nose where the problem may exist. This test can help identify nasal inflammation, congestion and/or growths in the area and help the doctor select the right treatment. Imaging, such as a CT scan, can be used to examine deeper areas of the nasal cavity and sinuses.

Treatments for Changes in Sense of Smell

Although there is no treatment for true presbyosmia (loss of smell with age), relief from smell disorders stemming from other causes is possible for many older people. Depending on the underlying cause of an elder’s olfactory loss, a doctor may be able to treat it or at least suggest ways of coping with it.

Certain medications can cause smell disorders. Older adults should speak to their doctors about their medication regimens, possible olfactory side effects, alternative drugs and/or a reduction in dosages to preserve their sense of smell. On the other hand, certain medications may help to improve smell and sometimes taste. If allergies are a concern, antihistamine medications can minimize nasal congestion and inflammation.

Your doctor may suggest short-term use of oral steroid medications like prednisone, or steroid nasal sprays that can be used for longer periods of time to reduce inflammation. Antibiotics are also used to fight nasal infections. The effectiveness of these medications depends on the severity and duration of the nasal swelling or infection. More severe cases of inflammation and growths in the nasal cavity, such as nasal polyps, may need to be treated surgically.