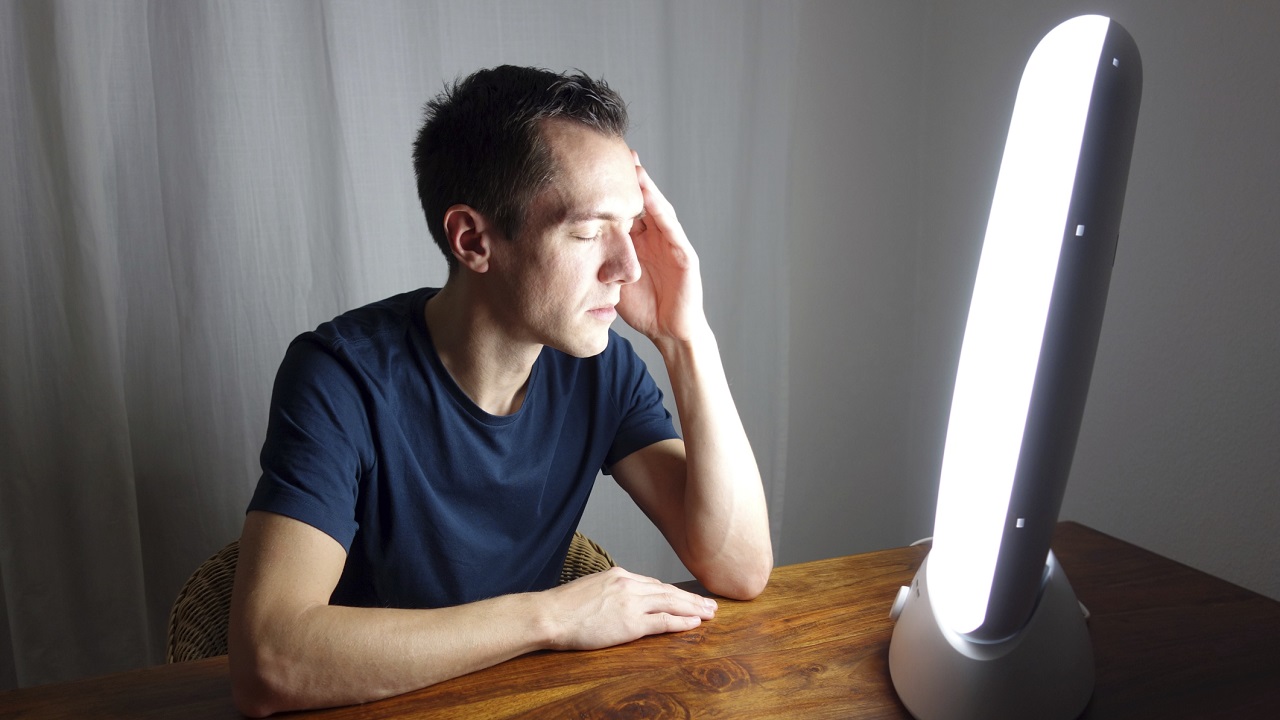 The fall and winter seasons are best known for family gatherings, rich food, gifts and joyous celebrations. But for some individuals, this time of year can also bring on unexplained fatigue, irritability and sleep problems.

These depressive episodes may be symptoms of a condition called seasonal affective disorder (SAD). According to the National Institute of Mental Health, SAD commonly affects women more often than men, those who live at higher latitudes (farther away from the equator), and those who already struggle with mood disorders like depression and bipolar disorder.

Although the specific causes of SAD are not known, it is speculated that adjustments to one’s biological clock can trigger symptoms. During the autumn and winter months, we receive less sunlight as daylight hours decrease and the nights become longer. Light affects levels of chemicals in the brain that regulate moods and sleep/wake patterns. This is why people who have difficulty falling asleep are discouraged from watching TV or using bright phone or computer screens before bed. A simple decrease in exposure to natural sunlight can affect circadian rhythms and cause disruptive symptoms, especially when combined with other existing health issues and lifestyle factors.

Alzheimer’s disease and other types of dementia affect various processes in the brain, including circadian rhythms. Because of this, many individuals living with dementia experience sleep disorders and disturbances, especially as the condition progresses. Parkinson’s disease is often accompanied by similar symptoms as well. Studies have shown that approximately 44 percent of Alzheimer’s patients are affected with a sleep disorder, and 90 percent of seniors with Lewy Body disease (Lewy body dementia and Parkinson’s disease with dementia are so similar that they are often grouped together as Lewy Body disease) are affected by sleep and circadian disturbances.

One of AgingCare.com’s bloggers, Rick Phelps, was diagnosed with early-onset Alzheimer’s in 2010. He knows firsthand how difficult it can be for a person with this condition to get a good night’s sleep at any time of year.

“I go to bed late, wake up at least once nightly and then have to get up,” Phelps explains. “When I get up, I sometimes stay up for hours, knowing that I cannot get back to sleep. There is nothing going on at 3 a.m., but I have to get out of bed. Lying there with my mind racing a hundred miles an hour just makes things worse. Sometimes I think when a patient gets up in the middle of the night, it isn’t always to wander aimlessly; they simply can’t lay there any longer.”

Symptoms like Phelps’ restlessness and insomnia are common for those living with dementia. However, sleep deprivation can be especially dangerous for patients, since it can further impair their memory, judgement, immune function and ability to regulate emotions.

Another common effect that dementia has on circadian rhythms is called “sundowning.” Sundown syndrome occurs when a dementia patient (typically in the moderate and severe stages of the disease) becomes increasingly confused and agitated later in the day as night approaches. This disorientation can be extremely frustrating and exhausting for patients and their caregivers, especially if it lasts well into or throughout the night.

Read: Sundown Syndrome Can Worsen During Fall and Winter Months

Since dementia patients’ sleep/wake cycles, cognition and moods are already negatively impacted, seasonal changes can contribute to these symptoms and result in troubling dementia behaviors. One study of the association between seasons and cognition in older adults (some of whom had been diagnosed with Alzheimer’s disease) found that average cognitive functioning declined significantly during the colder, darker months. Even after controlling for influential factors, such as depression and sleep quality, researchers concluded that the drop in participants’ cognitive performance during winter and spring was equivalent to 4.8 years of normal cognitive decline.

Caregiving Can Affect Your Sleep Cycle and Mood

Family caregivers are under a great deal of stress and often suffer from poor sleep in order to meet their care recipients’ ever-changing needs. It can be especially difficult for dementia caregivers to get adequate rest if they are worried that their loved ones may wander during the night.

Even if a caregiver is able to get some shut-eye, it is usually short-lived and not the quality sleep they desperately need. Like new parents, caregivers who live with their care recipients tend to be constantly “tuned in” just in case someone requires their assistance. Coupled with seasonal changes, the effects of caregiver stress and disrupted sleep can be debilitating.

If you or your loved one is having difficulty sleeping or experiencing low mood this winter, a simple solution is available. Light therapy is a popular non-pharmaceutical treatment for individuals experiencing disruptions in their biological rhythms and temperament.

A light therapy box is a lamp-like device that is brighter than normal indoor light fixtures. It is meant to simulate natural light and minimize the effects of decreased sun exposure that many people experience during fall and winter. Most bright light therapy devices filter out ultraviolet (UV) wavelengths, which can be harmful to your skin and eyes. Be wary of those that lack this capability (especially if you are taking medication or have a condition that makes you more sensitive to sunlight).

These devices are available without a prescription, but a psychiatrist or other health professional can recommend phototherapy and specific ways of utilizing it to maximize the benefits. Most people use a light box early each morning for anywhere from 15 minutes to an hour or two. The duration of exposure depends upon one’s unique needs and the intensity of the light box, which is measured in lux.

Indirect exposure is crucial to the success of this treatment because staring directly at the light will damage your eyes. The best part about this option is that it doesn’t require any effort and it can be seamlessly incorporated into a person’s existing daily routine. Individuals utilizing this course of treatment typically watch TV, read, eat a meal or work during phototherapy sessions.

Studies of bright light therapy for dementia patients have showed mixed results but generally trend toward a positive effect with minimal negative effects. Benefits may include a decrease in night-time awakenings and improvements in sleep onset latency (the time it takes one to fall asleep), total sleep time, time spent in bed, and sleep efficiency.

It is of utmost importance for caregivers to make their own health a priority even though their loved ones’ well-being often becomes their focus. Complementing normal, everyday activities with bright light therapy may be just what you need to lift your spirits this winter season, minimize your loved one’s sundowning behaviors or overcome insomnia. Better sleep and more stable moods can easily improve your quality of life and that of your loved one.