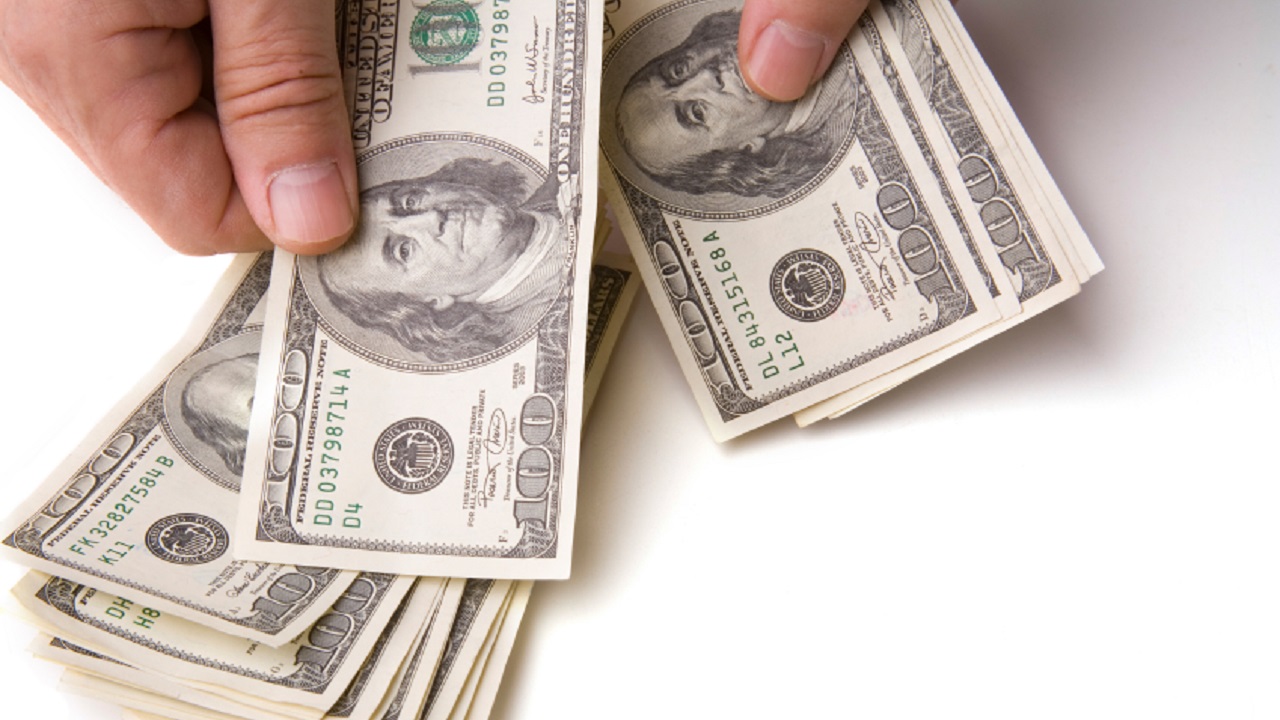 Here’s a typical scenario I’ve seen play out many times: A family meets with a certified elder law attorney, comes up with a plan of action for covering the costs of long-term care for an aging loved one, and accounts for the possibility of using Medicaid to assist in this. Time goes by, and the senior has applied for long-term care Medicaid, been approved, and moved into a nursing home. Through careful asset protection planning and Medicaid spend-down processes, the family has managed to preserve many of the senior’s assets and feels that the lawyer’s fees were well worth it!

Years of Medicaid-covered skilled nursing care go by, and then the senior passes away. Before family members even finish grieving, one of them receives a letter from the Medicaid estate recovery program (MERP) requesting repayment of every dime the state shelled out for the senior’s care. The whole family is caught off guard.

Once a senior applies and is approved for Medicaid coverage of long-term care, most families assume that the only thing left to worry about is maintaining financial and functional eligibility. You’ve proven that a loved one cannot afford the level of care they require, so there isn’t anything left to do when it comes to covering and repaying costs, right? Unfortunately, dealing with Medicaid is rarely that simple.

What Is Medicaid Estate Recovery?

The goal of the MERP is to recoup all the money that Medicaid spent on a beneficiary’s care. Prior to 1993, each state could choose whether to implement an estate recovery program. However, in that year the Omnibus Budget Reconciliation Act of 1993 (OBRA-93) was passed, changing the Medicaid payback rules. This act mandated that every state must seek reimbursement from its Medicaid beneficiaries’ estates upon their deaths. However, recovery is limited to beneficiaries who were 55 or older when they received Medicaid benefits and beneficiaries of any age who were permanently institutionalized.

This doesn’t just apply to seniors in nursing homes either. According to a U.S. Department of Health and Human Services (HHS) policy brief, states must pursue recovering costs for medical assistance consisting of:

Most people mistakenly believe that an aging loved one qualifies for a government handout through Medicaid, but what they really qualify for is an interest-free loan. The loan becomes due upon the person’s death and, like any lender, the state wants its money paid back.

You may be thinking, “Wait a minute… To qualify for Medicaid, a person must prove that they are essentially broke. Where exactly is this money coming from to pay Medicaid back?”

The good news is that, if a Medicaid recipient owns no assets when they die, then the state is simply out of luck. The MERP can’t go after a beneficiary’s kids for money, either. In order for the state to be repaid, a beneficiary must have had a legal interest in some kind of asset(s) at the time of death.

What Can Medicaid Take After Death, and What Assets Are Exempt from Medicaid Estate Recovery Rights?

In many states, the only “legal interest” of a deceased Medicaid recipient that is taken into consideration is the individual’s so-called “probate estate.” This includes any assets that are titled in the sole name of the beneficiary or as a “tenant in common” if jointly owned. These are the assets that will pass according to a person’s will and go through the probate process.

In these states, assets that do not go through the probate process, such as joint bank accounts, stocks with a “TOD” (transfer on death) beneficiary, bank accounts with a “POD” (payable on death) beneficiary, annuity interest and real estate that is titled as “joint tenants with right of survivorship” (JTWROS), are all protected against the state’s claim for reimbursement.

Several other states, however, have passed laws that permit recovery against an “expanded definition of estate.” The federal Medicaid laws permit this. Under this expanded definition, a person’s estate includes jointly owned property, life estates, living trusts and any other assets in which the deceased Medicaid recipient had legal interest at the time of death. This goes against hundreds of years of common law, but it is legal and there have been many court cases that have upheld this.

Now, if you live in one of the “probate estate only” states, you should feel lucky. Just remember that your state can revise its laws and broaden its definition of estate for recovery purposes at any time. It is important to note that Medicaid recipients will not be grandfathered in if they receive Medicaid benefits before state laws are changed.

So, what can families do to minimize the impact of the Medicaid estate recovery process? Are there exceptions to this harsh rule? First of all, in states where recovery of benefits paid is only made by a claim against probate estates, all you need to be sure of is that the Medicaid recipient has no probate estate at death. This can be accomplished by ensuring that all the recipient’s assets are jointly owned with right of survivorship (JTWROS), or in POD, TOD, or annuity form. This estate-planning strategy is similar to those used to avoid probate for other reasons.

For example, a senior (Mary) can title an automobile in joint names with a child (John), such as “Mary Smith and John Smith, JTWROS.” Upon Mary’s death, sole title to the car passes automatically to John outside of the probate process. Since one car of any value is considered exempt by Medicaid during Mary’s lifetime, it’s protected until she passes away and then avoids probate and estate recovery. (Be sure to check your state’s motor vehicle titling rules to be sure this example will work in your state!)

The same approach can even be used for a senior’s home. A Medicaid recipient’s house is normally exempt during their lifetime as long as its equity value does not exceed the state’s limit. (2022 Medicaid income and resource standards set the limit in most states at $636,000, but some have increased this limit to $955,000. California does not enforce a maximum home equity value limit.) The recipient’s home only becomes an issue upon their death. To avoid the house being included in the person’s probate estate, once again you can title the house as JTRWOS. Proceed cautiously, though. Adding another person’s name to the deed functions as a gift of an interest in the house effective upon the date of the deed change.

For example, when Mary has her attorney add her son John to the deed, she legally makes a gift of 50 percent of the house to him. Although gift tax is rarely an issue in these transactions, it should be taken into consideration. More importantly, though, this is a Medicaid-disqualifying transfer with a large penalty attached. If Mary wants to go this route, she may be unable to apply for Medicaid for up to five years after she alters the deed to her home, thanks to the Medicaid look-back rules.

Another important consideration in this scenario is the possibility of John getting sued or divorced. Mary may still think of the entire house as “hers,” but one of John’s creditors or his divorcing spouse will view his 50 percent interest in the home as an asset that could be tapped. Mary may find herself out on the street if the house must be sold to satisfy a judgment or divorce settlement.

Some states permit adding another person to the deed by giving them less than 50 percent interest, which could reduce the amount of the gift, but that is something only an experienced attorney in your state can determine for you. Be aware that the laws for real estate law and other assets may differ from the rules for Medicaid eligibility purposes. Therefore, it is crucial that the attorney who is handling these planning strategies is current on the effects that each will have on Medicaid eligibility.

While state Medicaid programs are very interested in recouping the funds they spend on their residents’ care, there are some exemptions to the MERP. One of the simplest rules is if a recipient was under age 55 at the time they received Medicaid benefits other than institutional care, then they are exempt from estate recovery.

Secondly, if a Medicaid beneficiary is survived by a spouse, a child under age 21, or a blind or disabled child of any age (according to the SSI definition of disability), they will also be exempt from estate recovery. Technically, the federal law states that recovery can be made only after the death of the Medicaid recipient’s surviving spouse (if any). For example, if the surviving spouse dies a month after the Medicaid recipient, a state could file a claim for recovery at that time. Many states, however, have taken a more liberal reading of this law, and so long as there is a surviving spouse, no recovery will be made regardless of when they die. Once again, you’ll need to check specific state laws to find out which rule applies.

Notwithstanding the above, even in a state where recovery may be made after a surviving spouse’s death, there is typically a statute of limitations on Medicaid estate recovery that bars claims made more than a certain number of months after the beneficiary’s death. In many states, that limit is one year. So, in a state with this rule, if the surviving spouse dies more than a year after the Medicaid recipient, it will be too late for the state to file its claim for estate recovery.

Finally, there will be no recovery made against the exempt home of a Medicaid recipient (i.e., it will not have to be sold to pay back the state) in either of these two scenarios:

If all else fails, there’s an exemption that prohibits estate recovery if such recoupment would place undue hardship on the surviving family members. For example, if the asset in question for the MERP process is a business, and a forced sale of that business would put surviving family members out of work, then it is considered exempt.

Keep in mind that Medicaid planning is not a do-it-yourself project. Each state’s Medicaid and estate planning laws are different, so it is important to receive accurate legal advice before deciding on and implementing a strategy. Selecting a reputable attorney with specialized experience in these areas of law is crucial for avoiding costly mistakes down the road.