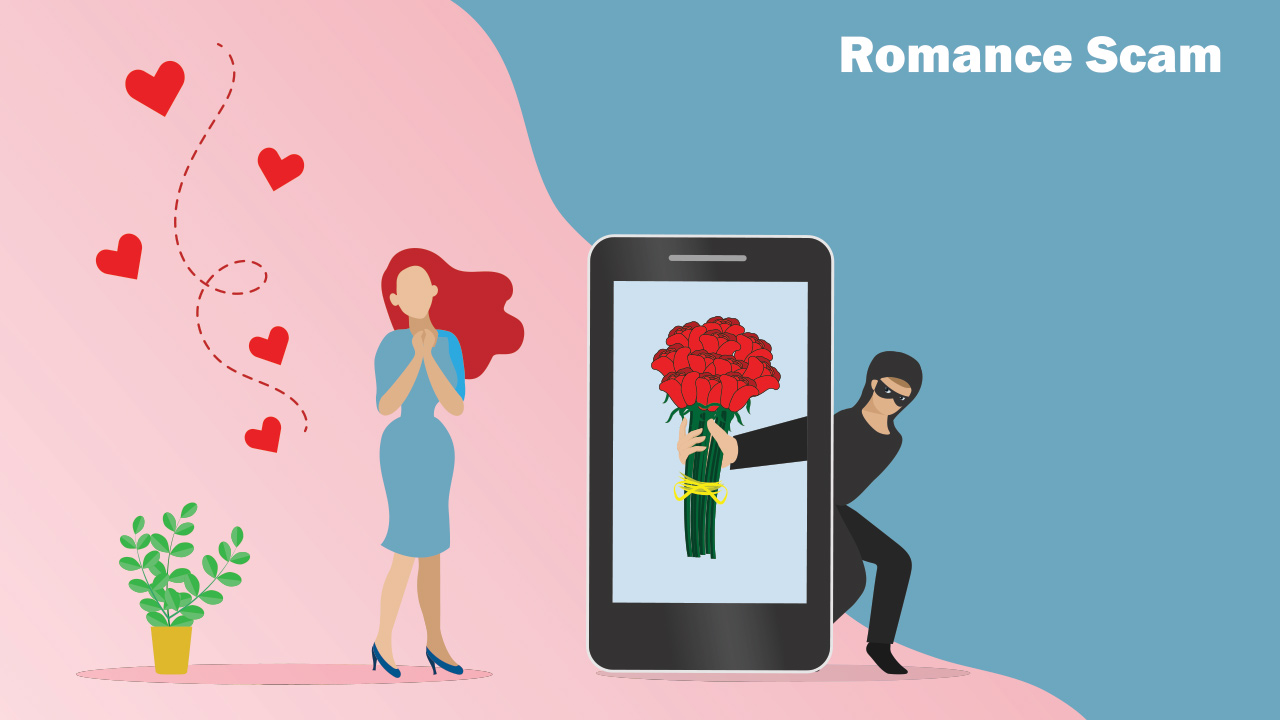 Deception is a ghastly game,
Yet, played by many all the same.
Our hearts were blind to their intent.
Our trust in others now is spent.
The wolf in sheep’s clothing never laments.

We have all heard different versions of how a well-educated, respectable member of the community was somehow duped into sending large quantities of money to a complete stranger. Sometimes the person in the story has even lost their entire life savings. At first, we are shocked and dismayed, but then we pause and think to ourselves, “That could never happen to me!”

The “sweetheart scam” is one of the most widely utilized modes of preying upon a victim for financial gain. In 2020, the FBI’s Internet Crime Complaint Center (IC3) received reports from 6,817 elderly victims who experienced over $281 million in losses to confidence fraud and romance scams.

These schemes are commonly perpetrated online, but they can also occur in person. A scammer convinces their victim that they are in love, uses these emotions to build trust and then bilks money from the unsuspecting person—oftentimes a lonely senior. This is all brilliantly orchestrated, like a maestro conducting a symphony.

People often wonder how someone could be so foolish as to get involved with a stranger and send them money. Although almost any age group can be lured into this game of deceit, the number one target of sweetheart scams is usually men and women over age 40. Seniors—especially widows, widowers and recent divorcees—are particularly vulnerable to this manipulation of the heart. And it is not gender specific either; both men and women are equally victimized.

“With most internet scams, including the sweetheart scam, it is difficult to identify the perpetrators due to the fact that they are usually conducting their business from outside of the United States,” he says. “Cooperation from foreign governments is often spotty or non-existent. These investigations usually do not result in the capture of the scammer or the recovery of monies. In most cases, the victim’s best option is to break off communication with the scammer as soon as possible and cut their losses.”

What Is a Sweetheart Scam and How Does It Work?

“We do a lot of work investigating various types of scams from the internet. Unfortunately, it is very common,” Joyce explains. “Essentially the victim meets a scammer on a singles or dating website who poses as a person also looking for a relationship online. They chat over the internet and exchange photos. The scammer typically sends photographs of a very good-looking woman or man, depending who their target is. The victim thinks they have developed a relationship and over time falls in love. Eventually the scammer comes up with a story about how he/she has a major problem in their life which requires an outlay of money. The victim, feeling the need to help their new-found love, ends up wiring money over and over again to this person, in some cases until they are bilked out of all their money. Since the scammers are usually corresponding with the victim from another country, it is close to impossible for U.S. authorities to identify or prosecute them. Once the scammer has achieved their financial goal, they will drop the unsuspecting victim and disappear. Most victims are astonished when they realize that these deceptive individuals are adept at manipulating human emotions to get what they want.”

Let’s take the case of a senior gentleman, whom we shall call Thomas. At age 74, Thomas is a wealthy, retired family physician in Beverly Hills, who recently lost his wife to breast cancer. With the hope of restarting his life after several months of grieving, he joined a dating website to explore the idea of finding a female companion to share dinners, walks on the beach and other hobbies with. Thomas was a needy soul at that time in his life—lonely, emotionally vulnerable and looking for love in all the wrong places. This is when a victim is truly ripe for the picking by sweetheart scammers.

One evening, Thomas received a message from an individual who presented herself as a younger woman named “Alicia.” She was attractive, in her forties and a divorcee living in London. She had a college-aged daughter and was struggling to make ends meet. The conversation flowed and blossomed into a friendship.

After just a few weeks, their correspondence had escalated from polite small talk to more intimate conversations. Within a month, Thomas and Alicia were professing their love for each other. As far as Thomas was concerned, although he dearly missed his departed wife, he had now met another soul mate and would do just about anything for Alicia as their relationship progressed.

Then one day Alicia missed an evening of corresponding online with Thomas. This seemed odd to him, and he was distraught over their lost time together. Alicia appeared online the following evening and told Thomas a heartbreaking story. Alicia’s daughter had been killed in a car accident, and she would not be able to repay her student loans and cover her funeral costs without having to take out a special loan.

Thomas was consumed with grief for his lovely Alicia, and he willingly offered to send her whatever she needed. A cash sum of $45,000 would certainly be enough to cover the expenses, he thought. But Alicia had other ideas. She gratefully accepted the transfer of monies into her British bank account, making sure that she always kept the door open for additional funds to be sent.

When Alicia shared that she needed to put a new roof on her home, Thomas sent another $10,000, no questions asked. Then, she needed to replace her Mercedes that had been totaled in her daughter’s car accident. Of course, Thomas wired her $75,000.

Nearly a month after the death of Alicia’s daughter, Thomas begged her to come visit him in Beverly Hills. He desperately wanted to meet her in person and thought he had waited long enough to be with his lovely Alicia. She accepted his offer, and Thomas wired her the funds to purchase a first class round-trip ticket, promising that he would meet her at the airport in his private limousine with champagne for two weeks of idyllic frolic and fun.

On the evening that Alicia was to arrive, Thomas made sure everything was in place. The stretch limousine had been polished, the champagne was chilled in the back and he had even reserved the penthouse suite at The Four Seasons.

After waiting at the baggage claim for some time, Thomas began to worry. His heart suddenly filled with uncontrollable sadness. There was no sign of any woman who even barely resembled Alicia. Of course, he was unable to reach her by phone, email or text in the moments, hours and days that followed. Thomas never heard from Alicia again and was devastated by the emotional deception and the loss of more than $100,000.

One may think that wealthy individuals like Thomas are the only people scammers target, but that isn’t true. While a victim without financial resources may seem undesirable, scammers will still attempt to use their deceptive tricks to milk them for all they’re worth. In some cases they even succeed in getting their victims to allow them to move in rent-free, buy them expensive gifts, hand over their social security checks or make risky financial moves, such as taking out a reverse mortgage, in order to get their hands on some sort of assets or income.

Anyone can be scammed by a supposed sweetheart. But, according to law enforcement authorities, including local police departments, the FBI and the Secret Service, there are steps one can take to avoid falling victim to a sweetheart scam.