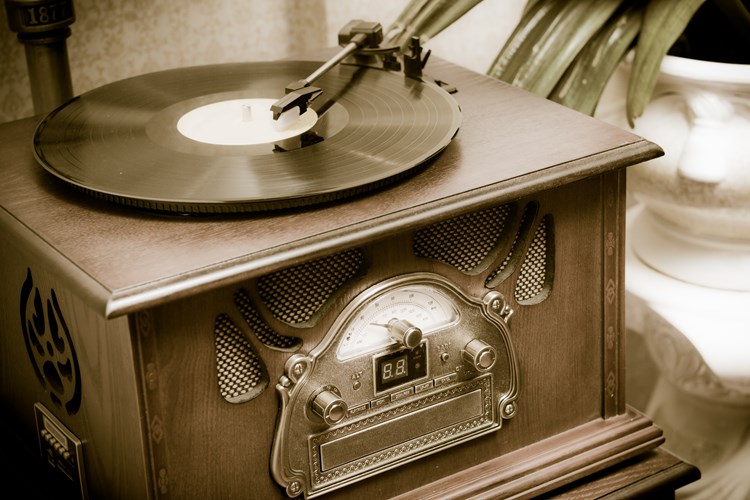 Unfortunately, seniors are often stereotyped as being forgetful and even repetitive. Whether it’s a story from their past or an amusing joke they heard recently, some of our aging loved ones do have a tendency to repeat themselves. If an older adult is healthy, these occurrences are usually infrequent enough that most of us just accept listening to the same thing more than once. Although we may roll our eyes internally, humoring a loved one in this situation is not confusing or burdensome.

However, there is a difference between seniors who repeat things every once in a while and the elderly repeating questions and stories throughout the day due to Alzheimer’s disease or other forms of dementia. It can be difficult for a frustrated caregiver to know how to respond graciously to repetitive questioning or a senior’s excessive talking.

Research suggests that verbal repetition is more common among individuals in the earlier stages of dementia and among those with Alzheimer’s disease versus other types of dementia. While there is no foolproof way to get a senior to stop a particular dementia behavior, certain tips and techniques can be used to handle repetition in a way that minimizes their confusion and preserves your sanity.

4 Common Dementia Repeating Scenarios and How to Respond

1. “Do I have a doctor’s appointment today?”

Many family members who are new to caregiving often find themselves wondering, “Why do dementia patients repeat themselves?” Learning more about a loved one’s condition will help you navigate their endless questions (and other dementia behaviors) with patience and understanding.

In the early stages of dementia, your loved one is likely to have the greatest difficulty storing and recalling new information. Some days, they will be able to remember recent things like appointments, social plans and recent conversations. On other days, Snow explains that “their wiring won’t work.” When a loved one is repeatedly asking the same question, family caregivers must recognize that it’s because they are having trouble with their failing short-term memory.

In these cases, Snow says that a caregiver should do two things: apologize to let the senior know that it’s okay they are experiencing lapses in memory and help get them out of the repetitive “question loop.” A good way to break the cycle is by giving your loved one something else to do. This simple approach is known as redirection and is very useful for managing troublesome dementia behaviors. Snow recommends redirecting dementia patients to simple yet engaging tasks in which they are likely to be successful. Activities like folding laundry or sorting small items (nuts, bolts, buttons, beads, etc.) will give them something else to think about while also giving them a sense of purpose.

Sample Response: “Yes, you do. I’m sorry, I thought I mentioned it earlier, but maybe I didn’t.” (Pause for a response. If they say something, use some of their own words to affirm their feelings, then add a new thought pattern to redirect.) “Can you help me clip these coupons until it’s time to leave for the appointment?"

2. “When are we going to that doctor’s appointment?”

In this scenario, Snow suggests that you avoid telling your loved one that they’ve already been to the doctor’s appointment. “The key is to let them know that the doctor doesn’t need to see them again, without contradicting them when their brain is saying that they haven’t been to the doctor yet,” she explains. Join their reality.

Confronting a dementia patient and challenging their perception of reality will only increase their anxiety and can even trigger outbursts and agitation. When seniors with dementia are constantly corrected, they often begin to feel as though they cannot trust themselves. This loss of control can be frustrating and even frightening for seniors with memory loss. Perpetual confusion causes them to be even more likely to ask you things repeatedly in the future, and it can even breed suspicion of those around them.

Sample Response: “I just spoke with the doctor on the phone and she says that she doesn’t need to see you again anytime soon.”

Garrulous is a less than flattering way to refer to a person who loves to talk. Instead of the endearing qualities of a chatterbox, those that are referred to as garrulous are often associated with being trivial, tedious and ultimately—exhausting. Being trapped in the car with a non-stop talker who keeps repeating questions about where you’re going or when you’ll get there can be exceedingly frustrating. However, Snow says that dementia caregivers should avoid ignoring their care recipients or lashing out in these situations.

The key to handling this scenario effectively is to respond to your loved one and then engage them in doing something else. Distracting activities that involve music will probably be the most effective, especially in a setting with limited options for redirection like a car. According to Snow, music is one of the few skills that dementia patients retain. Try playing older music that will be familiar to your loved one and encouraging them to sing along.

Sample Response: “We’re going to the doctor’s office. Hey, Mom, I made a CD for us to listen to. It has some of your favorite songs on it. See if you can recognize the artists.”

The elderly repeating stories over and over again is a common complaint of families and caregivers everywhere. But, while these litanies can be long and difficult to endure with genuine interest, Snow notes that they are an important communication technique for a person who is losing their memory.

Your loved one wants to engage with you, but, to them, it may seem as though you (their caregiver) are always in charge of the conversation. This can make them feel anxious, stupid and even depressed. Dementia patients often pick old stories that they know they can remember so they can have dialogues with other people instead of being talked at all the time. Communication abilities often decline as dementia progresses, but even feeble attempts at social interactions are crucial for maintaining relationships and preventing feelings of loneliness.

Asking a dementia patient to elaborate is a supportive method that lets them know you want to talk with them. Snow also encourages families to document these stories in some way even if you’ve heard them all dozens of times. Dementia patients will gradually lose their ability to repeat stories. In the meantime, these recollections may even provide important personal information that will be helpful throughout your caregiving journey. Snow says that listening to and recording a loved one’s stories will help their family members get to know them better. “As they lose themselves, you can help them reestablish the connections,” she points out.

Sample Response: “Really? Tell me about it.”