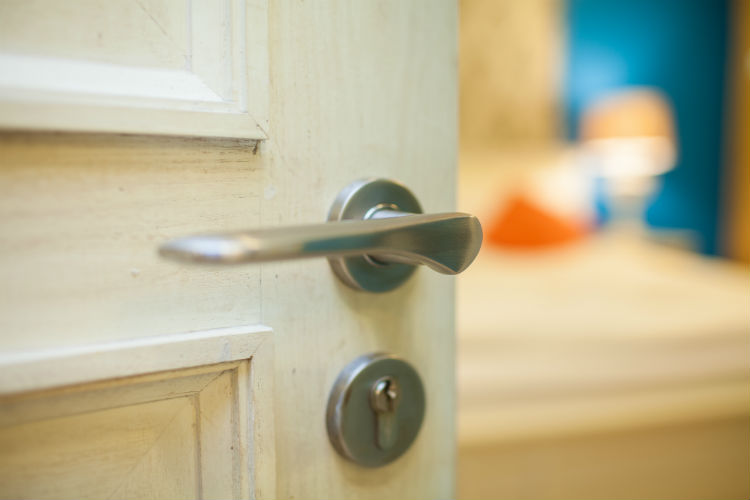 People with obsessive-compulsive disorder (OCD) have persistent, upsetting thoughts (obsessions) and use rituals (compulsions) to control the anxiety these thoughts produce. When OCD becomes severe, these rituals can end up interfering with a person’s day-to-day activities and relationships. For example, if a senior is obsessed with germs or dirt, they may develop a compulsion to wash their hands repeatedly until they bleed. An obsession with intruders may cause someone to lock and re-lock their doors many times before going to bed.

Countless AgingCare.com members have shared their aging loved ones’ obsessions and compulsions on the Caregiver Forum to receive advice on and insights into these unusual behaviors. A few common compulsions include the following:

Performing such rituals is not pleasurable for someone who suffers from OCD. At best, it produces temporary relief from the anxiety created by their obsessive thoughts. Obsessive-compulsive disorder is usually considered a lifelong anxiety disorder, but when an elderly person develops symptoms later in life, it could be related to the onset of Alzheimer’s disease or another type of dementia.

The Difference Between Healthy Habits and Compulsive Behaviors

Healthy people develop habits, such as double checking to see if the stove is off before leaving the house, but habits are performed mindlessly and have a straightforward goal behind them (making sure the stove is off to avoid starting a fire). The difference is that people with OCD repeatedly perform their rituals, even though doing so is distressing and interferes with daily life. Rituals have a purpose that is unrelated to the action itself (to minimize anxiety caused by an obsession.) Individuals with OCD experience limited control over their compulsions.

Although most adults with OCD recognize that their ritualistic behavior is senseless, it is possible that a person may not realize their behavior is out of the ordinary. Some common rituals include repeatedly checking things, touching things (especially in a particular sequence), rearranging things or counting things. People with OCD may also be preoccupied with order and symmetry, have difficulty throwing things out (so they accumulate), or hoard unnecessary items.

What Obsessions Can Cause Ritualistic Behavior?

Obsessions are recurring unwanted thoughts that a person finds disturbing. An individual who has an obsessive personality may frequently become preoccupied with worry, but someone with true OCD feels as if they have no control over these intrusive thoughts and spends a great deal of time agonizing over them. The anxiety that these distressing thoughts cause is extreme and interferes with a person’s ability to function and maintain healthy relationships.

Some common obsessions include having frequent thoughts of violence toward others or oneself, persistent unwanted sexual thoughts, or having thoughts that are prohibited by one’s religious beliefs. Perfectionism is another obsession that causes an individual with OCD to fixate on evenness, exactness, or minimization of flaws or mistakes.

How Common is OCD?

OCD affects about 2.2 million American adults, and the problem can be accompanied by other mental health issues like eating disorders, panic disorders and depression. It strikes men and women in roughly equal numbers and usually appears in childhood, adolescence or early adulthood. Research indicates that OCD might run in families. The course of the disease is quite varied, and symptoms may come and go, ease over time, or worsen.

If OCD becomes severe, it can keep a person from working or carrying out normal responsibilities at home. People with OCD may try to control their symptoms by avoiding situations that trigger their obsessions or by using drugs and/or alcohol.

Similarities Between OCD and Dementia

While studies have not yet explicitly linked OCD and dementia, there does seem to be some crossover between the two conditions. For example, seniors with Alzheimer’s disease and frontotemporal dementia may experience obsessive thoughts and develop ritualistic behavior that baffles their caregivers. In fact, some emerging dementia-related behaviors in the early stages may closely mirror the obsessive-compulsive cycles that are characteristic of OCD.

Generalized anxiety is common in seniors with dementia as they struggle to make sense of their surroundings and continue functioning at a “normal” level despite increasing cognitive challenges. Lapses in short-term memory may cause them to repeat certain behaviors, much like rituals. If an elder does not have a history of obsessive or compulsive behavior and begins displaying symptoms of OCD later in life, it is important to make an appointment with a physician right away.

OCD is usually treated with exposure-based psychotherapy, in which people face situations that cause fear or anxiety and become desensitized to them. Medications like antidepressants are sometimes used in conjunction with therapy. Because OCD often causes problems in family life and affects social adjustment, family therapy may also be recommended to promote an understanding of the disorder and help reduce conflict.

For older patients with dementia, therapy may only be beneficial in the very early stages of the condition. As cognitive decline worsens, medications and nonpharmaceutical techniques like redirection and validation are usually the best methods for managing anxiety in dementia patients.