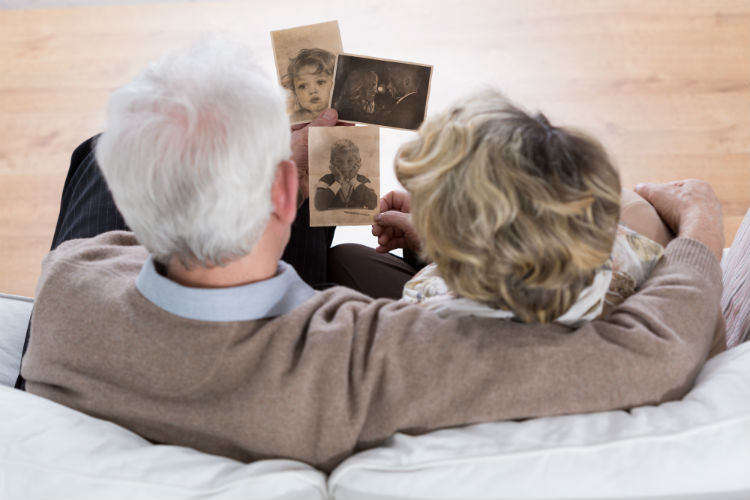 The selective memory of those suffering from dementia or Alzheimer's disease can often be baffling. Why is it that the question one asked twenty minutes earlier is forgotten, while an event that occurred fifty years ago is permanently embedded in the brain?

Charlie can't remember his son-in-law's or daughter-in-law's names but he can tell me the names of movie stars he has been enjoying on screen for years. If I mention someone's name, he's likely to have no idea of whom I am speaking. However, if I say, "You remember Miss Piggy" or "Ichabod Crane," he lights up with recognition, since I had previously used those names to describe someone we knew. If I can give him a frame of reference, his memory is sometimes jogged into enlightenment.

Charlie has fond memories of his first car, a Model A Ford roadster, c 1934. On the other hand, he has no idea that we (I) now drive a Ford Fusion. He can name the street he grew up on and the one he lived on while raising his family, but if asked his current address, he likely could not even respond with the name of the town, much less the street.

When his daughter comes to visit they talk and laugh for hours about things that occurred when she was growing up. Our personal history only goes back fifteen years, at least eight of those years under the fog of his growing memory loss. We find that we have little to converse over; our days are spent in long periods of silence, discussing only the necessities of getting through the day, the weather or the turkeys drifting by the window.

The first cruise we ever took was to Alaska, fulfilling one of Charlie's life-long dreams. Now he looks at brochures on Alaskan cruises, but he has forgotten that he visited that glorious state thirteen years ago, and longs to make the trip. Worse than the longing, is the fact that he doesn't understand that his physical and mental frailties make it impossible for him to undertake such a journey.

It's a shame that he doesn't have those memories to look back on with fondness. Every now and then I pull out the scrapbook I made following our trip, and although he enjoys looking at the pictures, he doesn't recall any of it.

Charlie has always enjoyed watching World War II movies. He has watched a movie about the Doolittle raid on Japan so often that he now thinks he participated in that event. As a former fighter pilot, he would love to have been part of that historical raid, but the truth is that he was only about seven years old when it took place. He recently told someone he just met that he was part of that raid. I had to subtly explain that his memory was no longer quite accurate.

Charlie rarely has much to say when we are around other people. I know he realizes that his memory is inaccurate and to save himself embarrassment, and avoid alerting others to his lack of mental acuity, he chooses to remain silent. That seems to be typical of dementia victims, at least in the earlier stages. Once they are farther advanced, many of them will fabricate and hallucinate. I am thankful that, so far, Charlie usually remains the silent man in the room.