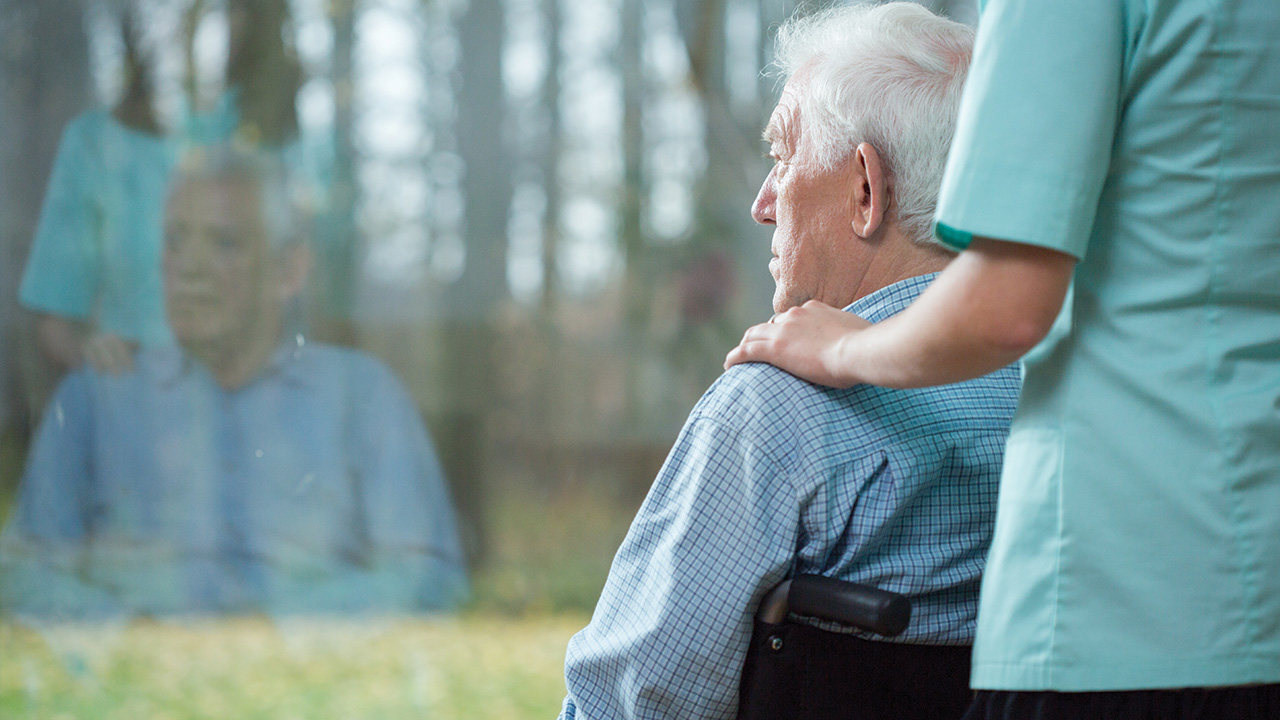 Memory trouble, excessive sleeping, decreased interest in hobbies and activities, social withdrawal—all of these are textbook symptoms of depression. They also happen to be hallmark behavioral changes related to many kinds of dementia, including the two most common types: Alzheimer’s disease and vascular dementia.

In fact, the early and middle stages of dementia and depression share so many symptoms that even physicians may find it challenging to differentiate the two, especially because they often co-occur. The undeniable connection between these conditions has spurred a great deal of research in recent years. Much of the scientific debate centers on a quintessential chicken and egg dilemma. Which comes first: depression or dementia?

Can being diagnosed with dementia cause a senior to become depressed, or is late-life depression a harbinger of future cognitive impairment?

The Relationship Between Depression and Dementia in the Elderly

Several studies focused on clarifying the relationship between these two mental health conditions have shed some light on how depression might affect a person’s risk for cognitive decline.

One study published in the Archives of General Psychiatry found that the emergence of depressive symptoms in midlife, late life or both are associated with an increased risk of dementia.

Scientists from the University of California, San Francisco, found a significant link between vascular dementia, Alzheimer’s and depression. The timing of the onset of depression appeared to be associated with different types of dementia.

For example, individuals whose depressive symptoms emerged in their 40s or 50s and persisted later in life were found to have more than a three-fold increase in the risk of developing vascular dementia. This type of dementia is caused by vascular injuries and/or disease within the brain. This study also found that individuals who presented depressive symptoms later in life (with or without symptoms in midlife) were twice as likely as their non-depressed peers to develop Alzheimer’s.

Additional studies on the connections between vascular disease, depression and neurological changes in the brain have supported these findings.

How Can Depression Affect Memory?

When asked to explain the mechanisms behind the depression-dementia link, experts cite a variety of theories. According to Kenneth Freundlich, Ph.D., clinical neuropsychologist and head of the neuropsychology and consulting divisions of the Morris Psychological Group, there are currently several different biological factors that may help explain the relationship between depression and dementia. However, he cautions that no one model has been identified as the explanation for the depression-dementia connection.

“Despite a variety of theories, the depression-dementia link is one that is not fully understood,” Freundlich admits. “People who are experiencing the early stages of dementia frequently become depressed and people who are depressed have an increased risk of developing dementia.”

Biological Effects of Depression on the Brain

Behavioral Effects of Depression on the Brain

Alzheimer’s educator Robin Dessel believes there are also certain behavioral elements which may play a role.

“Depression and dementia mirror each other in a catalogue of symptoms and triggers,” she explains. “There is a very real and integral connection between the health and well-being of brain and body, mind and spirit.”

For example, one of the primary symptoms of depression is an unwillingness to engage in regular activities and socialization opportunities. Social withdrawal and reluctance to participate may lead to what Dessel refers to as an “inactive brain and a depressed lifestyle.”

Two separate studies have found that loneliness and a lack of social engagement placed individuals age 65 and older at greater risk for developing dementia. This lack of engagement can enhance an individual’s susceptibility to showing signs of dementia, especially when compounded by certain genetic, physiological and environmental factors that have been shown to contribute to cognitive impairment.

Since depression seems to contribute to dementia and vice versa, it can be difficult to tell exactly what physical and mental health conditions are primarily responsible for a senior’s cognitive decline and changes in mood.

The specific factors that underlie the depression-dementia link are still unclear. However, the need to effectively identify and treat depression in adults—regardless of their age—is unmistakable.

The National Institute of Mental Health (NIMH) estimates that major depression affects more than 17 million American adults each year. Although depressive symptoms can strike at any age, older adults are particularly susceptible, especially those living with one or more chronic health conditions. In fact, the Alzheimer’s Association estimates that up to 40 percent of Alzheimer’s patients suffer from significant depression. However, depression is not a symptom of aging; it is a legitimate psychological condition that requires intervention.

Family caregivers are another at-risk group. Caregiving is a high stress job that can be physically and emotionally taxing. Many family members provide unpaid care for months or even years, and chronic caregiver stress can take a heavy toll on one’s physical and mental health. It is important to watch for the warning signs of depression, both in yourself and in your elderly loved one.

Common symptoms of depression include:

If you feel that you or your loved one may be clinically depressed or experiencing memory issues, seek immediate medical attention. Make an appointment with a physician or a licensed mental health practitioner to determine whether the problem truly is depression or if depressive symptoms could be related to another underlying health issue. Swift treatment with antidepressant medication and/or psychotherapy can help manage these symptoms and prevent additional physical, mental and social problems.