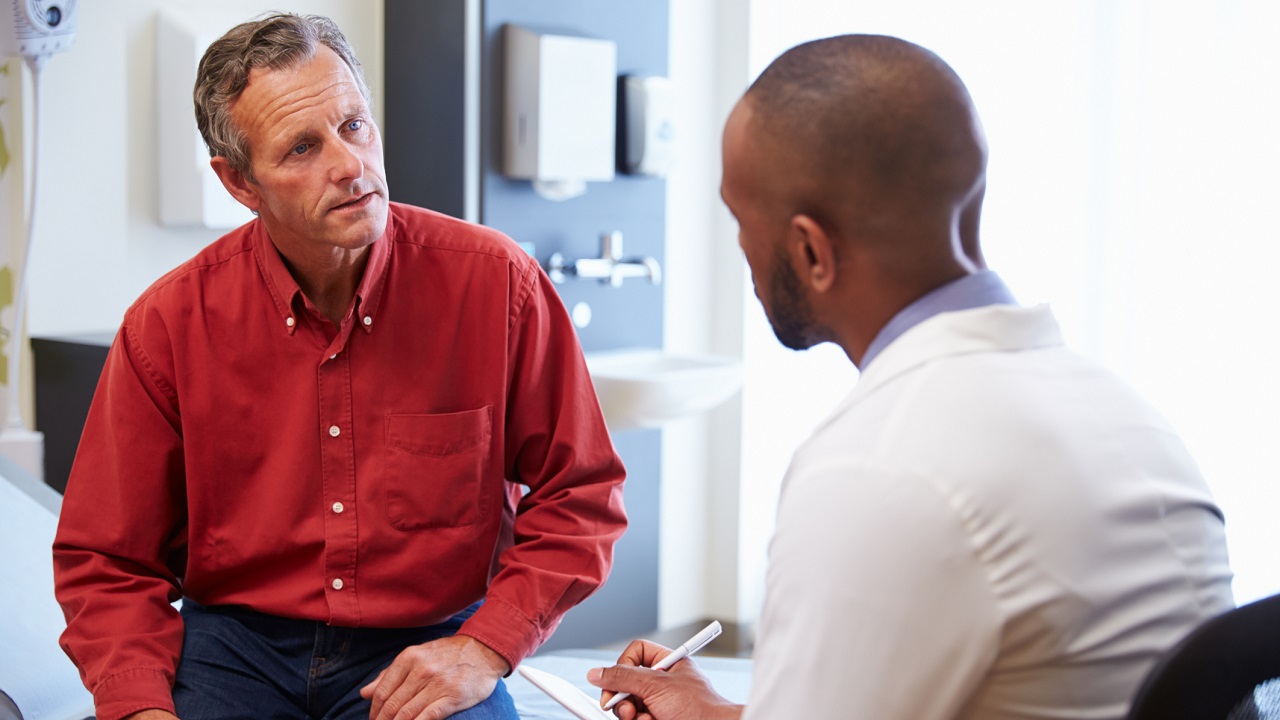 Who would have thought that my search for an expert to discuss the fact that men also experience hormonal changes as they age would be met with such profound silence? This unresponsiveness had me worried for a time, since I truly wanted a male perspective on the topic of andropause. Eventually, one brave man, Dennis Marasco, M.Div., NCC, LPCC, came to my rescue.

Marasco provided mental health counseling for individuals, couples and seniors for 31 years before transitioning to chaplaincies at Crossroads Hospice and now Tyson Foods in Cincinnati. With humor and wisdom, Marasco explains the meaning of andropause, revealing in the process why all my other inquiries fell through.

“As a mental health professional having provided counseling to individuals and couples over the last three decades, I have dealt with andropause, although indirectly, on a regular basis,” Marasco reflects.

Male menopause, while tangentially similar to female menopause in a few ways, is actually quite different. In males, the hormonal effects of aging occur comparatively slowly over the course of many years. Research has shown that testosterone levels peak in adolescence and early adulthood but then decline approximately one percent each year. Just as the symptoms of female menopause vary, some men experience relatively minor effects while others undergo significant changes that may interfere with their quality of life.

The Stigma of “Male Menopause”

“Given all the strange labels used to refer to the male aging process, it can be a sensitive topic for many men,” Marasco admits.

Consider the basic definition of andropause. Loosely translated, the ancient Greek roots “andr-” and “pausis” mean “man” and “discontinuance” respectively. But how exactly can a man stop being a man?

“When we hear the word andropause, how in the world are we men even going to imagine what it means?” asks Marasco. “Men don’t talk about that unless they’re in the locker room or barbershop busting each other’s chops. The only permission men of my generation have had to talk about something of this nature had been through taunting and teasing other men. Therefore, we could never acknowledge a ‘weakness’ of this sort without compromising our (perceived) manhood.”

But Marasco says that men are learning how to have productive conversations about their health and aging.

“Over the past few years, I have been involved in starting and running a number of men’s support groups. I have found that when a group of only men get together, we talk differently,” he admits. “And when men talk candidly and openly, we talk deeply and accept the challenge to face reality. We are somehow less defensive than we are when in the company of women. That is progress.”

Despite these strides, Marasco points out that there’s still a larger underlying problem in the harmful ways we as a society talk about aging and sexual health—often indirectly and without much context.

“We are all seeing andropause on television in the form of erectile dysfunction (ED) medication advertisements for products like Viagra and Cialis, but there is no mention of why there is a need for such medications,” he explains. “As usual, they’re sold with sensuality while sidestepping the real problem of impotence.”

While these ads may assist some couples in breaking the silence with their partners while alone in their own homes, they do not actually educate their audience.

“Regardless of stereotypes, we men intuitively understand that, as we age, things will change,” Marasco emphasizes. “But we assumed it would change gradually to the point that we wouldn’t even notice it or be aware of the impact on us, our actions, or our relationships (including sexual relationships). We never thought that it would end up changing our perceptions of ourselves, which we have spent a lifetime developing.”

The Impact of Aging on Senior Men

Aging is difficult for most people to accept regardless of their gender. Middle age often brings about significant changes in one’s health, career and relationships. This transition can leave middle-aged individuals struggling to adjust their self-concept and reassess their past, present and future. With so many things in flux, it can be hard for men to pinpoint hormonal changes as a factor in their quality of life—especially when the topic is so often tiptoed around.

To concretize the magnitude of the impact that all these changes can have, Marasco offers a hypothetical scenario of an ordinary couple that wants help with their marriage. They have been married for 25 years and are both in their 50s. Each is less than fulfilled in what has been (until this point) a relatively stable marriage with few financial issues and only the usual concerns that arise with teenage children. Neither person has been unfaithful. Both have satisfying social and spiritual connections in their community and church.

But the husband has few male friends and only sees them intermittently. When he was first married, he “put away childish things” and stopped focusing on his long-time friends to give his all to his family. Over the years, he has become somewhat isolated. Work and family have become his only outlets.

In his 40s, he increasingly became aware of his relational connectedness to his wife and children. Yet, at the same time, he found a vague dissatisfaction and lack of excitement in life. Marasco points out the irony of the situation: as this man becomes more aware of his desire and need for deep relational connection, he is also beginning to lose the chemistry of his youth that engaged him at the core of his being.

“When these two natural phases of life overlap, issues can easily compound and wreak havoc on relationships and emotional and physical well-being,” he cautions.

Depending on who this couple decides to seek guidance from, the recommendations they receive will likely vary widely.

“If this couple goes to a therapist, the therapist might work on strengthening their communication skills and try to engage them in their relationship more meaningfully,” Marasco speculates. “If they were to go to a medical doctor, he or she might recommend some tests and testosterone replacement therapy (TRT). If, instead, they went to see a psychiatrist, he or she might recommend an antidepressant. And if, perchance, they had gone to a nutritionist, a focus on a healthy diet would have likely been suggested. Finally, a fitness expert would have advised the couple to engage in cardio, strengthening and stretching exercises.”

Finding Balance in All Aspects of Life

Perhaps a combination of all the above recommendations would be the ideal “treatment” to help get this couple back on track. The point is that we each need to strike a balance in life and begin facing the fact that things are slowing down. Marasco stresses that too much of anything is not good, and neither is too little of anything.

“My take on andropause is to say that we need to maintain ongoing physical, mental, social and spiritual balance throughout life,” he asserts. “This is only a hypothesis, and it may also be indicative of my own denial as well. It is of note that this change is taking place at the same time that your spouse may just begin to be ‘feeling charged up,’ as one of my best friends has noted.”

Another of his close male friends recently remarked that most men want to have “the will and effort to get and stay involved with other people, including some close buds so as not to die painted into the lonely stereotypical role of monosyllabic TV dad.”

Marasco is clear: Men don’t want to be pitied, stereotyped or shamed into limited roles any more than women do.

“So, we need to talk with those whom we find trustworthy—our spouses, close male friends, physicians, therapists, and so on,” he encourages. “We must begin to look for new goals, ones that help us see the depth and meaning of a life well lived and a life that leaves something we have to give for others. This phase of our lives is critical. It will allow us to fully feel the joys and sorrows as we face things like andropause on the backside of the beautiful quilt we call life.”