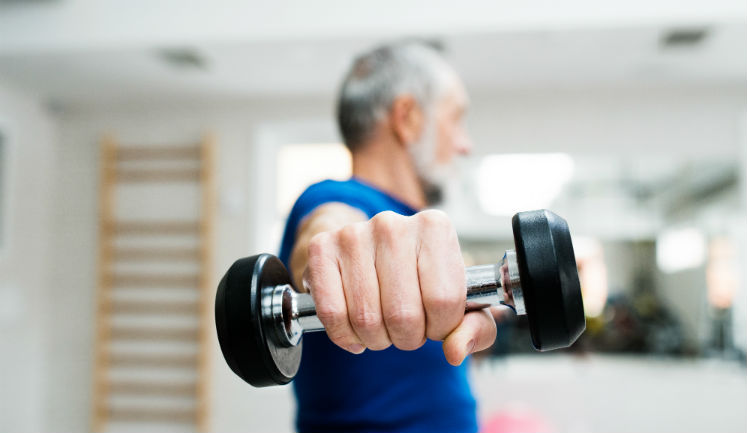 As we all live longer, many previously undiagnosed conditions have become more common, and this is the situation for older men with low testosterone. Simultaneously, we have become better at measuring changes in our blood chemistries and more demanding in our desires to feel well and perform better.

According to the Urology Care Foundation, four in 10 men over age 45 have low testosterone. Treatment is given to only about 5% of men with this condition and even this low rate represents a substantial increase in percentage of men treated over the past few years.

Just as women undergo menopause, men can undergo male menopause or andropause. Namely, the older male body changes shape as we get shorter and fatter. It's not fun to talk about, see in the mirror, or look forward to, but nonetheless, it is reality.

Other symptoms are more difficult to measure and differentiate normal aging from andropause, according to an excellent review by Bassil, Alkaade and Morley entitled, “The Benefits and Risks of Testosterone Replacement Therapy: A Review.”

What Are Normal Testosterone Levels?

These levels decline at about 1% per year, starting gradually at age 30. Over the ensuing decades, the rate of decrease accelerates. By age 80 over 30% of men are in the low range by laboratory tests. However, just being in the low range doesn’t make a diagnosis or necessarily require treatment.

A simple blood test can indicate if your hormone levels are within a normal range. For men, 280 to 1,100 nanograms per deciliter of blood is the healthy range.

Having symptoms of low libido, erectile dysfunction, fatigue, poor energy level, difficulty concentrating, depression, irritability, low sense of well-being and other less well-defined conditions are necessary for the diagnosis of low T. Again, just having a laboratory abnormality is not enough to necessitate replacement therapy. Treating the patient and not the lab is an old clinical saw which has held up well even as we have easier availability to a myriad of tests.

There are benefits and risks to treatment, which is usually the case with any medical condition. Benefits include improved mood, better energy, a positive sense of well-being, better sexual function, greater muscle strength and progression towards a leaner body mass. Bone density improvement and increased red cell count also have been observed.

Cognitive function, namely the ability to think, solve problems and have a better memory, has been examined in relation to testosterone levels in the blood. No definitive correlation was found between poor memory and low levels, although the studies were relatively small and of short duration. Unfortunately, using hormone replacement as a treatment for Alzheimer’s disease was also unsuccessful.

There have been studies in the New England Journal of Medicine and the Journal of the American Medical Association showing the use of supplementation in men with low levels of that sex hormone had an increased risk for heart attacks. In frail older men with limited mobility and a high prevalence of chronic disease, there was also an increased risk for cardiovascular disease. This study, too, was small and limited to a specific group of frail elderly and not the general population.

Nothing is without risks in medicine. There are always pros and cons to taking any medication, but in general, avoiding an unnecessary medication is wise. However, low T symptoms combined with objective laboratory confirmation should be the first two specifics recognized.

The science of medicine is always evolving, and it is now happening faster than ever. In the meantime, let’s all remain open-minded about risks and benefits.

D
EXPERT Dr. Allen Weiss NCH Healthcare System
About Dr. Allen Weiss
Dr. Allen Weiss, CEO & President of the NCH Healthcare System, is board certified in Internal Medicine, Rheumatology and Geriatrics. Dr. Weiss is active in a variety of professional organizations and boards, and has been published in numerous medical journals, including the American Journal of Medicine and the Journal of Clinical Investigation.
Hormone Replacement
Be the first to comment
Related Articles