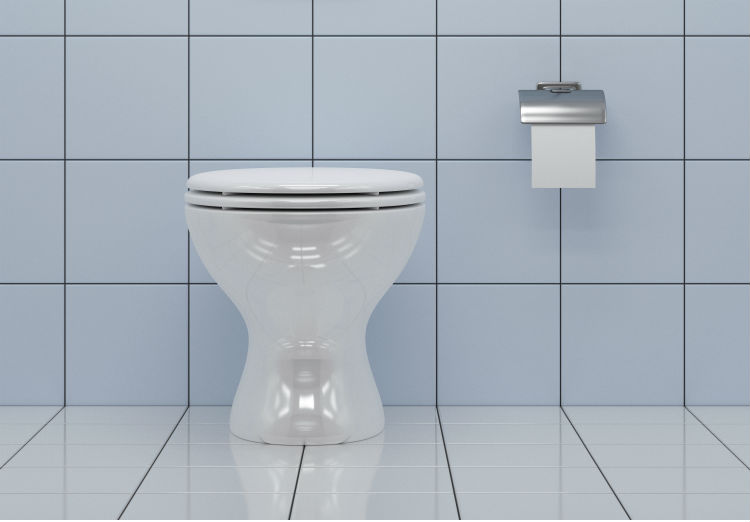 Bidets are commonplace in bathrooms around the world, but this plumbing fixture has never really caught on in the United States. For some reason, Americans prefer to use toilet paper and wet wipes to cleanse themselves instead of water.

However, more and more people—myself included—are beginning to embrace the bidet. In fact, many seniors are finding that bidets offer a safer and more efficient method of freshening up after toileting.

To clarify, I’m not talking about traditional freestanding bidets that are typically placed next to normal toilets. They take up lots of bathroom space, and older users would likely have a great deal of trouble transferring from the toilet to straddling the bidet. For the elderly, certainly for this old man, having to transition from one station to another is both annoying and dangerous. Slips in the bathroom are among seniors’ most common falls.

Furthermore, installation of a freestanding bidet will most likely require a costly bathroom remodel that includes the services of a licensed professional. These models are typically made of porcelain and need careful installation. The average cost can set you back between $2,500 and $3,500.

What I’ve found very helpful are toilet bidet attachments. This type of device simply mounts onto the existing toilet in your home and requires no remodeling, plumbing work or additional floor space. Essentially, the attachment includes a small wand installed underneath the toilet seat that moves into position and sprays water over the perineal area.

I don’t remember how I first learned about bidet attachments, but when I found a cheap one that could be installed on my toilet without major plumbing expense, I decided to try it. The Blue Bidet BB-1000—something I installed on every toilet in my house—retailed for about $60. Blue Bidet is no longer in business, but there are countless other brands and models on the market, each with different features. Non-electric bidet attachments like mine are the simplest to install and use. Electric models allow for adjustable water temperature (a nice perk), while so-called “intelligent” cleansing seats offer additional features like a nightlight function, a heated air dryer and remote-control access (at a hefty price).

When I installed my cheaper bidet attachments several years ago, I became an instant fan. As I age (and as my symptoms of Parkinson’s disease worsen), I am more and more disgruntled when I have to use a standard toilet and toilet tissue. Once after returning from a short trip, I told my housemates I had missed them almost as much as I had missed my bidet!

“As people get older and frailer, it’s harder for them to do good personal hygiene, particularly if they have arthritis,” Dr. Mary Tinetti, Chief of Geriatrics at Yale School of Medicine, explained via email to New York Times blogger Paula Span. Maneuvering around to wipe and wash becomes surprisingly difficult for people as they age. In fact, attempting to do so can even lead to a dangerous fall from the toilet.

For many older adults, a bidet or bidet attachment could mean the difference between independence and needing assistance with toileting. Many seniors refuse help with personal care because it comes with a loss of privacy and often dignity. However, this can jeopardize their safety, and poor personal hygiene can lead to an increased risk of urinary tract infections (UTIs), skin breakdown and general irritation. Prompt and thorough cleansing of the genitals, perineum and anal areas after toileting is crucial for maintaining skin integrity, especially for elders living with incontinence. Bidets can provide a higher level of cleanliness, safety and modesty while toileting.

For caregivers who must assist with toileting and personal hygiene, bidets can help immensely with this delicate task. It may take some practice to get the hang of using a bidet seat or attachment, but it can be easier, cheaper, more hygienic and less awkward than assisting with toilet paper or wet wipes. Better yet, adequate cleansing after toileting can help maximize cleanliness between the shower or bath days that caregivers and seniors alike typically dread.

The Benefits of Using a Bidet: A Senior’s Success Story

A few years ago, I received an email from a reader named “Bill.” His 91-year-old father had moved in with him so he could see to his care. Sadly, his dad fell in the bathroom, which led to a month-long stay in a senior rehab center. When his dad returned home, Bill secured home health care services covered by Medicare for his father. This care included visits from a nurse’s aide who specializes in helping aged and handicapped people with personal or custodial care (e.g., bathing, dressing, toileting).

On her initial visit, the aide said Bill’s dad was suffering from hemorrhoids because he wasn’t cleaning himself properly. Having read my blog post on bidet attachments, Bill asked her about installing one. She knew nothing about bidets, but he went ahead and installed one on his father’s toilet.

A couple months later, I heard from Bill again. It seems that Medicare’s coverage of home health care services is meant to be short-term and therefore limited to 60-day increments unless a physician recertifies a patient’s need for them. Bill’s dad no longer qualified for Medicare home health care benefits but still needed help with personal care tasks to ensure a full recovery. To minimize his dad’s risk of falling again, Bill continued paying for these services out of pocket for a couple more weeks.

He added that, after some initial misgivings, his dad grew to love the bidet attachment. It helped keep him clean, safe and as independent as possible—with or without the added assistance of a home health aide. Bill’s dad complained about a possible leak in the toilet, but I think I may have solved the problem. I told Bill that his dad was probably doing what I did initially—raising up on one haunch when cleaning himself just as he did for years with toilet paper. This can cause the bidet to squirt water out onto the floor. The answer? Plant yourself firmly on the toilet seat while the bidet is running to avoid water splashing outside of the toilet bowl. Once the water is off, a few squares of toilet tissue can be used to dry off. Isn’t it wonderful, the information you get on this blog?

Explore bidets for seniors and other assistive devices in AgingCare’s Senior Product Guide.

Editor’s Note: After a long battle with Parkinson’s disease and two strokes, John Schappi passed away on February 21, 2018. He was 88 years old.