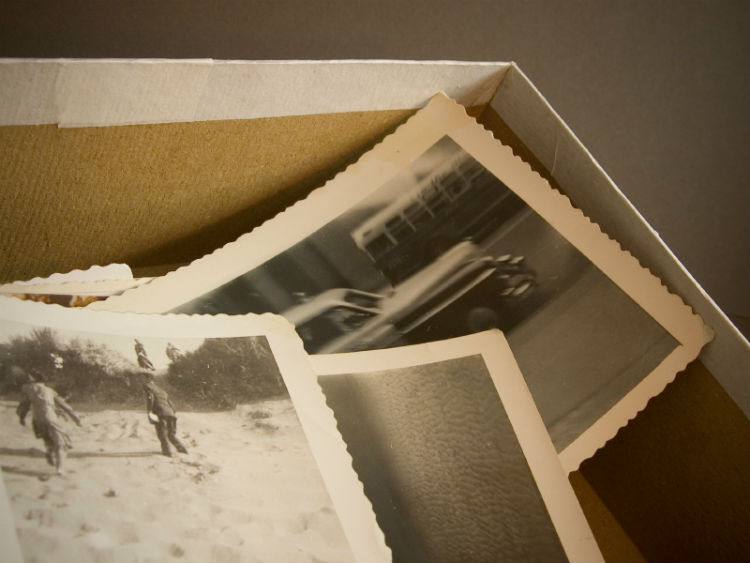 When I moved home to care for my dad, I had multiple notions about how our time would be spent together. I assumed we would share afternoons reminiscing about family vacations and birthday parties. I imagined we’d enjoy one more excursion into downtown Chicago to explore our favorite haunts like the Art Institute and The Field Museum of Natural History. Whatever we did, I was intent on making the most of every remaining second we had together.

It turns out that my dad had other plans in mind. Or, really, his body did. My dad had always been game for a trip into the city. But just weeks after his diagnosis of stage IV lung cancer, he had already become too weak to walk for more than a minute or two without having to rest and catch his breath.

So, I focused on squeezing in as many meaningful chats with him as I could. During those first few weeks of living together again, I would launch into a daily recounting of a special story or memory. I’d start with, “Dad, remember when…?” He would smile and say, “I sure do,” but then he’d fall silent.

I didn’t understand. Why didn’t he want to revisit those stories? This was it. There wasn’t going to be another time to talk about the millions of memories we had shared together. It was baffling.

Instead, my father watched TV—a lot of it.

Granted, he no longer had the energy to leave the house very often, but I thought that at least we could spend our days reflecting on happier times. I noticed that he would frequently pull out photographs and gaze at them, but when I would talk about the memories they depicted, his silence would inevitably cut the conversation short.

After a few weeks of failed attempts at heartfelt bonding, it finally dawned on me that my insistence on talking about the past was doing him more harm than good. Though it provided me with some solace to recall all the memories I had with my dad, it became clear that it was almost painful for him to relive them. The only conclusion I could come to was that remembering the past served only to underscore how different everything was in the present and how ominous the future was.

So, I decided to shut up. However, with nowhere to go and little to say, I found myself spending a lot of time parked in front of the TV with my dad. We quickly settled into a routine. Each afternoon, we tuned into Jeopardy! Once the afternoon news was over, it was on to Wheel of Fortune. Later in the evenings, we would switch over to PBS and catch an episode of Antiques Roadshow, History Detectives or Rick Steves’ Europe.

Some nights my dad remained quiet or would fall asleep during our shows. But, more often than not, our TV binges turned into discussions about why a rickety old hutch would be worth thousands of dollars or how you could confirm the veracity of a Beatles autograph. Soon enough, we were calling out our own appraisals of the knickknacks that the antiques experts examined and debating whether Rome was an overrated travel destination.

That became our nightly ritual.

When someone you love is terminally ill, I think it’s easy to become almost obsessed with making the time you have with them count. It places an inordinate amount of pressure on both you and your loved one—something neither of you needs at an already difficult time. In the movies, characters who are facing the end of life still somehow have the stamina to build houses or go on cross-country road trips with their family and friends. The reality, though, is that when you’re dying of cancer or some other terminal condition, you may not have the physical or emotional strength to even get up from the couch.

I’m so glad that I came to my senses and spent all those hours in front of the television with my father. We never really got around to reminiscing about old memories, but that’s because we were busy creating new ones together. Although our ritual might seem dull or insignificant to some, I will always treasure it. Life-changing trips and talks are great, but so are nights spent vegging out to PBS. Instead of focusing on “maximizing” your time with an aging or ill loved one the way you think you should, concentrate on simply being present in the moment. It doesn’t matter what you do; all that matters is that you’re doing it together.