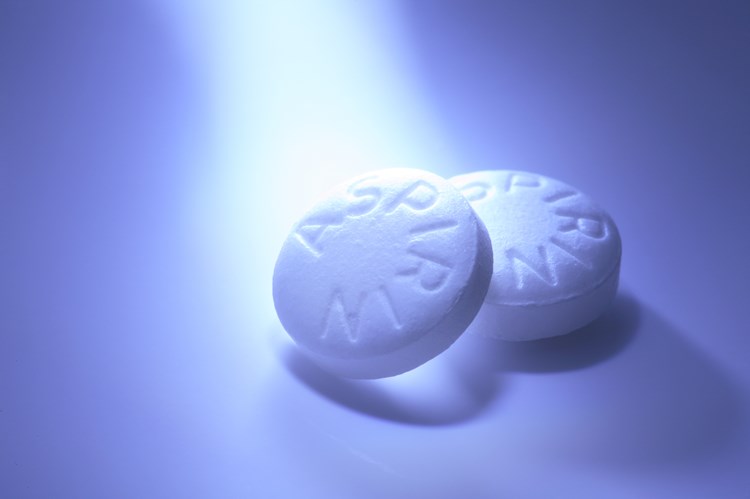 Doctors have been recommending an aspirin a day to help keep heart attacks at bay for years. But did you know that taking an aspirin during a suspected heart attack increases chances of survival and minimizes damage to the heart?

Frank Alvino president and chief operating officer of Advent Consumer Healthcare, says that "chewing an aspirin at the first sign of a heart attack significantly improves chances of survival." He stresses "chewing" the aspirin because that provides "rapid uptake, meaning that the aspirin is ingested into the system faster." If you think your elderly parent is having a heart attack, have him or her chew one standard adult dose aspirin.

How does aspirin help during a heart attack? "Aspirin helps by inhibiting platelets, making them less likely to clot," Alvino explains. "Aspirin helps reduce platelet clumping or blood clotting, which could cause blockage in the blood vessels. If you take an aspirin within the first hour of a suspected heart attack, it increases your chances of survival and minimizes muscle damage to the heart."

Research has shown that aspirin reduces the risk of death by 23% if administered when a heart attack is suspected and for 30 days thereafter.

Be Prepared When Away From Home

Most heart attacks occur in the day – generally between 6:00 A.M and 12:00 noon. The reasons are not completely understood. The most important thing to remember during a suspected heart attack is to act fast, within the first five minutes. Alvino says the steps to take if you or your loved one is having a heart attack are:

Alvino, with a background in pharmaceuticals, medical journal publishing and medical devices, realized the need for an easy-to-use product that gives people quick access to the correct dosage of aspirin, no matter where they are. "Heart attack is spontaneous. It happens when you least expect it. The majority happen away from home. Time is of the essence," he says.

So he developed AtHeart, an emergency aspirin dispenser that can be carried around at all times. It fits on a keychain, or can be put inside a pocketbook or wallet. The plastic dispenser is easy-to-use: a simple press of the button dispenses the aspirin into the person's hand. Unlike ordinary pill holders, At Heart comes pre-filled with two standard aspirin inside, which are sealed in a moisture-proof blister pack. It costs about $4 and is available nationwide at CVS pharmacies.

Signs of a Heart Attack

One of the reasons for the low survival rate among heart attack victims is because people don't recognize the signs when they are having a heart attack. Symptoms vary between men and women. The most common signs of a heart attack are:

Caregivers Are at Risk, Too

Although caregivers consider their elderly parents at higher risk for heart attack, many don't recognize that they themselves might be at risk. Women over 50 and men over 40 are automatically considered at higher risk. In addition, if you have high cholesterol, high blood pressure, diabetes, are overweight or inactive, smoke or have a family history of heart disease, your risk factors go up exponentially.

Most heart attacks start slowly, with mild pain or discomfort. If you or someone you're with has chest discomfort, especially with one or more other signs (such as chest pain or shortness of breath), don't wait, call 911 right away. Timing is everything, whether it's an elderly person or a caregiver who is the victim. Be sure to act immediately to the signs of a heart attack, even if you are not 100% sure that is a heart attack.