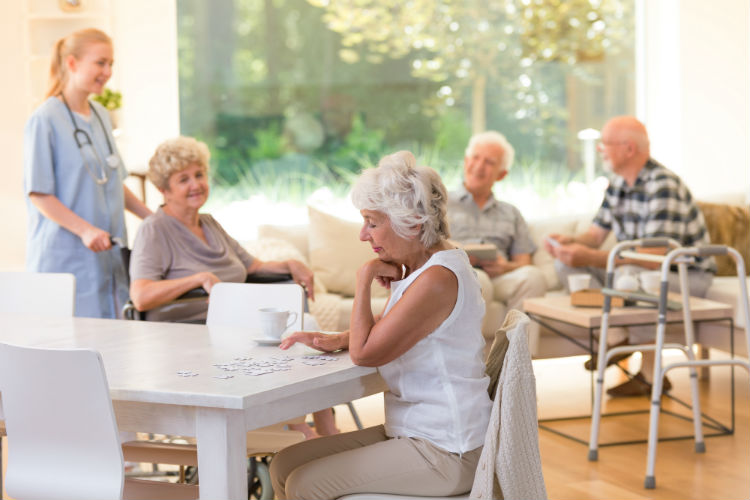 A few decades ago, most people who moved into nursing homes were very old and many were near death. These homes were set up for staff efficiency and the residents were pretty much considered generic “old people” who needed high-level care or had outlived their families.

All residents were “treated” to the same kind of food, music and activities, whether they loved them or loathed them. The caregivers meant well (usually) and referred to residents as “honey” or “dear.” These people typically lived out the rest of their lives in the nursing home.

But, skilled nursing facilities have changed in recent years and are continuing to improve the care they provide. Personalized, resident-centered care has gained traction in most high-quality nursing homes and replaced the outdated one-size-fits-all approach.

This transition is beneficial for both the very elderly and the “younger” seniors residing in nursing homes. The oldest residents have received better health care over the years that has enabled them to live longer. But, due to conditions like early onset Alzheimer’s disease, stroke, brain injuries and mental illnesses, many people in nursing homes are nearly a generation younger than fellow residents in their late eighties and nineties. Let me tell you, the music, the culture and the expectations of these younger elders are quite different from that of their older peers. The result is a sort of senior living culture clash.

The very oldest residents, members of the Greatest Generation, were heavily impacted by the Great Depression. Many were farmers or laborers with large families who were expected to contribute by working the fields or getting jobs in factories at a young age. Much of this generation lived a fairly simple life. Silent movies became “talkies” and eventually television came around. The best way to spread information was through one’s neighbors or to make a call on the telephone—the party-line you shared with several other people. Private conversations were rarely private. It was a luxury to go to the drive-in or for a meal out perhaps once a month. Traditional values and frugality are deeply ingrained in most members of this generation.

They also got used to a more stable financial situation and enjoyed comparatively sophisticated lifestyles. These are the younger seniors who are now edging their way into nursing homes, although some baby boomers have also moved into long-term care settings due to accidents or ill health.

Those who are able to maintain their health live active lives within our global community. Many of these young elders are interested in wellness and practice yoga and Pilates. They volunteer in massive numbers, travel, dabble in new technologies and even run marathons. However, some who haven’t been so fortunate with their health find themselves needing skilled nursing care. They may acquiesce and move into nursing homes, but they have very different expectations for their rooms, board and care than the generation preceding them.

Nursing Homes Are Changing to Meet Diverse Wants and Needs

These young seniors may want rock and roll for their afternoon music rather than big band tunes or another go-round of Lawrence Welk on video. They want name-brand coffee, not that old, perked dishwater. The women wear jeans or possibly even leggings, not house dresses. They want internet access and quality exercise equipment. Quite simply, this new generation of “younger” residents wants to continue living their lives with as little change as possible. They’re not interested in meekly following the well-worn path into old age.

Of course, generations overlap, and I don’t mean to stereotype them. But, nursing homes are finding that they must offer more variety to their residents to keep them happy and help them maintain a high quality of life. Are nursing homes up to this challenge? Can they deal with catering to and caring for people in their 80s and 90s, and especially the more demanding elders in their 60s and 70s? The truth is that they don’t have much of a choice. The so-called silver tsunami of aging baby boomers is already on its way and there’s no stopping it.

Many assisted living communities and nursing homes have already begun modernizing their facilities and floorplans, expanding their activities calendars, rethinking their menus, and offering additional amenities. The good news is, these young elders are changing, and will continue to change, the way nursing homes operate. Their refusal to take aging lying down will force the system to adapt and improve, and all generations will benefit from this new flexibility.

So, will the really “hip” nursing homes serve Starbucks coffee? It wouldn’t surprise me if some already do, though it may be set up in a room separate from the “country store” atmosphere preferred by the very old elders. No need for an uprising. It just takes a shift in attitude about aging, some planning and more resident-centered thinking. The young elders starting to enter care centers are the same people who challenged authority in the 1960s and 1970s. These seniors may have mellowed a bit and their bodies likely have lost some steam, but they are not that much changed. Their demands for more options will be beneficial for all generations.

At the end of the day, when choosing a nursing home for a loved one or for yourself, its important to take into account lifestyle preferences and personal interest’s in addition to medical needs. Some senior living communities continue to embrace patient-centered care in a more traditional atmosphere while others are pioneering trendy new approaches. Neither is right or wrong as long as the setting and services fit a resident’s wants and needs and are of high quality.