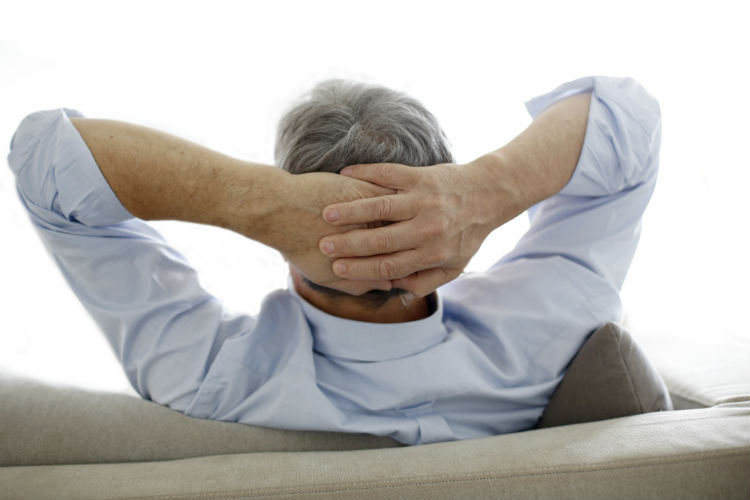 In my last post, I wrote about the general embarrassment that surrounds Alzheimer’s. Embarrassment may not seem like such a big deal, but I believe it has a lot to do with the isolation of people with dementia. And isolation is a big deal!

As you’ve probably figured out if you’ve been reading my blogs, I haven’t felt embarrassed or ashamed of my Alzheimer’s disease… at least not yet. It’s true that my disease is fairly early and my behavior not yet too gross, so things may change. But I think the reason I don’t feel embarrassed is because I’ve told most everybody I’m around.

I’ve always had trouble remembering names and faces and, in the past, it has caused me lots of embarrassment. I often felt stupid and worried that I had offended others.

Shortly after my diagnosis, though, I started slowly telling people: my family and closest friends, our small faith community, my email contact list, and finally the whole world through my blog and the Washington Post.

My memory has now gotten much worse, of course, but now we all know why. I know that there’s a reason beyond my control for my declining memory, and I don’t worry about offending others.

When I forget names, get confused in conversations or forget to do things I’ve promised to do, I now make some reference to the disease. We all shrug our shoulders and simply continue on. The other evening at a reception, I was talking with a woman I knew socially about Alzheimer’s in her family and about her concern over her own symptoms. Because there’s a big difference in heritability between autosomal dominant (“early onset”) Alzheimer’s and the normal, later-onset disease, I was curious about her age and said impulsively, “You’re about fifty-five, right?”

Umm… it is highly unacceptable in American culture to suggest to a forty-four-year-old woman that she looks like she could be fifty-five. Under other circumstances, I would have been mortified and would have spent the rest of the evening trying to make excuses, but I wasn’t embarrassed. We lose some of our inhibitions with this disease, too, and—despite the fact that I’d just steamrolled a social norm—I just rolled my eyes, as if to say, “What do you expect?”

As the evening went on, she mentioned my faux pas several times. I just kept rolling my eyes. I knew that in the normal social context it was unacceptable, but both of us knew that Alzheimer’s had changed that context. She may still have been offended, I suppose, but I wasn’t embarrassed.

It seems to me, then, that the isolation that plagues so many people with Alzheimer’s is not because of their embarrassment, but the embarrassment (or fear of embarrassment) of friends or family that threatens them and drives them away.

I’d be very interested in getting comments from any of you who have made a deliberate point of informing other people about the disease. What has been your experience with your own embarrassment? How about that of your loved one? Have either of you regretted making this information public?