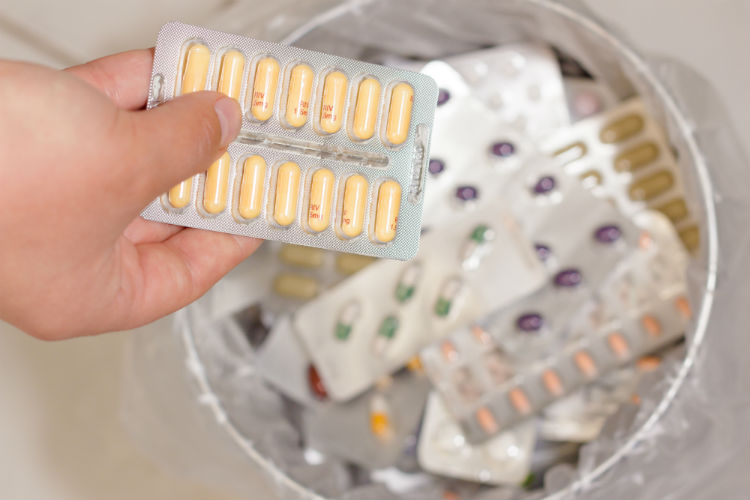 This post focuses on the popular supplements, over-the-counter medications and prescriptions that I no longer take. I’m sure many of you have at least one of these in your medicine cabinets, but it may be time to think carefully about why we take these things and discuss with our doctors whether or not they are actually helping.

I had taken multivitamins for years, but in April 2013, I summarized my research in this post:

The consensus recommendation is to, when possible, get your nutrients from food and not pills. While multivitamins are generally assumed to be safe, some contain excessive doses of nutrients that are many times the recommended daily intakes. For instance, some supply high doses of vitamin A, which may weaken bones, and others contain heavy doses of copper, which can interfere with the absorption of zinc, and vice versa.

But some groups may not be able to obtain all the vitamins and nutrients they need from diet alone. For example, some of us old folks have a diminished capacity to absorb vitamin B-12 from food. Especially for those in northern regions with cold winters, it can be difficult to get adequate vitamin D from sunlight and diet alone. Most multivitamins, however, don't supply as much vitamin D as experts recommend. Strict vegetarians may not get enough B-12, zinc, iron or calcium.

If you have any of these concerns, it might be best to talk with your doctor or dietician about specific supplements you may need, rather than relying on all-purpose multivitamins. The blood results from my annual physical last year showed that I was low in vitamin D, so I now take a vitamin D-3 pill with breakfast every morning.

I'd much rather go this route than try to figure out which among the staggering array of multivitamins might provide enough vitamin D without overloading my system with other vitamins or minerals. Not to mention, these days I find it almost impossible to read the small print on the pill bottle labels!

Like so many others, I faithfully took an aspirin every morning for many years, but when I started researching health care issues and reading lots of health newsletters, I began to question this practice. I abandoned the daily aspirin regimen after reading comments like this one from the Mayo Clinic:

“If you've had a heart attack or stroke, your doctor will likely recommend you take a daily aspirin unless you have a serious allergy or history of bleeding. If you have a high risk of having a first heart attack, your doctor might recommend aspirin after weighing the risks and benefits. You shouldn't start daily aspirin therapy on your own, however. While taking an occasional aspirin or two is safe for most adults to use for headaches, body aches or fever, daily use of aspirin can have serious side effects, including internal bleeding.”

Statins, prescribed to combat high cholesterol, are the best-selling class of drugs in the United States. Estimates suggest that 25% of all Americans take statins. The brand I took, Lipitor (atorvastatin), is the best-selling prescription drug in history. It was one of the priciest drugs around. I was paying about $200 for a 30-day supply. That's $2,400 a year! Finally, a generic became available a couple of years ago. I started using Lipitor when I was 60 and stopped when I was 83. Back in July 2012, I wrote a post titled "If You Are Over Age 60, Stay Away from Statins at All Costs."

That recommendation came directly from the book “Are Your Prescriptions Killing You?” by Armon Neel, a board-certified geriatric pharmacist and winner of the 2010 annual achievement award from the American Society of Consultant Pharmacists. Neel wrote that statins are “among the most ineffective and dangerous drugs on the market, largely because the doctors who prescribe them haven't done their homework, relying instead on information supplied by the manufacturers of statins and the studies they've underwritten.”

It's bad enough that the medical profession has ignored Neel's advice, but then new guidelines were released in 2014, which unfortunately created millions of new statin users, many of them over age 60. Contrary to earlier studies suggesting that statins might ward off Parkinson's, research found that those who take statins are more than twice as likely to develop Parkinson's later in life compared to those who don't. Another study indicates that statins increase the risk of diabetes by 46 percent.

I am now 87. I've recently had two complete physical exams with the usual blood tests. I passed both checkups with no adverse findings, and the same goes for echocardiograms that I had in March 2015 and March 2016. I'm sure I’d still be taking statins if I hadn’t done this research on my own.

Next up on this series, I will discuss the most controversial pill decision I ever made. I stopped my blood pressure meds, a choice that troubled most of my doctors and many of my nearest and dearest. But they really questioned my sanity when, at the same time, I insisted on continuing to use 5-HTP, the OTC serotonin booster, even though I knew it increased my blood pressure. Stay tuned for this saga.

Medications Senior Health
Be the first to comment
Related Articles