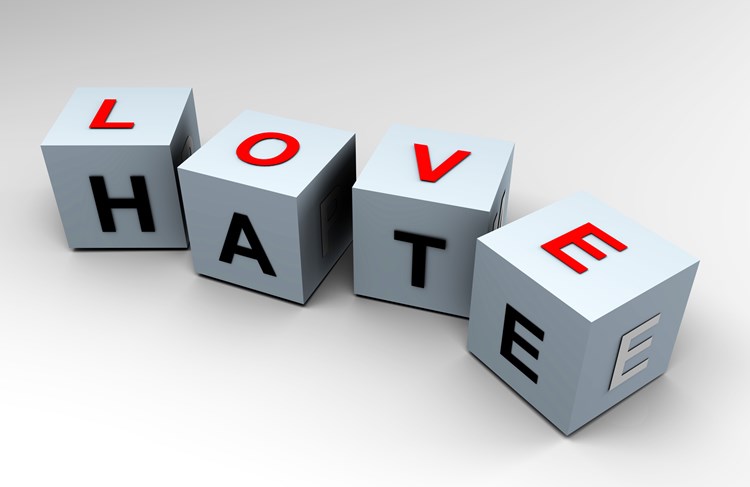 Recently a caregiver named Karen told me she felt obligated to care for her cranky elderly mother (whom she loved but never really liked), because she suspected mild dementia and worried about leaving her alone. I told her how important it is to have her mother evaluated by a dementia specialist immediately because with early diagnosis and treatment, dementia can be slowed down and symptoms can be managed in some patients.

By keeping her mom in the early and more cognitively aware stage longer, Karen's caregiving journey will be much less stressful than if she waits and the dementia and behaviors get worse. Since many people with dementia are greatly helped with an anti-depressant, and moods are often leveled out, I suggested she discuss that with the doctor as well.

I loved my own challenging elderly father, but I didn't like him as he was so hard to care for with his lifelong nasty temper, narrow-mindedness and angry outbursts. He had never used the "F" word his whole life (my mother would have slapped him silly), but when I took care of him and he got mad, suddenly it was every other word to me. I'd cry and beg him to stop berating me, just hating him for treating me so badly.

I wish I had been able to reach this consciousness sooner, but it was months into my caregiving journey before I became so stressed out that I just had to refuse to let anything my father said or did upset me. When I had on this "Emotional Shield" and I was able to just go-with-the-flow, everything bounced right off me.

"Yesss, Dad, I know I'm a f-ing b-- and whore and I've never done anything to help you, but if you take a shower I'll make you a special dinner and dessert tonight." He'd swear a blue streak at me as he shuffled into the shower and I could still hear him swearing to himself in there as I prepared his favorite dinner! I had to just laugh.

Like my father, Karen said her mother's negative behavior patterns were deeply ingrained because her family enabled her for years to be able to behave badly without consequences (very common). We didn't know to set boundaries with my father either, so when he pounded the kitchen table ("BOOM") and yelled obscenities about something, instead of telling him we would not tolerate that behavior and getting up and leaving the room, we cowered and walked on eggshells all the time trying not to upset him.

When a person like this becomes elderly and their already volatile personality gets compounded with (as I call it) "a dash of dementia", those ingrained behaviors still surface intermittently, but now over things that are more illogical, irrational and irritating than ever before. It's crazy-making for a family caregiver, as some days their elder acts normal (at the doctor's for sure), but then on other days at home when no one is around… yikes! I wish I'd thought to discretely turn on a little tape recorder, which would have helped me get help from the doctors much sooner.

Tips for Caring for a Difficult Elderly Parent

Oftentimes caregivers need to be reminded to put their own health first, so they remain healthy to care for their loved ones. And family and friends of caregivers coping with difficult elders need to make sure the caregiver takes good care, as the risk to their health is even greater. I was foolish and didn't take care of myself when I was caring for my parents--and was stunned when I developed invasive breast cancer. I gave my parents five more years of life in their eighties--and it has cost me several years of my…"middle-age!"

I also advise caregivers to get into a support group as soon as they start their caregiving journey, as solutions start to present themselves around others going through similar situations, and it is comforting to know that your conflicting emotions are normal. Support groups are easily found online or by calling a senior center, or adult day care. Hospitals often have caregiver support groups targeted to specific illnesses.

If you are a caregiver, particularly of a challenging elder who you don't really "like," or of a parent who didn't care for you as a child, focus on being proud of stepping up and doing the right thing, even though it is hard. And always remember: You can only do so much. If the boundaries you have established in providing care aren't protecting your emotional well being, look for outside support. Hiring care is nothing to be ashamed of. Arranging for someone else to step in is sometimes the best care decision for everyone involved.

J
EXPERT Jacqueline Marcell Elder Rage
About Jacqueline Marcell
Jacqueline Marcell is a former television executive who was so compelled by caring for her elderly parents (both with early Alzheimer's not diagnosed for over a year) she wrote "Elder Rage." She is also an international speaker on elder care and host of the popular Internet radio program "Coping With Caregiving."
Mom Parents
Read 506 Comments
Related Articles