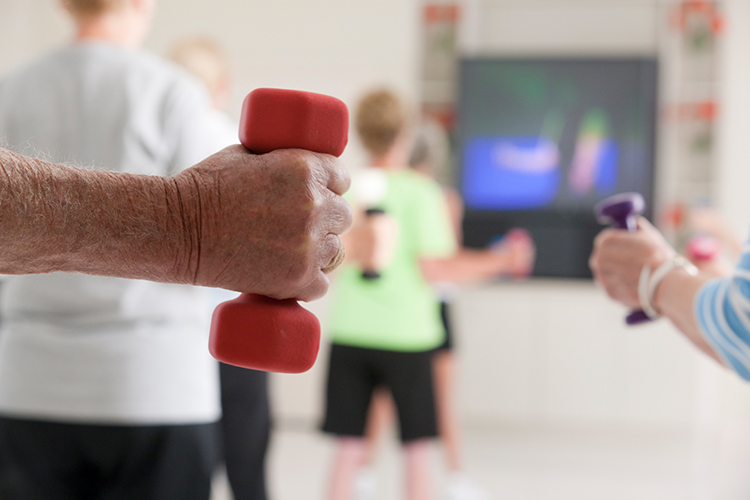 Over the years, the Baby Boom shockwave has rippled through society, forever altering U.S. mores and culture. Now the Boomer generation is set to transform yet another societal staple; the senior center.

The Census Bureau estimates that the number of Americans who are over 65 is expected to reach 72 million by the year 2030, and senior centers across the country are bracing for the inundation of Baby Boomers into the elderly population.

A cohort defined by its ability to influence change across a wide spectrum, the "Me Generation," has already had an impact on practically every element of the traditional senior center—even its name. Many senior centers have removed the word "senior" from their name entirely, opting instead for monikers that denote a more active, community-focused facility.

With the aim of coaxing aging Boomers through their doors, many senior centers have drastically revamped their program offerings and schedules to reflect a more active, dynamic aging population.

Evidence indicates that many Boomers plan to continue working, at least part-time, well into their twilight years. Because of this, senior centers are beginning to schedule their Zumba classes and canoeing trips around the work schedules of this demographic.

In addition to the aforementioned activities, many senior centers are beginning to offer everything from classes on investment, to singles groups, to discussions and debates of current events.

The traditional aesthetics of the senior center are also being re-tooled. Exercise rooms with pneumatic lifting machines and cafes serving coffee and sandwiches are replacing bingo halls and institutional cafeterias.

All of these changes basically add up to one reality: these aren't your grandmother's senior centers. The future of senior centers is being shaped by the most volatile and active generation in modern history. As a consequence, these facilities are poised to become prototypes of dynamic aging—redefining the concept of what it means to be an elder.

The Social Side of Assisted Living: Activities and Events

Love is in the Air: Elderly People who Find Love Later in Life