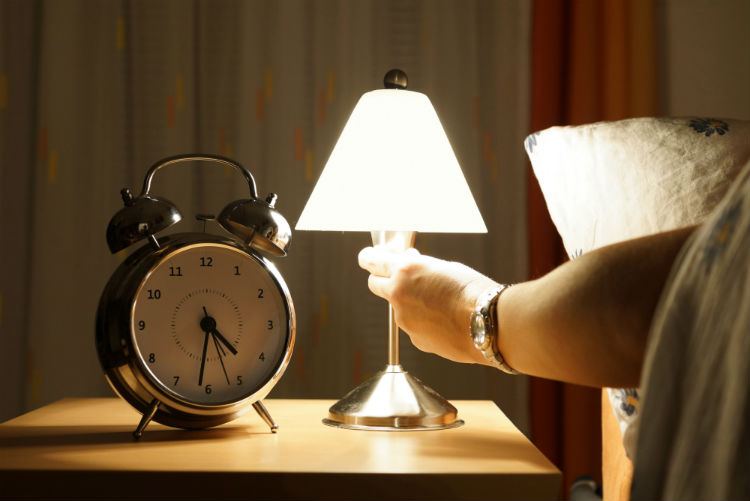 I’ve always wanted to spend the night at a rest home. It's a strange ambition, but there you go. It’s not as though I haven't visited enough of them. Over the past ten years, I’ve spent time in at least a dozen senior care facilities with my mother. Rest homes, secure dementia units, psychogeriatric wards and hospital-level facilities—I’ve visited them all. But I’ve always wondered what it would be like to actually be in one instead of a mere visitor.

Recently, through a happy series of events, I was offered the chance to stay overnight at a retirement village half an hour from home. Nine other people and I were able to spend time together, observing and reflecting on the experience of being residents at a rest home.

Inching down the motorway through Friday afternoon traffic, I arrive in a suburb I’ve rarely visited, and I park outside a facility I know almost nothing about.

It’s past 5 o’clock, and our little group is late for dinner. We quickly introduce ourselves before heading off to the dining room. Most of the residents already have left, but there are a few stragglers dotted around just sitting quietly or slowly making their way through the last of their meal.

It’s old-style hospital food: canned chicken soup, curried eggs, white toast, margarine and apricot jam, with quartered oranges to follow. All items are served patiently and respectfully by the long-suffering kitchen staff who have stayed late to look after us.

Dinner ends and we’re summoned to the sun-bathed conservatory at the other side of the dining room. Three of the night staff have prepared a list of rules for their new, temporary residents.

“No resident is to leave the unit after 9 PM or before 7 AM without signing out.” (For our health and safety, of course.)

“No bed sharing.” We laugh nervously.

“Staff will check on residents in their rooms, hourly. With flashlights.”

“And for those who misbehave,” reads our care assistant, struggling to keep her face straight, “all medications will be administered rectally.” They dissolve into girlish giggles.

The staff here are welcoming, warm and hilarious. They are also calm, skilled and professional. For some, caregiving is a family tradition that has spanned three generations.

At first, our fellow residents are deferential. They keep their eyes down or smile shyly, moving aside to let us pass. Close in, however, they’re chatty as anything. One smiley resident tells me she’s exhausted. “Yesterday,” she confides, “I was filmed for TV!” The frail elderly man who shares her table is pretty onto it. He’s convalescing after surgery, having broken his hip in a fall at home. I learn about the complexities of fractures involving ball-and-socket joints.

Later, in the corridor, I bump into a fit-looking older man. We pass and repass each other several times. “Obviously we’re both looking for something,” he jokes. It turns out he’s lost his bath towel. I’ve lost track of the exit. We introduce ourselves and he tells me he doesn't understand why he’s there. “It’s not like I have dementia or something..."

The sleepover group exchanges the heat of the rest home for the crisp, early evening air. We talk and walk around the beautiful gardens. Beside the roads that wind through the village, it’s all tidy beds of flowering roses and rhododendrons. Further afield we pass allotments for individuals to grow their own vegetables or flowers and free-standing cottages with bright gardens spilling out over steps and paths.

When we return to the rest home, it’s supper time. Those not already in bed are slowly making their way to their rooms. It’s 7:30 and the sky’s still light. Our little group mostly declines offers of Milo (a chocolate and malt drink) and muffins. We gather to chat in a windowed nook just beyond the bedroom area and close the fire door so as not to disturb the other residents. To our surprise, we find that we’ve locked ourselves out. The good-humored staff come to our rescue.

Then it's time for bed. It's only 10 o'clock, but it feels incredibly late. We make our way down the long corridor to our rooms, each one carefully labelled with our name. The restroom is opposite mine. Cautiously, I open the door marked Ladies. The large white space is spotless. There are no pictures or mirrors, just a sink, a paper towel dispenser and a call button on a long cord draped within easy reach of the toilet.

I cross back to my room. It’s like a nun’s cell, monastic and bare. There’s a narrow single bed, a wall-mounted shelf alongside, a sink and a built-in wardrobe/chest of drawers. A fashionably retro flower painting prettifies the long wall. There’s nothing else but a small desk without a chair.

My room is warm and bath-like, much too hot for bedclothes. I open the window as wide as it goes and get ready for bed. I rummage through my bag for my phone. It’s almost overwhelming, this sudden urge to connect with the outside world. Do the permanent residents feel this too? Do they even have phones or computers?

I hop into bed and gaze round the room, mentally furnishing it and wondering what I’d bring to this tiny space and what I’d have to leave behind. I wonder who has slept here before me.

Here I am, in close proximity to more than a dozen people. Some are awake, keeping watch over the corridors and listening for sounds, while others are murmuring, coughing and gently snoring in their rooms nearby. I’m probably as safe as I’ll ever be.

But I feel strangely vulnerable. It’s like sleeping by an unlocked door, in a hotel full of strangers and I can’t shake off a vague feeling of sadness and loss.

Eventually I sleep, waking only once to pull on my robe and cross the muted light of the corridor to the toilet on the other side. A quiet-footed caregiver greets me as I pass, dimly lit like an usher at the movies.

I’ve forgotten to set my alarm. The morning light seeps through the curtains. I hop up and draw them back. Staff are pulling up to the parking lot ready for the handover of the night shift. The sun’s just reaching the roses, and they’re blooming like crazy.