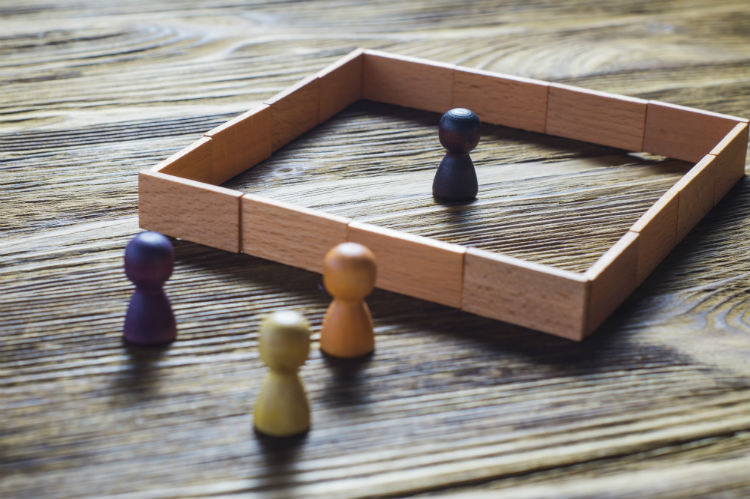 Rachel, a woman who reads my blog regularly, recently emailed me about her family's experiences with dementia. Her father, a retired physician was diagnosed with vascular dementia, i.e. dementia caused by small strokes. When her father first started having symptoms, Rachel and her mother refused to accept a doctor’s diagnosis. Until her father’s symptoms worsened a year later, they never mentioned the word “dementia,” even though her father seemed to have significant insight into his intellectual limitations and got on with his life within those limitations. He is now in a nursing home, confined to his bed, and unable to walk or feed himself.

Regardless, Rachel still enjoys her visits. “Some days I might be his daughter, and other days I might be ‘a girlfriend’ or just someone he knows. I get rewarded by this and his humor, which helps my heavy heart.” But Rachel wonders why his many friends from his life before dementia have stopped visiting him.

Rachel’s mother developed symptoms about a year later, apparently caused by Alzheimer’s disease. Unlike her father, Rachel’s mother is still in “cover-up mode,” not yet acknowledging her diagnosis and hiding her symptoms skillfully from other people. She and Rachel collude with one another, ignoring the impact of the silence on their relationship.

Rachel met one of her mother’s friends at the store who asked, “What’s wrong with your mum? Has she been given a diagnosis?” Rachel was unable to tell her mother’s friend the truth. In fact, she covered up for her mother, making the usual excuses, because, she said to herself, she didn’t want her mother’s friend to stop visiting! The questions make clear, of course, that the friend already knew. There was something wrong and it was some form of dementia. The secret, however, though hidden in plain view, had to be kept secret. The friend knows, yet has to pretend she doesn’t. Rachel herself feels the embarrassment to the point of shame. My own guess is that the friend would visit more often if things were out in the open.

The common theme throughout Rachel’s experience is embarrassment and shame. In retrospect, Rachel can see the shame first descending when she and her mother refused to acknowledge her father’s dementia—despite its obviousness to both of them and despite even her father’s acceptance of his symptoms. When her mother began having symptoms, mother and daughter again continued the cycle of denial.

Shame and embarrassment hover like clouds over families affected by dementia, and especially those dealing with Alzheimer’s. When Rachel finally did begin talking about her father’s dementia, in fact, she noticed how much more comfortable it was to talk about her father’s “vascular dementia” than “Alzheimer’s.” Rachel acknowledges that most of her mother’s friends know that she has “lost it” (as they like to say). However, not one of those friends has mentioned the word “dementia” to her. Furthermore, “Alzheimer’s” is still not mentioned around their home. There’s an overpowering taboo: We all know what’s going on, but we don’t want to acknowledge it or face it.

So, why do her father’s friends stay away? My guess is that they’re afraid they won’t know what to do in the presence of dementia and that they’ll be embarrassed by his condition. What do you say, after all, when your old friend doesn’t remember you or repeats himself every five minutes, or does something else embarrassing. (I certainly had those fears before my diagnosis and to some extent I still do.) We believe we’ll feel uncomfortable, so we stay away, leaving our friend suffering not only from limited cognitive function but also from isolation and perhaps increasing shame, too.

I recently listened to a brief podcast in which several experts were asked to respond to the question of why people fear Alzheimer’s so much. None of them mentioned embarrassment or shame as important factors, which seems astonishing to me! Isolation may be the worst part of the diagnosis, and shame and embarrassment are the primary causes of such isolation. If we don’t recognize the embarrassment, much less acknowledge it, we cannot confront it and work it through. Through writing this blog and reading the comments and emails I receive, I’m beginning to think that embarrassment and shame are among the worst parts of this disease.

There are over five million Americans with Alzheimer’s—more if you include other forms of dementia. By the time we reach 85, half of us will have this disease. This is a common condition that almost everyone has some direct contact with, yet it’s somehow become shameful. It’s all around us, yet it remains hidden in the closet, causing so much isolation and fear. It’s past time we got it out of the closet and into the light.