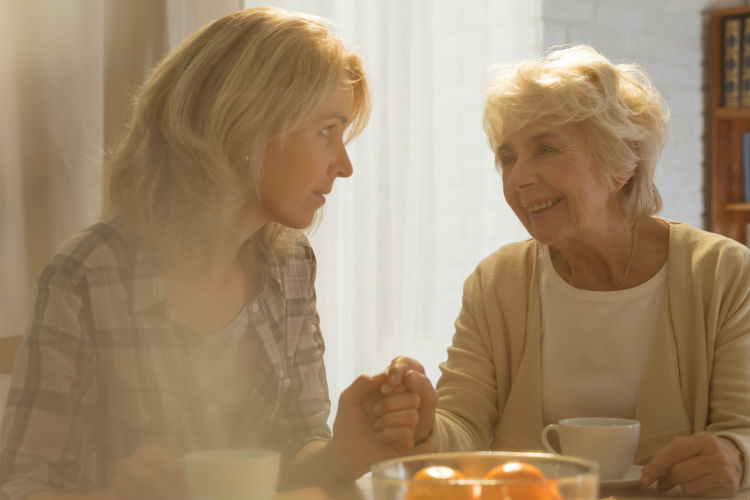 An increasing number of adults are viewing advance funeral planning, sometimes referred to as “preplanning,” as a natural continuation of preparing their wills and estate plans. Still, there are many more families who could benefit from the financial and emotional security that comes with making final arrangements in advance.

Unfortunately, there are a few misconceptions about preplanning a funeral that might cause a person to shy away from this process. We have debunked seven of the most common myths surrounding advance funeral planning below.

Myth 1: Death is too hard to talk about.

The truth is, it’s actually harder on the family if members don’t discuss their wishes for their final arrangements. Planning a funeral in advance can ease a family’s grief and uncertainty following a loved one’s passing. Designate a time to have this vital discussion, and open the conversation by explaining that the goal is to make things easier for the entire family in the future. Emphasize that making final arrangements in advance is a loving gesture to ensure that grieving family members won’t worry about whether they’re respecting a deceased loved one’s wishes.

Myth 2: There’s no use talking about death now when it’s such a long time off.

Actually, it makes a big difference. Having the conversation about final arrangements when death is imminent is infinitely more difficult. Bringing up the subject with family earlier in life makes the topic easier to discuss because there is sufficient mental and temporal distance from the reality of it. Making plans while still relatively healthy can also help turn a funeral into a celebration of life, rather than focusing on the pain of one’s passing.

Myth 3: Those who are financially secure don’t need to preplan their funerals.

The reasons to preplan are valid for everyone, regardless of financial status. Making final arrangements in advance ensures the funeral will be conducted according to the deceased’s wishes, helps loved ones avoid overspending on unwanted merchandise or services, and locks in current prices should they choose to fund their prearrangement. It is impossible to predict if a serious illness, an accident or an economic downturn could affect one’s finances and ability to cover funeral costs. Paying in advance guarantees that the service will be paid for and ensures that family members will not have to use their own funds to cover costs.

Myth 4: The family already knows if they want to be buried or cremated.

The choice between burial and cremation is only one small part of a person’s final arrangements. Where does the person want their remains buried, interred, scattered or kept in an urn? Do they want a funeral or memorial service to allow friends and family to honor their memory and pay their respects? Will this service align with religious or ethnic customs? What music and funeral songs should be played? Are there special readings they would like included? Should the tone be somber or celebratory? Answering these questions and others can help ensure that all of a person’s final wishes are carried out.

Myth 5: They’ll be gone, so it doesn’t matter what kind of arrangements are made.

It is true that a loved one who passes away will not get to see their funeral plans come to fruition, but this does matter a great deal to family and friends who are left behind. Unless family members know exactly what a loved one wants for their final arrangements, the resulting uncertainty can lead to arguments, disagreements and additional stress at an already difficult time. Even if a person doesn’t have strong opinions on what their funeral service should or should not include, discussing these arrangements now will provide invaluable clarity for their family members.

Myth 6: He or she has already purchased a cemetery property.

Owning a cemetery plot, mausoleum crypt or columbarium niche only addresses a person’s final resting place. Final arrangements include much more than that. For example, if a person wishes to be buried, it is important to discuss the type of casket they would prefer, the clothing they would like to be dressed in, what their grave marker should say, and what kind of celebration, service, or memorialization they want. A service planned in advance can include all elements of their final arrangements.

Myth 7: It doesn’t make sense to plan now because they might move away.

Actually, there’s no better time to plan than the present. When you use a Dignity Memorial® provider to prearrange your loved one’s funeral or cremation service, they’ll enjoy the security of National Transferability of Prearranged Services. Should your loved one move more than 75 miles from where their original arrangements were made, their prearranged services are fully transferable within the nationwide network of Dignity Memorial® providers.

Simply put, there’s no good reason NOT to make final arrangements in advance. Whether the goal is to ensure that one’s wishes are carried out or to protect one’s family from making difficult decisions at a time of loss, advance planning is a prudent and loving gesture.

M
EXPERT Molly Lindell Dignity Memorial
About Molly Lindell
Molly Lindell leads the Chicago area network of Dignity Memorial® funeral, cremation and cemetery providers. As a licensed funeral director for the past 20 years, she has assisted thousands of families during difficult times, helping them celebrate the significance of lives that have been lived and preserving memories with dignity and honor.
End of Life Funeral Planning
Read 9 Comments
Related Articles