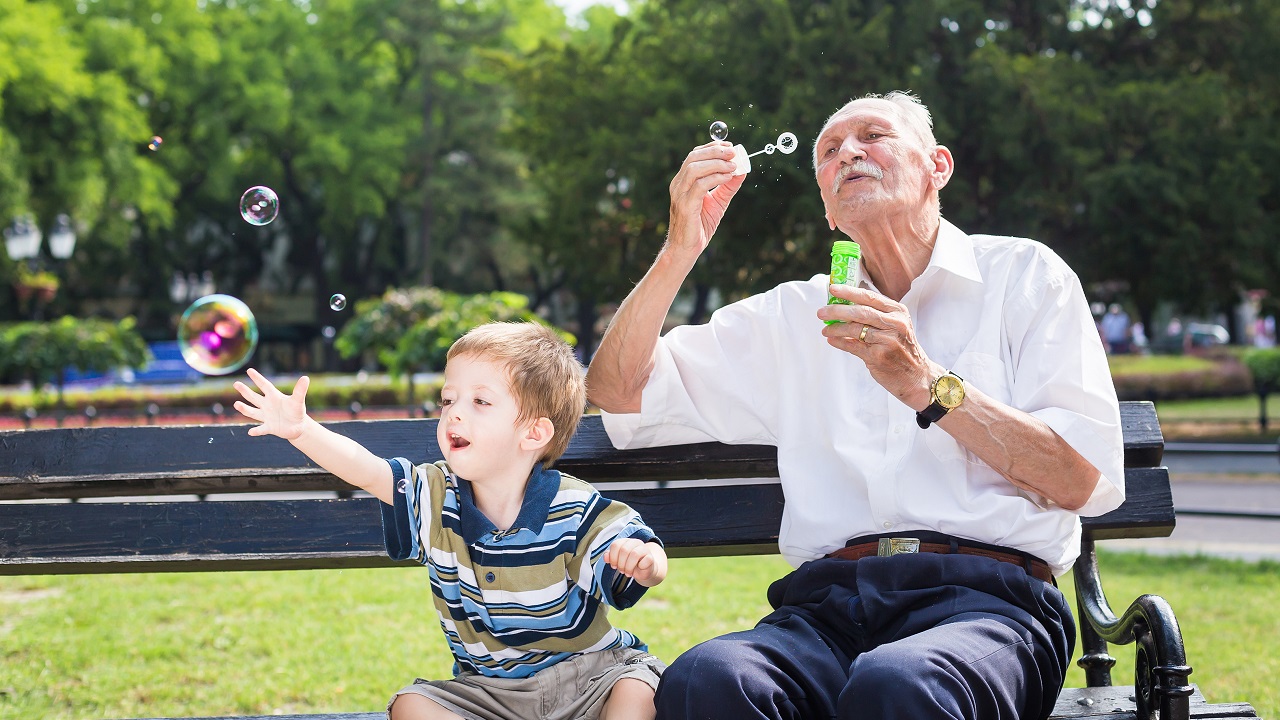 The importance of grandparents in the lives of children cannot be denied. Before our society became so mobile, it was common for children to grow up surrounded by extended family, including one or both sets of grandparents. Seniors often moved in with their adult children and young grandkids when they became frail.

My own childhood mirrored this now quaint picture of the past, and I’ve always felt happy about the fact that my children were involved with both sets of their grandparents as they grew up. Yet, even though my kids enjoyed weekly grandparent visits, they were already in the minority. Many of their friends rarely saw their own grandparents, who often lived hundreds (if not thousands) of miles away. But, even with the obstacle of distance, I heard many of these young children talk excitedly about seeing Grandma and Grandpa over holidays and whenever they could.

The Revival of In-Law Suites

In recent years—often because of economic issues—a reversal of this trend has caused a significant number of families to return to the idea of sharing responsibilities and, in some cases, living spaces.

According to a Pew Research Center Report, a record 60.6 million Americans, or 19 percent of the population of the United States, lived in multi-generational family households in 2014. That’s more than double the number of such households in 1980. Of course, the COVID-19 pandemic had a significant impact on the prevalence of multi-generational living throughout 2020 and 2021 as well. A report commissioned by Generations United found that 26 percent of Americans are currently living in a household with three or more generations.

Another type of grandparenting has quietly maintained a strong presence in our society: grandparents who have become surrogate parents to their grandchildren because, for one reason or another, the parents cannot fulfill such a role. In 2019, nearly 2.5 million grandparents were responsible for the care of their grandchildren. The influence of these “grandfamilies” is significant; without them, thousands of children would have no familial anchor and, in some cases, no home.

Grandchildren Who Assume the Caregiver Role

When I was growing up, few grandparents lived to the ages of 85, 90 and beyond. But as modern medical care helps people live longer, more grandchildren are stepping up to provide care for their elders. These young caregivers are in what should be their formative adult years, yet they are torn between bettering their lives through education and job advancement, and the loyalty they feel toward their aging family members.

We see questions on AgingCare’s Caregiver Forum from this generation much more frequently than we did in the past. Many of these grandchildren adore their grandparent(s), but they are left to navigate complex medical and long-term care decisions while trying to forge paths of their own.

The bond between a grandparent and grandchild is precious and unique. During the 1970s, a grassroots effort spearheaded by Marian McQuade of West Virginia led to the creation of a day dedicated to celebrating this relationship.

Grandparents Day was deemed a national holiday in 1978 and is celebrated each year on the first Sunday after Labor Day. The purpose of this special day is to “honor grandparents, give them the opportunity to show love for their children’s children, and to help younger generations become aware of the strength, information and guidance that older people can offer.”

Take this opportunity to appreciate your own grandparents, your children’s grandparents, and all elders who have had an impact on your life. If you know a younger caregiver who is providing assistance to their grandparent, offer some recognition or a helping hand. Grandparents Day is a reminder that we owe a lot to older generations who have passed down their love, support and hard-won wisdom.