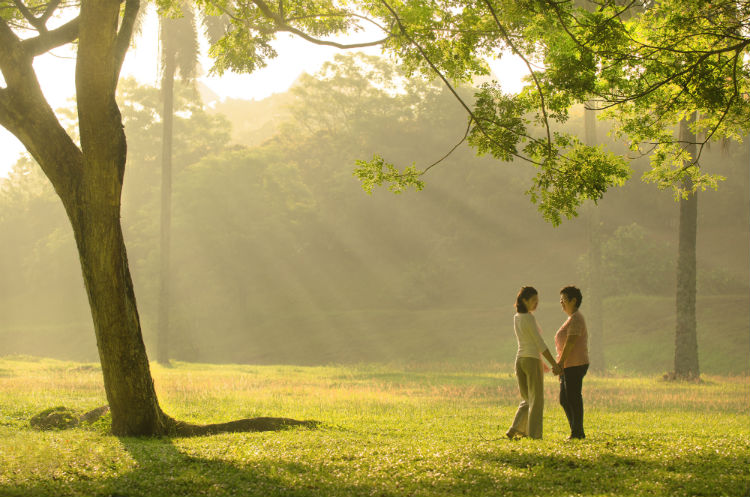 Witnessing our parents' aging process can be uncomfortable. Some people consider the pain so unbearable that they find reasons to be angry with their parents. Some use other distancing behaviors so they feel justified in withdrawing. Most of us don't go to this extreme, but many of us find that we will occasionally look at one or both of our parents and feel a shockwave go through us.

"They are getting old!"

I have experienced the shock of watching my parents age before my eyes. Even though I lived in the same community as my parents and saw them often for the greater part of my life, their aging came at me like punches to the gut from time to time. You may be experiencing a similar reaction.

These people once took care of our needs. Now they need—or may soon need—our help. While it's not a logical train of thought, we can feel a little betrayed when we find ourselves in this situation. The child inside of us rebels. We don't want our parents to grow old and frail, for their sake and for ours. We can begin to feel kind of "orphaned."

Reflections on Our Childhood

Nearly every person's childhood leaves them with mixed memories. Even siblings raised together by the same parents can have wildly different views on how their shared childhood played out. For most of us, there are times when we think, "Hmm, Mom was right about that." Other times, we know for certain she was wrong. The same goes for Dad, of course, but we'll focus on Mom in this particular article.

So, What Did My Mom Tell Me That I Now Think Was Right?

What Did My Mom Tell Me That I Now Think Is Wrong?

Our parents were products of the people who raised them, as their parents were products of the people who raise them. Most of us had parents who did their best to give us a good childhood. I know mine did. I'm sure my kids could make a nice, long list of the things I did wrong, even though I've always had their best interest at heart. That is the nature of parenthood.

Mom, you were wonderful—even if you did push me into going to prom with a guy I barely knew because you were certain I shouldn't miss such an important event. But all is forgiven.