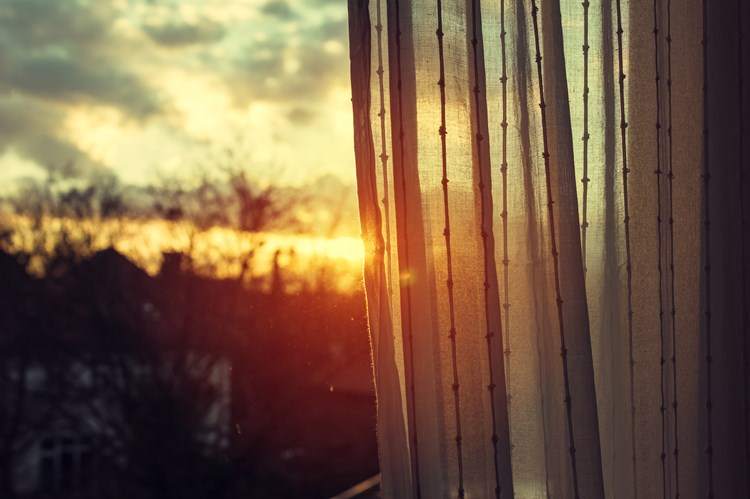 In someone with dementia or Alzheimer's sundowning, also known as late day confusion, causes an increase in challenging behaviors in the early evening hours. The AgingCare.com forum is filled with people coming together to share valuable information. We’ve compiled experienced dementia caregivers’ tips and advice for devising a routine that minimizes sundowning behaviors.

“As a geriatrician, I tell families that sundowning in people with dementia is a little similar to the 5 p.m. ‘witching hour’ that parents often see with babies and young children. It’s probably a combination of long shadows, being tired at the end of the day and who knows what else. Every family has to do some trial and error to figure out a way to manage it. Try using a set routine and creative redirection and minimizing stressors during this time of day if possible.” –drkernisan

“Try to keep the person from becoming over-stimulated later in the day. This can be from watching the news or crime shows on TV at night or even scheduling bathing in the evenings. Keep activities soothing and low-key. Ensure the room they’re in is well lit to prevent shadows, which often confuse a person with dementia. The less agitation and the more familiarity they have, the better.” –virtualhorizon

“My mom had sundown syndrome and I found that a sleep machine (playing nature noises) worked well to calm her in the evenings. Also, I put the shades down BEFORE sundown and that seemed to help.” –dogloving1

“You may not be able to avoid sundowning behaviors altogether, but there are steps you can take that might make things easier for you and for your loved one. Have a routine and stick to it. Don’t give them any caffeine after 12 p.m., and arrange the schedule so that you’re not asking or expecting anything of them when they begin to sundown. For example, make sure they’ve had their medications and provide them with snacks and drinks. Cut down or minimize activities in the late afternoons, because increased stimulation can cause increased agitation.” –Eyerishlass

“My mom gets very confused after her afternoon nap. She can’t distinguish dreams from reality, and she gets a second wind and spends the afternoon calling me over and over again. I have definitely found that the afternoon naps seem to cause more harm than good, especially for a dementia patient who is prone to sundowning.” –TSM1013

“Naps can be incredibly disorientating for someone with dementia—especially if the person sleeps deeply! My mum has the most bizarre delusions (and paranoia) just after waking up in the afternoons.” –JGWBRG

“Turn on lots of lights in the house and change bulbs to higher wattages that are appropriate for each fixture. Seniors tend to walk around and turn off the lights or have dim bulbs as part of their ‘energy-saving’ mentality, but more lights are better. Also, try to go for a walk, even if it’s just around the yard before it gets dark. This is not possible every day, but going to a brightly lit store (Target, Walmart, etc.) might help in the early evenings before or after dinner. When I’m visiting Mom, we try to have a routine like a small glass of wine and a light snack at that time to cut down on the wandering, fidgeting or constant circling in the kitchen. It’s tough, but if you can do some more physical activity (walks, light exercise like chair yoga, etc.) to wear them out late in the afternoon, they tend to be more settled in the evening. I’ve also moved dinner time up in the winter when the days are shorter from a normal 6 p.m. to more like 4:30 or 5 p.m. so we aren’t eating when it’s dark outside.” –sinflo2

“Sundowning, in my opinion, is the brain’s inability to process what’s happening in real time due to changes in neuro-chemistry, which are affected by metabolism, physiology and fractured light sources. When your loved one gets to this point and is safely diagnosed with intermittent confusion or sundowning (and not something more serious like a urinary tract infection, which must be ruled out first), I like to use distraction in the form of music. Out of the five senses, I believe listening to be most useful to calm an anxious mind. Sounds of ocean breezes or bird noises are so very calming. People have used herbs and teas for relaxation with scents as well. Going to sleep with a recording of a narrated book is a helpful tool. If your loved one is to the point where you are so frustrated you want to pull your hair out, then don’t worry. You’re just like every other hardworking caregiver. Hang in there, join a support group, and pat yourself on the back.” –anonymous122086

“Some dementia patients sundown worse than others. The days are shorter during winter in the northern hemisphere, and that can exacerbate things. Try to find things that help, such as having lights on and blinds drawn before the sun begins going down. I would focus on making your loved one feel as safe and secure as possible. You know them best, so you may be able to figure out some good things, e.g. familiar movies, music, or old TV shows that can help.” –JessieBelle

“Sundowning is a curious thing; you never know what is coming and when. I had the freedom in my schedule to sit with my husband, talk with him and hold his hand when he would sundown. I will tell you this, you will become an ‘accomplished liar,’ as someone in my Alzheimer’s support group once said. And that is okay. You have to agree with whatever they say no matter how off-the-wall it is. Correcting them does not help. Engaging my husband in conversation and changing the subject worked wonders. You do whatever it takes to calm them. Imagine, if you can, what they are thinking about (not being able to think at all) and what their disconnected brain wires are causing them to think and do. It is a horrible disease.” –butterflykisses

“My late husband began sundowning towards the end of his life, and I called the Alzheimer’s 800 number for suggestions. They said to provide a snack and get him involved in older TV programs and movies—quiet and nostalgic ones. They told me to sit and watch it with him instead of rushing about and taking care of dinner or the dogs as my usual routine would go. I had to change my own routine, slow down and just ‘be’ with him. I took up crocheting, which fascinated him to no end, and a nap worked well for him too. Our afternoons went something like this: he took a nap when he would start getting fidgety from about 2-3 p.m. until around 4-5 p.m. I gave him a snack with carbs and sugar that was easy to eat, and he enjoyed it (comfort food like pudding or an egg custard like his mom used to make). I would have dinner premade and ready to microwave. I would give him a small task to do, like putting the utensils on the table or putting the food down for the dogs. He loved feeding the dogs! They gave him so much love right back that it diffused the situation. Try to stay calm at all costs and keep the atmosphere as soothing as possible. Diffusing lavender oil into the air or some other soothing scent might help.” –muddiggermom

“Lighting and napping helped us. My mom doesn’t like to nap, so sometimes I have to lie down, too, just so she will. Another thing that works most of the time is redirection. Get them engaged in an activity that draws their attention away from the things that sundown syndrome brings out. Try dusting furniture or just sitting down with them and engaging in conversation where they have to help you with a made-up problem you have. I’ve been known to sit and listen to my mom chatter on for over an hour about things that aren’t really happening. But if I can say things like, ‘How did you handle that?’ or ‘That must have been challenging; what do you do if it happens again?’ really refocuses her and she bounces out of sundowning more often than not.” –dianestark

“You might try a walk in natural lighting in the late afternoons. Perhaps a routine of lunch, a nap, a little snack, and then a walk outside followed by a calming activity might help.” –momsie

“At home, we planned casual, relaxing activities that we began in the later afternoon and helped transition us through and past sundown. Once Mom went to a skilled nursing facility, we also tried to be with her during her sundowning periods so she wouldn’t be alone. Don’t plan any excursions, visits, appointments, etc. later in the afternoon. Make them in the morning so you can both return home and your loved one can settle in and adjust before it begins getting dark. Try playing their favorite TV programs in the early evening. Listening to music could help them relax; put on their favorite songs, or tune into one of the calming music channels on TV. Too much activity could aggravate and confuse them.” –GardenArtist