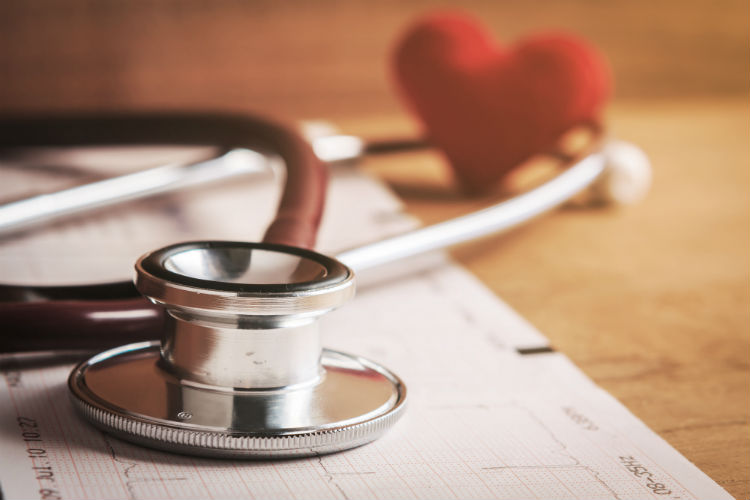 More women die of heart disease than all forms of cancer combined. That's the message from the American Heart Association during February, which is Go Red for Women.

Heart disease doesn't discriminate by age: Coronary heart disease is one of the top causes of death in women above 40 years old, the American Heart Association says. So caregivers must take note not only for their elderly mothers but also for themselves.

Every year since 1984, more women die from cardiovascular disease in the United States than men. Why does this happen? According to Dr. Jason Freeman, an Interventional Cardiologist at South Nassau Communities Hospital (www.southnassau.org), the most important reason is that women do not typically experience the same symptoms as men.

Less than 50% of women experience chest pain when having a heart attack. "Many women don't get the classic chest tightness that radiates to the arm or neck that most people associate with a heart attack," Dr. Freeman explains. Women, he says, present more with symptoms of fatigue, nausea, indigestion, and shortness of breath. "They don't associate those symptoms with heart attack. These atypical symptoms can be confusing, so they put off going to doctor. The longer they wait, the less their chance of survival."

In fact, "By 12 to 24 hours following a heart attack, its hard to reverse the damage that's been done. Heart muscle dies," he says. There is much higher risk of death due to congestive heart failure. Even if a woman doesn't die, the damage to the heart can be so severe that it results in life-altering medical conditions. Their quality of life might not ever be the same.

The best way to reduce your risk is to know the risk factors. Like men, the risk factors for heart disease in women include smoking, family history, diabetes, high cholesterol, and high blood pressure. However, women are also affected by other factors such as menopause, pregnancy, obesity, and stress.

In addition, when menopause occurs, women experience a significant drop in the female hormone estrogen, which is known to increase High-Density Lipoprotein (HDL, the "good" cholesterol), a substance in the blood that removes cholesterol from the body and prevents clogging in the heart's arteries.

"The two things we can't control are age and genetics, so we have to be very aggressive with other risk factors," Dr. Freeman says.

He recommends that every woman "Be your own personal advocate. If you are on blood pressure or cholesterol medication, take them as prescribed every day. Lower your salt intake, reduce alcohol consumption to a mild amount, watch your total caloric intake, exercise, and control your blood pressure.

But of all the things a woman can do to reduce her risk, cardiologists and women's health experts agree quitting smoking is the most important. Studies show that women who only smoke 1 to 4 cigarettes a day double their risk for heart disease.

But what would Dr. Freeman say to the 80-year-old woman who says smoking is one of her only pleasures in life? "Smoking at 80 doesn't mean you can just keep smoking. There are so many chronic illnesses that can plague your final years due to smoking: Lung cancer, heart attack, stroke. The truth is: I wouldn't wish a stroke on anyone. That's a horrible final existence. Who wants to end final portion of life with stroke?"