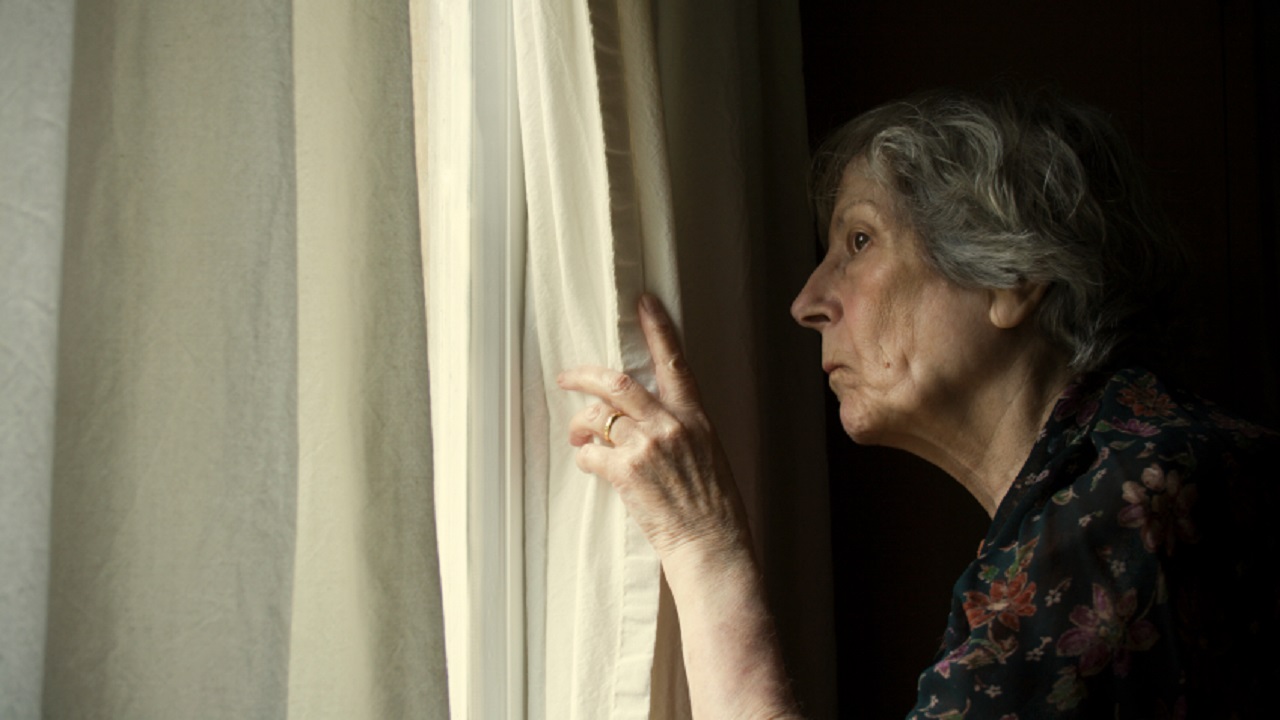 When a senior is experiencing these disturbing symptoms, their caregiver often wants to help them understand that these beliefs and perceptions are not real. However, a logical approach is not always best when caring for dementia patients.

“It is not helpful to argue or rationally explain why something happened,” explains Lisa P. Gwyther, MSW, LCSW, associate professor in the Department of Psychiatry and Behavioral Sciences at Duke University and director of the Duke Center for Aging’s Alzheimer’s Family Support Program. “It just frustrates the person. They somehow know that you are not taking their thoughts and feelings seriously.”

While reinforcing reality seems like the reasonable and kind thing to do, this natural instinct often backfires. Dementia caregivers can ensure they’re prepared to handle these challenging behaviors by learning the differences between them and proper coping techniques for each one.

The Difference Between Hallucinations and Delusions

Hallucinations, delusions and paranoia are symptoms of disease and not a normal part of aging. While they may seem similar, they are actually very different.

Hallucinations are false sensory experiences that can be visual, auditory and/or tactile. These fleeting misperceptions cannot be corrected by telling a patient that they’re not real. Examples include a dementia patient hearing music when none is playing or seeing bugs that aren’t there.

Delusions are fixed false beliefs that are not supported by reality. They are often caused by a faulty memory. For example, a dementia patient may firmly believe they are much younger than they are, that they need to “go home” despite already being home, or that someone they know well has been replaced by an “imposter” (Capgras syndrome).

Paranoia is rooted in feelings of suspicion and fear. Lapses in memory are frustrating and disorienting, often causing dementia patients to exhibit paranoid behaviors. Both hallucinations and delusions can be paranoid in nature. Examples of paranoid delusions include a senior believing that their caregiver has stolen from them, been unfaithful to them or tried to physically harm them.

When it comes to handling a senior’s hallucinations, Marion Somers, Ph.D., author of Elder Care Made Easier: Doctor Marion’s 10 Steps to Help You Care for an Aging Loved One, suggests joining them in their version of reality. Ask the dementia patient about what they are experiencing as if it is real so you can more effectively defuse the situation. Refrain from trying to explain that what they are seeing or hearing is all in their head. “Otherwise, you’re going to aggravate them, and you don’t want to increase the level of agitation,” Somers advises.

Reassure them by validating their feelings. Say something like, “I see that you’re upset. I would be upset if I saw those things, too.” Tell them that they are safe with you and you will do everything in your power to help them feel secure.

Read: Is Using Validation for Dementia Calming or Condescending?

A comforting touch, such as gently patting their back, may help the person turn their attention to you and reduce the hallucination, according to the Alzheimer’s Association. You also can suggest that they move to a different room or take a walk to get away from whatever may have triggered the experience.

Realize that some hallucinations, such as seeing children or hearing music, might be comforting. If a senior is reassured by what they are experiencing, caregivers don’t need to do anything to stop it, Gwyther says. “You only need to respond to things that are scary or disruptive or that keep the person from getting adequate care.”

If all other factors are ruled out and a loved one’s hallucinations are disturbing and persistent, then antipsychotic medication may be prescribed to reduce them. However, Gwyther says these medications are risky for dementia patients. She recommends trying nonpharmaceutical techniques first, like changing the way you communicate during these episodes and altering the activity and environment to remove or reduce triggers.

The Alzheimer’s Association offers these tips for changing the environment:

Dealing With Delusions in the Elderly

Delusions among dementia patients typically result from their cognitive impairment. They occur when a senior tries to make sense of a situation, but their confusion and memory problems make it impossible.

“They end up filling a hole in a faulty memory with a delusion that makes sense to them,” Gwyther says. For example, if a loved one cannot find their purse, they may conclude it is missing because someone stole it. This phenomenon is called confabulation.

Read: Confabulation in Dementia Can Feel Like Hurtful Lies

Delusions can be frightening for the person living with dementia, but they can also be very hurtful for caregivers when they are the targets. Recognize that the elderly individual is living in a world that doesn’t make sense to them and is likely scared. Do not take any accusations personally or respond with logical explanations. Instead, reassure the person and avoid asking questions that may only cause more confusion. If they are looking for an item, tell them you will help them find it. In cases where a loved one regularly misplaces an item and becomes agitated over the loss, the Alzheimer’s Association recommends purchasing a duplicate of the item to quickly resolve the issue until the original is found.

Redirection is another strategy that dementia caregivers use in response to delusional thinking, but it may not work for every patient or every false belief. If a loved one is experiencing a mild delusion, offering a favorite snack or activity or asking them to tell you about an important experience in their life may be sufficient to shift their attention. In cases where the person is very upset, reassurance may be the only viable option. Again, it is crucial to stress your commitment to their security and happiness and avoid rationalizing the situation.

Paranoia tends to worsen as a dementia patient’s cognitive abilities decline. According to the Alzheimer’s Association, when paranoia occurs, caregivers should assess the problem and devise solutions by considering these questions:

If someone is exhibiting paranoid behavior, it is important to discuss their medications (prescription and over the counter drugs as well as vitamins and dietary supplements) with their doctor. “Sometimes medications interact with one another or the dosages are too large,” notes Somers. “That can bring on paranoia, but a doctor can address problems and adjust the senior’s regimen to minimize issues.”

Changing Your Expectations and Communication Methods

Family caregivers commonly struggle to adapt to changes in their loved ones’ physical, cognitive and emotional abilities. Unfortunately, techniques for coping with dementia behaviors, such as validation and redirection, aren’t common knowledge. Even once dementia caregivers learn about these approaches, trading logic and rational explanations for acceptance and reassurance takes practice and plenty of patience.

Jacqueline Marcell, author of Elder Rage, or Take My Father... Please!: How to Survive Caring for Aging Parents, went through this challenging shift while caring for her mother and father simultaneously. Both had developed Alzheimer’s disease that went undiagnosed for a prolonged period. In addition to the characteristic lapses in memory, Marcell’s parents experienced regular hallucinations and delusions.

“I cried often during my first year of caregiving before I learned how to respond to these unusual behaviors,” she admits. “I realized that if they weren’t upsetting or harmful, it was easier to relax and go with the flow.”

Marcell eventually got into the habit of asking more about what her parents were experiencing during these episodes, which made her efforts to validate their concerns and calm their fears more successful.

“I learned to live in their reality of the moment, rather than cause confusion and make them feel bad by telling them that their minds weren’t working properly anymore. I can’t even describe to you the look of relief and thanks on my father’s face when I used this approach,” she recalls.

Recognizing the causes for all three of these dementia-related behaviors and understanding what a loved one goes through while enduring hallucinations, delusions and paranoia will help you both remain calm and find workable solutions.

“Sometimes, the only solution is the passage of time,” Marcell notes. “But, if frequent hallucinations or a persistent delusion is causing a chronic increase in anxiety for your loved one (and for you), it’s time to speak to their doctor about other options.”