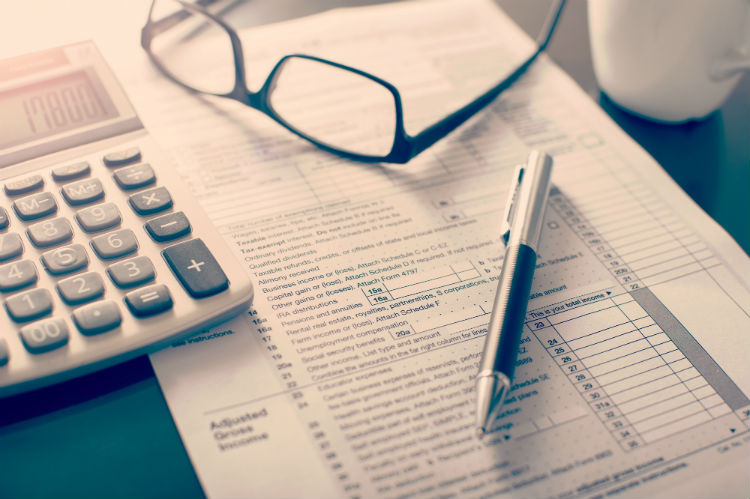 If your elderly loved one passed away during the past year, the person who was named the "executor" in their will (or, if no will exists, was appointed "administrator" of their estate by the court), is responsible for filing all necessary income, estate and gift tax returns in the decedent's name.

The income a deceased individual earned during the year in which they died is split up into two categories, based on whether the money was received before or after their death. Income received while the elder was alive is reported on their personal income tax return, Form 1040 (U.S. Individual Income Tax Return). Any income over $600 received by the elder after they passed away is reported on the tax return of their estate, Form 1041 (U.S. Income Tax Return for Estates and Trusts).

First steps for an executor

An executor must first apply for an employer identification number (EIN) for the deceased elder's estate.

This number is necessary for preparing returns and other tax-related documents. The EIN will also have to be provided to anyone paying interest or dividends to the decedent's estate. The executor must inform all involved parties of the elder's death, who will then send the executor a Form W-9 (Request for Taxpayer Identification Number and Certification) to fill out and return to them, before payments can be made to the decedent's estate.

The EIN is only used to file a final tax return for the estate of the person who passed away, and should not be used to file returns or make payments for any year other than the year when the person died. After receiving the EIN, the executor must notify the IRS that they are considered a "fiduciary" by filling out a Form 56 (Notice Concerning Fiduciary Relationship).

Filing a final income tax return for a deceased elder

The income taxes for a deceased individual should be filed by their executor, administrator or surviving spouse.

While filling out the Form 1040 for a deceased loved one, be sure to write the word "deceased" across the top, along with their name and date of death. If it is a joint return and one spouse is still alive, be sure to include the living spouse's name and address in the appropriate boxes on the form. If it is not a joint return, then write the name and address of the executor or administrator of the estate in the boxes provided.

Credits and deductions of the deceased

A person's final tax return can include any tax credits they were eligible to receive prior to their passing. This list can include such items as the earned income tax credit, or the credit for the elderly and disabled.

For an elder who itemized their deductions and was not a qualifying dependent, only those medical expenses that were paid for while they were living can be deducted from their income. After an elder dies, the medical expenses that haven't been paid become liabilities of their estate and are outlined on the federal estate tax return, Form 706 (United States Estate and Generation-Skipping Transfer Tax Return).

There is one exception to this rule: the person filing the taxes for the deceased can elect to deduct expenses incurred after death on an elder's final income tax return, rather than on their estate tax return, by attaching a statement that says the decedent's estate forfeits the right to claim those costs as a deduction.

If the deceased elder was a qualifying dependent, then the person claiming them as a dependent can deduct all eligible medical expenses paid for the decedent's care during the current tax year, regardless of whether they were paid before or after the senior's death.

Once the deceased elder's final return has been filed, the executor can fill out a Form 5495 (Request for Discharge From Personal Liability) to cut down on their personal financial risk, should something go wrong while filing. This form states that the executor will not be responsible for paying any additional taxes levied against the decedent's estate, beyond those stated by the IRS within nine months after they receive the request.

It isn't possible to cover each unique situation surrounding death and taxes in one article, so you may want to consult IRS Publication 559 (Survivors, Executors, and Administrators) for more information.