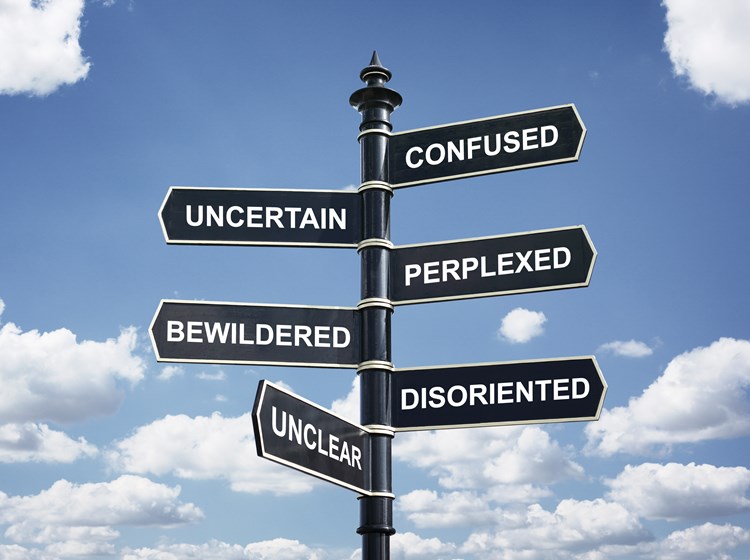 I'm on the train home from visiting my daughter and her family in Napa, California. Friday I decided to walk the family dog and join my grandchildren at the nearby park. Their dog sometimes slips out of her collar and needs a simple harness to keep her on-leash. But after at least ten minutes of confusion, trying unsuccessfully to figure out how to put the harness on, I had to settle for the collar, stuff the harness in my pocket and, ask my 8-year-old granddaughter Madeline to put the harness on once I'd reached the park.

This would not have happened five years ago. Although my neurologist is virtually certain I have Alzheimer’s, he tells me that I'm very early in the disease and that, in the average case, I would not yet have come to medical attention because no one else would have noticed or been concerned enough to push me toward help. But I know that something is wrong. I can't think as well. The confusion around the dog harness is only a minor thing, of course, but my previous IQ was high enough and my capacity to recognize spatial relationships strong enough to keep this sort of thing from happening. If it had happened, I'd have been pretty embarrassed.

What surprises me is that such little episodes of helplessness don't cause me much frustration or embarrassment anymore. I was the bookkeeper for our little church; a while back I made a $24,000 mistake in calculating the next year's anticipated income (ok, that's not a little episode), which created some havoc in the community. I recognize the seriousness of the mistake (and I've given up the task), but I feel no shame or humiliation.

This would not have been normal emotional behavior for me. Before my diagnosis, I took such pride in my ability to do such things that a mistake like that would have devastated me emotionally. But it's different now.

Before this disease, I rarely even contemplated the possibility of dementia, and, when I did, the thought of this helplessness terrified me. Especially in our country, it seems to me that feeling helpless is not culturally acceptable and frequently occasions shame. We disparage the “learned helplessness” of the poor, for instance, as almost the worst of all sins and blame them for their own poverty. Our native optimism convinces us that people aren't really helpless: There's always some way out, and it's their job to figure it out.

Some time ago, a student in a class of nursing students to whom I was speaking challenged me. “Aren't you accepting your limitations too easily? You don’t seem to fight against them. If you fought it a bit more, maybe your symptoms would be less intense.”

What was left unsaid was, "You're not as helpless as you think you are."

We do sometimes make exceptions for those with unavoidable and obvious mental disability such as mental retardation, traumatic brain injury from war, post-traumatic stress disorder (but notice how long it took us to recognize both of the latter diagnoses) and Alzheimer’s disease. And even then, we're not comfortable around those people. Helplessness is embarrassing.

I've been through this before: I suffered from severe depression for decades before I realized the cause was an organic brain disease. During that period, I was ashamed of my inability to enjoy life; I considered it a character defect that I should have been able to overcome. After I understood that the cause of my depression was an unavoidable chemical imbalance in my brain, however, the shame disappeared. I was still helpless, but I didn't have to "try harder" to get over it.

It's the same thing now. I'm not embarrassed when I can't remember ever meeting a person with whom I had a long conversation recently. I'm not frustrated when I can't fix a simple problem with my file drawers. My helplessness is unavoidable. I am not going to get better no matter what I do; my capacities will decline further. This is not my fault.

So I don't fight my inabilities. I can accept this part of myself as real. The sadness continues, but not so much the pain of helplessness.

Perhaps part of my symptoms are just my apathy, and it would be better to fight more. But even if that were true, fighting my plight has its problems, too: more frustration and tension, less ability to talk so openly about my disease, less capacity to notice the fine differences in my condition, and so on. I fought my depression vigorously, and, ultimately, it made me feel worse.

Furthermore, I’ve discovered a vocation in this sharing my experience wherever I can, and I can't tell the story if I don't accept the realities of my condition. I’m old enough to understand my limitations, my helplessness in these situations. It may be that someone else who fought their disease would do better. I doubt it, but in my experience, at least, it’s been more important to be completely straightforward with my limitations. Acceptance has its own rewards, and I value them highly.