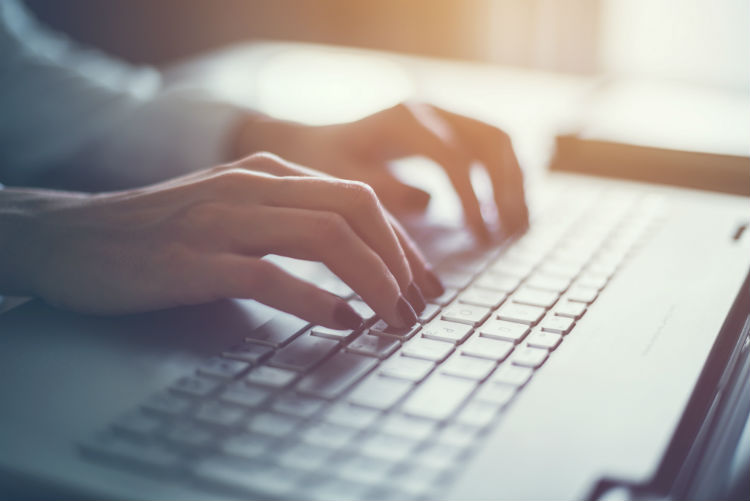 When I first started writing “Saturdays with Mum,” I was clear I wanted to remain anonymous, partly for myself. I was tentative, nervous even, because I didn't know how it would go.

The thing that worried me most was preserving my mother’s anonymity.

According to Bette Davis, “Old age ain’t for sissies.” That is definitely true.

But dementia is incredibly difficult, even for the bravest of us.

Dementia is undoubtedly a physical condition. Postmortem descriptions of those most severely affected sometimes identify areas of atrophy or tangles of plaque in the brain. But for those living with the disease, dementia manifests itself through its effect on mental capacities.

Despite the fact that my mother has remained intelligent, articulate and insightful, she finds dementia to be not just debilitating but profoundly shameful as well.

It doesn’t matter how much I explain that it is not her fault, that it is the disease, not her, and that people as diverse as Iris Murdoch, Rita Hayworth and Margaret Thatcher have all been diagnosed with it. My mother still believes she has failed, hence my determination to protect her privacy.

The ethics of writing a blog that is not just about a relationship, but also about how disability affects that relationship, is something that preoccupied me from the beginning.

A friend suggested some principles might help, so I thought long and hard about what I was trying to do and came up with a list for myself.

I decided to include:

I tried to keep these principles in mind as I wrote. As a kind of peer review, I ran them past a few of my friends and several of Mum’s. They all told me it was perfectly fine.

But that didn't stop the nagging feeling that people were telling me what I wanted to hear.

As the blog has grown, this feeling has not gone away. Last week, after a sleepless night, I went online to research “ethics” and “blogging.” Most of the results detailed the dilemma of protecting political sources from exposure and harm. This predicament is more relevant to investigative journalists than me.

Then I stumbled upon Randy Cohen, writer and humourist. Between 1999 and 2011, Cohen wrote The Ethicist column for “The New Yorker” magazine, addressing readers’ queries about everyday ethical conundrums. I lost a good hour reading his take on the ethics of everything from a hospital patient demanding a white anesthetist to a hotel patron stealing from the minibar and sneaking in replacements.

According to Cohen, honesty, kindness, compassion, generosity and fairness are the principles that should apply in every situation. He uses these to problem solve, examining the immediate circumstances for each person involved and weighing the pros and cons to each action.

Five simple principles: honesty, kindness, compassion, generosity and fairness. I reckon I had four of them covered. But honesty? Not so much.

I immediately realized what had been bugging me about this blog. I hadn’t been honest with Mum. She knew I was writing, but when she queried me about the content, I was fudging it. Not to mention I hadn’t asked her permission. I became convinced that before I wrote any more I needed to see to both those things.

So that afternoon, I did it. I told her I had something I wanted to ask her. I explained what a blog was (a journal on the internet) and said that I had been writing anonymously about being the daughter of and advocate for a parent who is living in a rest home—about me and her.

“How wonderful,” Mum said, before I could even finish explaining.

“It’s anonymous,” I repeated, more quickly than I meant to. Then I explained how I was using the pseudonym “Middlename Jane” and only referred to her as “Mum” or “E.”

“I told you, I have absolutely no problem with that,” Mum said with a very stern look.

I hugged her and she hugged me right back. Then I showed her the post about our thrift shop adventures and the one about Edward Bear.

“That’s what I say!” said Mum, about the importance of a customer chair in shops.

“That’s exactly what he tells me!” she said about Edward Bear.

Mum put the printouts aside.

“I think it’s just great,” she said. “It’s about the ordinary things. People don't know about this ‘til it happens to them. When people find out you have dementia, they think you're barmy in the crumpet.”

Barmy in the crumpet!

“You mustn't stop doing it,” said Mum when we had both stopped laughing. “You have to keep telling the truth even though you know I’m reading it.”

“The real truth,” said Mum. “About the hard things. About dementia.”