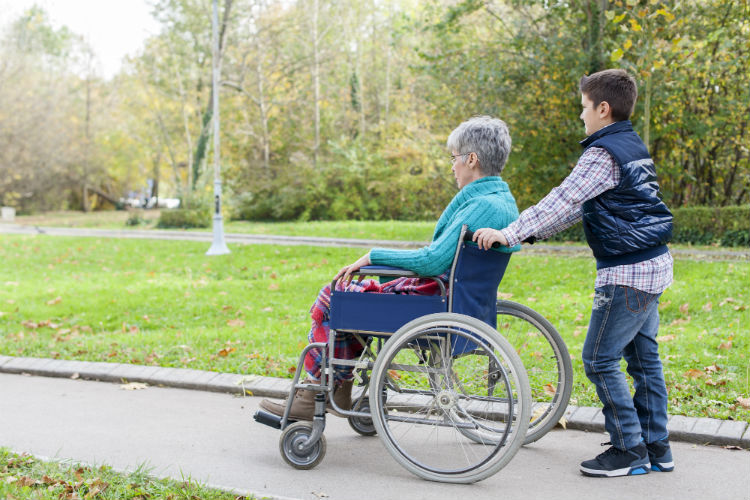 Mum has a fantastic relationship with her teenage grandson, who lives a ten-minute walk from her rest home. Just like with other families, dementia has complicated their relationship a bit, but he manages quite well. Below is his take on dementia—what it is and what works when it comes to interacting with his Nanny.

Dementia Is More than Memory Loss

I remember the last holiday we celebrated at Nanny and Granddad’s house before they moved into rest homes. Nanny wouldn’t get out of bed for Christmas dinner. It wasn’t so much a memory issue as a behavioral change. It was quite disturbing, because she wasn’t usually like that. There’s much more to her condition than just being forgetful, and sometimes we have to take it in stride.

Learn and Adapt As You Go

I’ve learned to avoid asking questions that Nanny won’t know the answer to, and I’ve gotten good at shifting the conversation quickly to distract her from tricky things or topics that upset her. Even if you say something wrong, it’s okay. Just learn from it and try to redirect them to something happier. They will likely forget the incident in a short time.

It really helps if I use Nanny’s own words and phrases to describe things. She recalls the information better that way. For instance, if I say the name of the café we go to all the time, she doesn’t remember it. But if I refer to it as “the one with the steps to the courtyard outside,” she remembers straight away. Try to find small things like this that can simplify and improve communication.

It’s good to make Nanny feel like she’s not forgetting too much and reassure her that it’s okay. When she can’t remember a name, event or detail, I act like anyone could forget such a thing and tell her it’s not a big deal. Sometimes you have to play down pretty major things.

I still like spending time with Nanny. We were very close when I was little. I get lots of hugs from her, and she’s very adoring. It’s absurd, but it’s also kind of nice. Sometimes I even make things up to amuse the both of us, but I don’t think that’s such a bad thing.