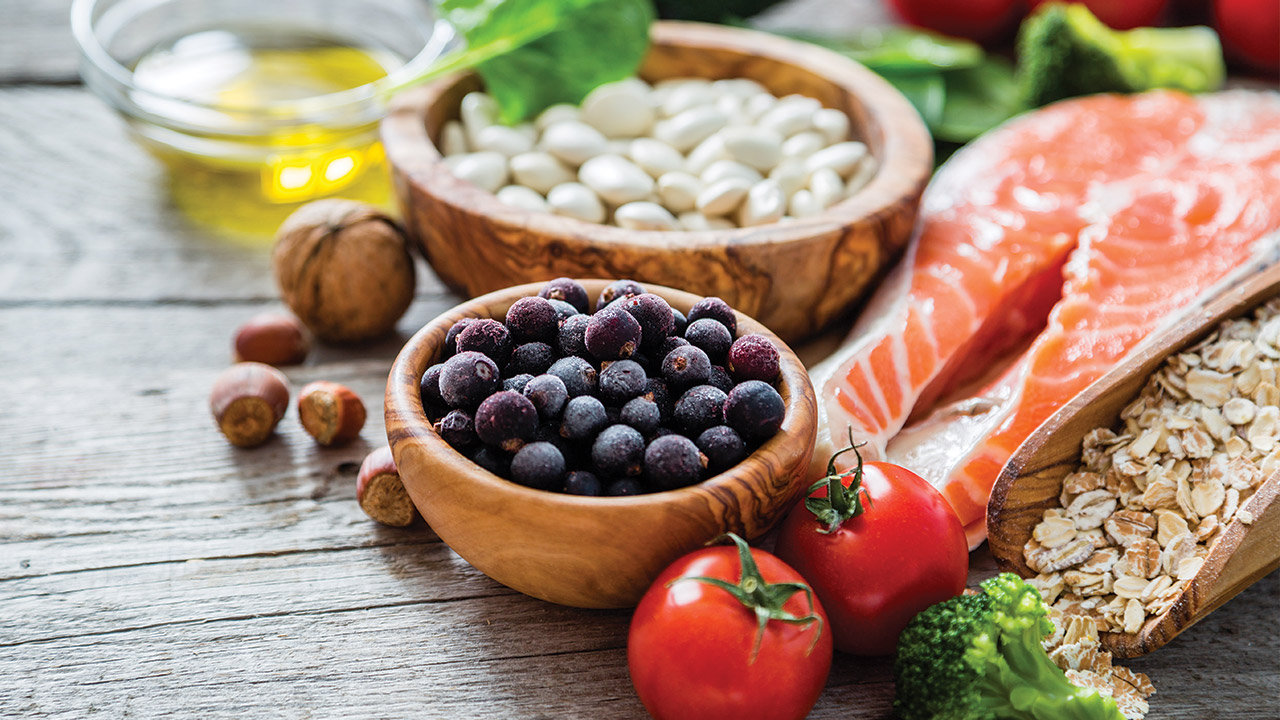 It is common knowledge that antioxidants protect us from dangerous substances called free radicals that can lead to many chronic diseases. Science touts antioxidants and their role in everything from preventing cancer and heart disease to boosting the immune system and slowing the aging process.

AgingCare.com has asked top doctors to give their choices for antioxidant-rich foods and drinks that lead to major health benefits.

Blueberries are at the top of the list for every doctor surveyed. Dr. Richard J. Flanigan, director of the Heart and Health Sciences Center and assistant clinical professor of cardiology at the University of Colorado Health Science Center, explains why: "Blueberries are a great source of antioxidants and dietary fiber. Blueberries contain more antioxidants than any other fruit or vegetable. The powerful compounds in blueberries belong to the flavonoid family. These combat free radical damage linked to heart disease and cancer. Studies show blueberries may boost your brain power also. Blueberries, like cranberries, also fight off urinary tract infections."

Green tea is another antioxidant-rich choice, says Dr. Narinder Duggal, medical director of Liberty Bay Internal Medicine and teacher at the University of Washington, Seattle. "Green tea contains a unique antioxidant called EGCG, which stands for epigallocatchin-gallate. These antioxidants are only found in green tea, which help eradicate free radicals and slow the aging process."

Tomatoes, add to the list. Dr. Kathleen Hall, a stress/work-life balance expert, founder and C.E.O. of The Stress Institute says, "Tomatoes cooked in soups, sauces or ketchups reduce the risk of prostate cancer and other cancers of the digestive tract. Tomatoes contain a powerful antioxidant called lycopene. A Harvard University study found that middle aged women, who consumed high levels of lycopene for an average of 5 years, were 30 percent less likely to develop heart disease than women who got far less of the antioxidant."

Red wine is the only alcoholic beverage that makes the list. "Red wine contains bioflavonoids, phenols, resveratrol, and tannins, which have antioxidant and anticlotting properties; raises HDL cholesterol," says Kate Flanigan-Sawyer, reviewing medical officer for the Occupational Health Division of the Dept. of Health and Human Services, and CEO of Colorado Prevention Consultants, LLC.

Here are some other foods that rank high on the doctors' lists for the elderly.

Strawberries. Strawberries promote heart and circulatory health by reducing artery damaging inflammation according to a study by Gene Spiller, Ph.D. of the Sphera Foundation in Los Altos, CA

Black Tea. Black tea may help protect against various forms of cancer, cardiovascular disease, Alzheimer's, Parkinson's disease, and rheumatoid arthritis, reports Dr. Jack Bukowski and other researchers at the Brigham and Women's Hospital in Boston. They found that drinking 20 oz. of tea every day for two weeks doubled or tripled the immune system's output of an infection fighting substance called interferon gamma.

Cinnamon. Cinnamon taken daily reduced total cholesterol, bad cholesterol and triglycerides anywhere from 13 to 30 percent in study done by Richard Anderson, Ph.D. of the U.S. Department of Agriculture. This is comparable with statin drugs. Cinnamon seems to help the body use insulin more efficiently. Cinnamon also cuts blood sugar levels by 20 to 30 percent.

Beans. Beans are close to the perfect food. They are chock full of protein, vitamins, calcium, fiber, and more. Red beans have more antioxidants per serving than any other fruit or vegetable.

Sauerkraut. Sauerkraut appears to unlock strong anti-carcinogenic elements, according to a study in the Journal of Agricultural and Food Chemistry.

Pomegranates. Pomegranate contains natural occurring antioxidants in the form of polyphenols. The most potent of these are called punicalagins. Studies done at the University of Florida have shown that consumption of pomegranate extract increased blood antioxidant level by 35%. The major health benefit of pomegranate seems to be its role in reduction of heart disease which is the number one killer in the United States. Multiple studies have shown that the tanins in pomegranate is able to decrease LDL (bad cholesterol) and cholesterol plaque build up. One important aspect of pomegranate is that it is better to drink the juice rather than eating the fruit, as most of the strong nature antioxidants found in pomegranate are found in the skin which we don't consume. However, the juicing process guarantees that the antioxidants will be found in the juice.

Soy. Studies from University of Arkansas have shown that the elderly population does not take enough protein. Even by taking the RDA requirement, most elderly people are still in negative nitrogen balance. Proteins come in many different forms. We can obtain protein from animal, dairy, and plant sources. The health benefits of soy have been well documented. Soy isoflavones (mainly genistein and daidzein) have strong antioxidation effects. A meta-analysis in the New England Journal of Medicine showed that soy isoflavones are effective in lowering LDL (the bad cholesterol). Most elderly people also suffer from chronic renal insufficiency. Soy has been shown to be a superior protein as it helps in delaying renal disease progression. Peptides from soy protein also have been shown to have nitric oxide effects which adds to its cardio-protective and antioxidant effects. So the elderly should consume more protein, particularly in the form of soy protein.

Cold-water fish, such as salmon, are rich in antioxidants that are particularly helpful in protecting the body from cardio-vascular diseases, improving cognition and more.

Citrus fruit, such as oranges, have a powerful antioxidant effect. Studies show that plant-based vitamin-C sources have the most effect, especially more than vitamin supplements.