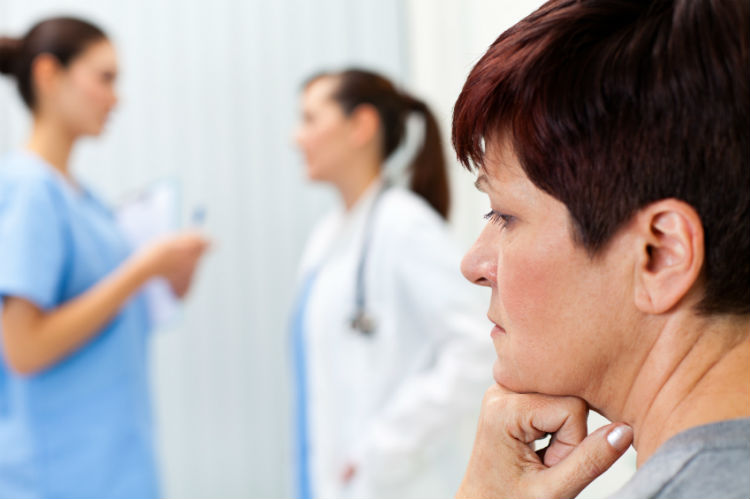 There are several different types of dementia that can affect seniors. Alzheimer’s disease (AD) is the most common and well-known type, and it is characterized by symptoms like memory loss, changes in mood and behavior, and difficulties with speech and problem-solving. While Alzheimer’s typically affects seniors, there is an uncommon form known as early-onset Alzheimer’s that causes the same symptoms but strikes individuals before age 65.

Doctors and medical researchers don’t fully understand why the common form of Alzheimer’s strikes some individuals in their 30s, 40s, 50s and early 60s. However, studies have determined that genetics plays a factor in some cases of early-onset Alzheimer’s disease.

One group of genes, including APOE-e2, APOE-e3 and APOE-e4, increases a person’s risk of developing AD but having any of these genes does not necessarily guarantee dementia. On the other hand, mutations in determinant genes like the amyloid precursor protein (APP), presenilin-1 (PS-1) and presenilin-2 (PS-2) genes are most commonly associated with a rare familial form of early-onset Alzheimer’s disease that only accounts for approximately one percent of total AD cases.

Genetic testing is available to determine if a person carries variations of the APOE gene as well as the rare genes responsible for familial AD. The results of genetic testing can have very serious implications and can be difficult to accept, therefore genetic counseling is strongly encouraged beforehand.

Like later-onset AD, the early-onset type can be difficult to diagnose. This is complicated further by the fact that most physicians and patients do not look for dementia symptoms in younger individuals. For this very reason, early-onset AD is often misdiagnosed. A comprehensive medical evaluation, including mental state testing and possibly neuroimaging, like MRI, CT and PET scans, are typically needed to confirm or rule out AD.

While it can be challenging to receive a diagnosis, it’s important to investigate any unusual changes in memory, mood and/or behavior, regardless of a person’s age. Early diagnosis means beginning proper treatment as soon as possible and allows families to make necessary medical, legal and financial plans before a loved one loses their capacity to participate in decisions. Unfortunately, when AD presents in younger individuals, it often progresses much more quickly than it does in older patients.

Read: Early Diagnosis of Alzheimer’s Is Crucial for Effective Planning and Treatment

There is currently no cure for early-onset or late-onset AD. Certain medications, such as memantine, donepezil, galantamine and rivastigmine, can help patients maintain their faculties longer when started early in the course of the disease. However, the efficacy of these medications tends to lessen as the condition progresses.

Additionally, lifestyle changes may have a positive impact on a person’s overall health, possibly minimizing the severity of symptoms. Options include regular exercise, eating a healthy diet, being consistent with treatments for other chronic conditions like diabetes and heart disease, and engaging in mentally stimulating activities to assist with cognitive function.

The Devastating Effects of Early-Onset AD

A dementia diagnosis is a difficult blow at any age, but when it strikes younger individuals, the implications are somewhat different. Most people in their 30s, 40s and 50s are still working, raising children and saving money for their kids’ educations and their own retirement. When dementia symptoms present this early in life, short- and long-term plans are disrupted and the entire family feels the strain.

A proactive approach to diagnosis, treatment, and legal and financial planning is crucial for ensuring the entire family continues to run as smoothly as possible and is prepared for any uncertainties the future may hold. Counseling for both the patient and their family members is an excellent idea for helping everyone cope with the emotions and fears that an early-onset AD diagnosis brings. Both in-person and online support groups can be a wonderful resource for patients and their families as well.

Early Onset Alzheimer's
Be the first to comment
Related Articles