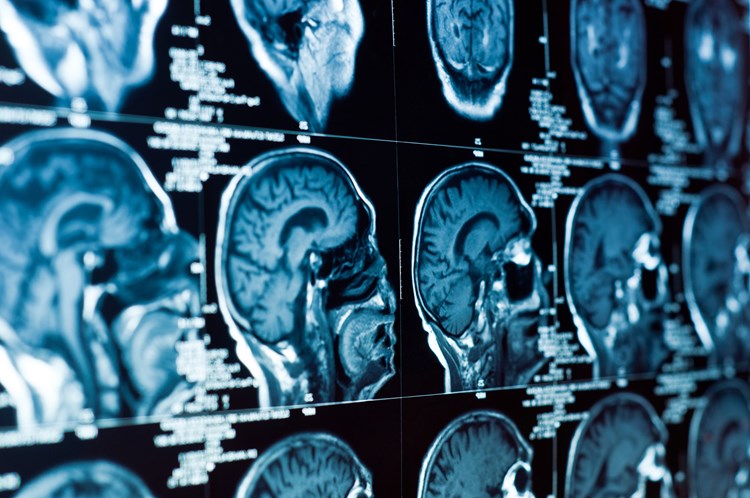 A stroke occurs when the blood supply to part of the brain is suddenly interrupted, or when a blood vessel in the brain bursts.

Common diagnostic tests include blood tests, an electrocardiogram, and a brain scan such as computed tomography or CT, or magnetic resonance imaging or MRI.

One test that helps doctors judge the severity of a stroke is the standardized NIH Stroke Scale, developed by the National Institute of Neurological Disorders and Stroke at the National Institutes of Health, or NIH. Health care professionals use the NIH Stroke Scale to measure a patients neurological deficits by asking the patient to answer questions and to perform several physical and mental tests. Other scales include the Glasgow Coma Scale, the Hunt and Hess Scale, the Modified Rankin Scale, and the Barthel Index.

Health care professionals also use a variety of imaging devices to evaluate stroke patients. The most widely used imaging procedure is the computed tomography or CT scan, also known as a CAT scan. A CT scan creates a series of cross-sectional images of the head and brain.

Because it is readily available at all hours at most major hospitals and produces images quickly, the CT scan is the most commonly used diagnostic technique for acute stroke. A CT scan also has unique diagnostic benefits. It will quickly rule out a hemorrhage, and can occasionally show a tumor that might mimic a stroke.

A CT scan may even show evidence of early infarction -- an area of tissue that is dead or dying due to a loss of blood supply. Infractions generally show up on a CT scan about six to eight hours after the start of stroke symptoms.

If a stroke is caused by hemorrhage, or bleeding into the brain, a CT scan can show evidence of this almost immediately after stroke symptoms appear. Hemorrhage is the primary reason for avoiding certain drug treatments for stroke, such as thrombolytic therapy, the only proven acute stroke therapy for ischemic stroke.

Thrombolytic therapy cannot be used until the doctor can confidently diagnose the patient as suffering from an ischemic stroke because this treatment might increase bleeding and could make a hemorrhagic stroke worse.

Another imaging technique used for stroke patients is the magnetic resonance imaging or MRI scan. MRI uses magnetic fields to detect subtle changes in the content of brain tissue. One effect of stroke is the slowing of water movement, called diffusion, through the damaged brain tissue, and MRI can show this type of damage within the first hour after the stroke symptoms start.

The benefit of MRI over a CT scan is more accurate and earlier diagnosis of infarction, especially for smaller strokes. Also, MRI is more sensitive than CT for detecting other types of brain disease, such as brain tumor, that might mimic stroke. However, MRI cannot be performed in patients with certain types of metallic or electronic implants, such as pacemakers for the heart.

Although increasingly used in the emergency diagnosis of stroke, MRI is not immediately available at all hours in most hospitals, where CT is used for acute stroke diagnosis. Also, MRI takes longer to perform than CT, and may not be performed if it would significantly delay treatment.

With stroke, treatment depends on the stage of the disease.

Medication or drug therapy is the most common treatment for stroke. The most popular kinds of drugs to prevent or treat stroke are antithrombotics -- which include antiplatelet agents and anticoagulants -- and thrombolytics.

In treating a stroke that has just occurred, every minute counts. Ischemic strokes -- the most common kind -- can be treated with thrombolytic drugs. These drugs halt the stroke by dissolving the blood clot that is blocking blood flow to the brain. But a person needs to be at the hospital as soon as possible after stroke symptoms start to be evaluated and receive treatment.

A thrombolytic drug known as t-PA can be effective if a person receives it intravenously within 3 hours after his or her stroke symptoms have started. Since thrombolytic drugs can increase bleeding,t-PA should be used only after the doctor is certain that the patient has suffered an ischemic and not a hemorrhagic stroke.

Antithrombotics prevent the formation of blood clots that can become stuck in an artery of the brain and cause strokes. Antiplatelet drugs prevent clotting by decreasing the activity of platelets, which are blood cells that help blood clot. By reducing the risk of blood clots, these drugs lower the risk of ischemic stroke.

Neuroprotectants are medications that protect the brain from secondary injury caused by stroke. Although the Food and Drug Administration has not approved any neuroprotectants for use in stroke at this time, many are being tested in clinical trials.
There are several different types of neuroprotectants that show promise for future therapy, including glutamate antagonists, antioxidants, apoptosis inhibitors, and many others.

Carotid endarterectomy is a surgical procedure in which a doctor removes fatty deposits, or plaque, from the inside of one of the carotid arteries. The procedure is performed to prevent stroke. The carotid arteries are located in the neck and are the main suppliers of blood to the brain.

The study showed that, in the long run, EC/IC does not seem to benefit these patients. The surgery is still performed occasionally for patients with an aneurysm, which is a weak or thin spot that develops on the wall of an artery or vein. Sometimes, doctors also perform EC/IC bypass on patients with some types of small artery disease or certain blood vessel abnormalities.

One useful surgical procedure for treatment of brain aneurysms that can cause hemorrhage, or bleeding, is a technique called "clipping." Clipping involves clamping off the aneurysm from the blood vessel, which reduces the chance that it will burst and bleed.

The detachable coil technique is a new therapy to treat high-risk intracranial aneurysms, or aneurysms that occur inside the skull. A small platinum coil is inserted through an artery in the thigh and threaded through the arteries to the site of the aneurysm. The coil is then released into the aneurysm, where it triggers an immune response from the body.