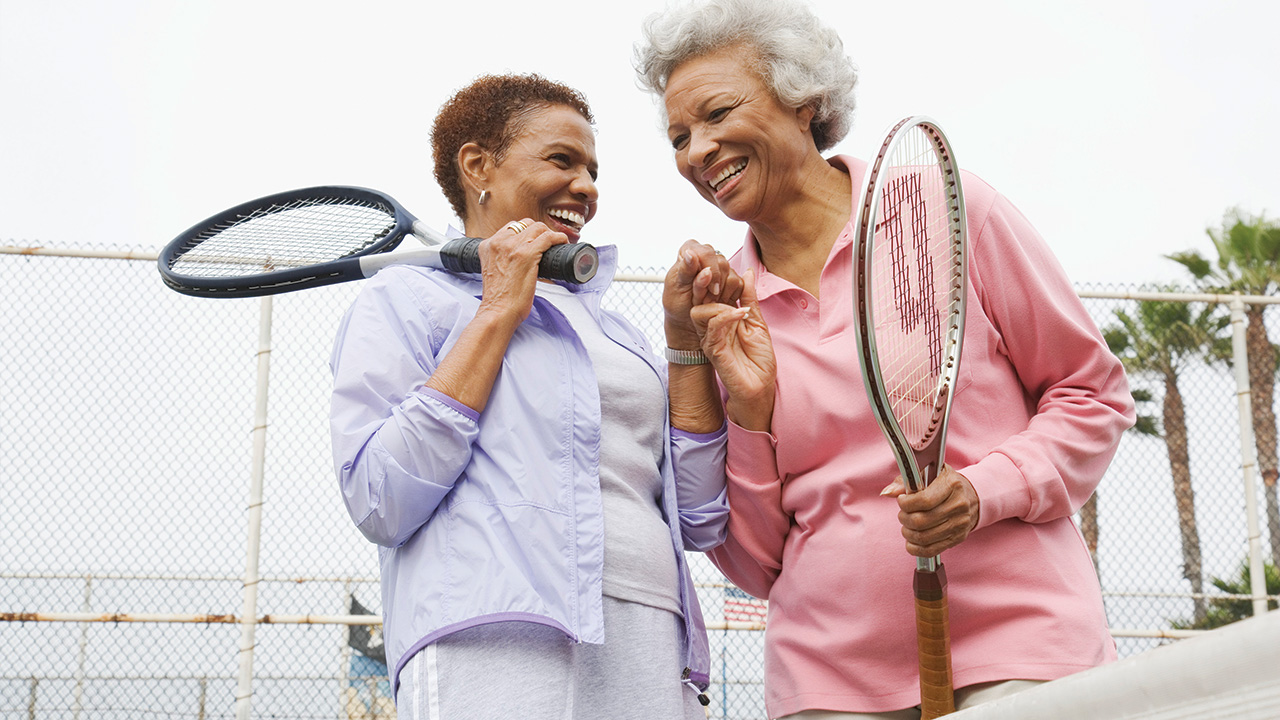 Confidence that is supported by high self-esteem has long been touted as a vital component of living a happy life and having fulfilling interpersonal relationships. Studies of how self-esteem fluctuates over the course of one’s life show that this personality factor begins to decline somewhere between ages 60 and 70. However, additional research suggests that achieving and maintaining a positive sense of self-worth may stave off some of the negative effects of aging.

By asking questions about participants’ self-worth and then factoring in other influential elements (e.g., marital status, socioeconomic status, medication use), Liu and her colleagues found that lower self-esteem contributed to higher cortisol levels in older men and women. Researchers concluded that increasing self-esteem could improve cortisol regulation (and minimize associated adverse health effects) in stressful circumstances.

The purpose of cortisol, a hormone naturally released when an individual is stressed, is to help the body use up stored energy reserves by increasing metabolism of fat, protein and carbohydrates. This process primes the body and mind for survival via the fight or flight response. Cortisol secretion is a normal response to physical and psychological stress, but when too much of the chemical remains in a person’s bloodstream for too long, it can have dangerous health consequences, such as elevated blood sugar levels, decreased immune function and memory issues.

How to Boost Self-Esteem in Elderly Loved Ones

Research indicates that, after a lifetime peak that occurs somewhere around age 60, the average senior experiences a decline in their self-esteem. This can be due to many different factors, but one study published in Developmental Psychology identified health-related limitations and disabilities, a perceived loss of control, and increased loneliness as being associated with lower self-esteem late in life. The unique challenges that elders face, such as adjustment to retirement, decreased productivity, and the deaths of close friends and family members, can severely impact how one feels about the world and their role within it.

Older adults can play an active role in cultivating healthier levels of self-esteem with the following suggestions:

A second study conducted by researchers at the Yale School of Public Health found that encountering positive messages about aging—instead of negative stereotypes about being “over the hill”—can enhance the mental and physical well-being of older individuals, enabling them to maintain their independence for longer.

Reversing ingrained stereotypes about aging can be a tricky endeavor, as lead researcher Becca Levy, Ph.D., professor of public health (social and behavioral sciences) and psychology, and her team found out.

“The challenge we had in this study was to enable the participants to overcome the negative age stereotypes which they acquire from society,” Dr. Levy described in a Yale press release.

Dr. Levy has pioneered the study of age stereotypes and the effects they can have on the health of older individuals. Her research has shown how negative age stereotypes can be damaging to elders’ physical health, so she set out to see if the process worked in reverse. To help older adults overcome negative thought patterns about their age, scientists divided 100 individuals whose average age was 81 years old into different groups. One group was subjected to positive age stereotypes through subliminal messaging. A computer screen would periodically flash positive words like “creative” and “spry” at speeds that were slow enough for participants’ eyes to recognize them, but too fast for their brains to fully process. The hope was that, by altering participants’ perceptions about aging in a subtle (yet positive) way, the older adults would feel better about themselves and be able to more effectively perform everyday activities.

Researchers were not disappointed. People in the subliminal messaging group had strengthened positive self-perceptions of aging, better balance and walking abilities, and an easier time sitting down and standing up from a chair. These physical improvements lasted for three weeks after the final subliminal messaging intervention, and the results surpassed those of a six-month exercise intervention study using a similar group of participants. Meanwhile, the other groups of older adults did not experience any enhanced mobility.

Changing the Way We Think About Aging and Ourselves

Of course, unraveling negative stereotypes about aging or improving an older adult’s self-esteem won’t work miracles for the millions of people who are struggling with serious illnesses, such as cancer, heart disease and dementia. However, both of these studies demonstrate the benefits of embracing the aging process with a positive mindset. The earlier one adopts this outlook, the more one stands to gain.

The best part about these findings is that all of us can help foster an environment of esteem, understanding and kindness towards the elders in our community. Treating aging adults with respect and valuing their contributions to society is something that can provide countless benefits to members of all generations.