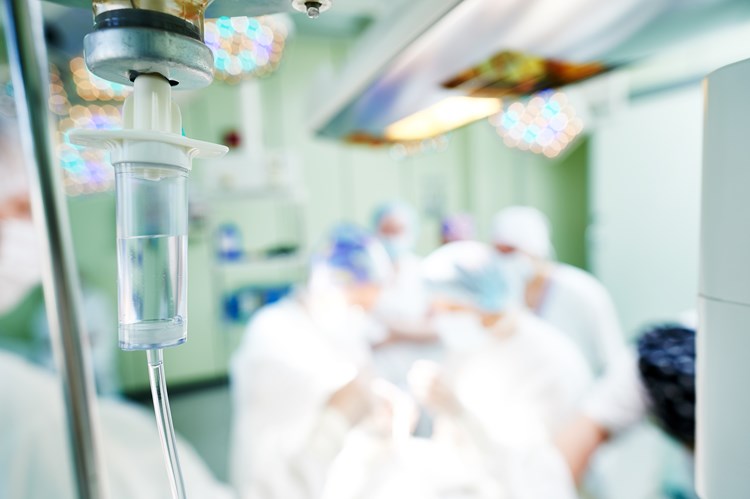 Just last week a reader asked me whether she should try to sway her mother, who had colon cancer, toward surgery. Her mother, 87, was diagnosed with colon cancer and given the choice of surgery and chemotherapy or letting it alone. If she chose not to have surgery, she could still have chemotherapy and radiation, though she was told that treatment wasn't apt to help a great deal. As expected, the daughter was distraught. She was seeking help in determining what her responsibility to her mother is.

The woman mentioned that her mother was mentally sharp, so I told her that, in my opinion, her mother should be given all available information and then left to make her own decision. Barring advanced dementia or other mental issues, I feel elders should have the right to make informed decisions about their own health.

When sharing my personal opinion with this woman, I made it very clear that an informed decision includes information on what anesthetics can do to the aging body. Several studies have been done on the effects of anesthetics on the aging body; however the one I often go back to was done by researcher Roderic Eckenhoff, of the University of Pennsylvania in Philadelphia. Eckenhoff was especially suspicious of one commonly used anesthetic, isoflurane, as a possible culprit in pushing some elders over the edge into dementia.

This is a subject close to my heart, as my dad had surgery to relieve pressure from fluid on the brain due to an old World War II injury. A shunt was put into dad's brain to drain excess fluid. This type of surgery is not uncommon and is generally successful. Dad went into surgery a little fuzzy from the fluid, but still very much himself. A day after the surgery, he fell into a hellish dementia from which he never recovered until death took him a decade later.

I've heard from a number of caregivers who wonder why their parent, who went into the hospital for a fairly simple surgery, came home and never recovered his or her mental capacity. The agonizing question from these people is simply, "What happened? She was mentally clear and this operation could have been avoided."

Should Elders Risk Surgery and Anesthetics: Do They Do More Harm Than Good?

Eckenhoff is clear that his study is not definitive. However, after reading his study and looking further into my dad's situation, I am convinced that the anesthetic, and/or the oxygen needed to bring him out of the anesthetic (also controversial), was the reason for my dad's "poor outcome."

It will likely be years before there has been enough research to prove whether or not anesthetics actually do push some elders over the edge into dementia, but most doctors will tell people that their age increases the risk for death during or shortly after the surgery. So, either way, making the decision to operate on a person who is reaching the end of her eighth decade is tough.

Having seen what my dad went through, if the decision were mine to make – about my own body – I believe I would, if I were in my eighties, choose to not have surgery. Of course, one never knows until it happens. I am not implying that this decision is right for everyone, as there are many elders who have surgery and do not die from it, nor do they develop dementia. Everyone must make the decision based on their own research, personal philosophy and family history. However, all risks involving whether or not to have surgery should be discussed with one or more doctors. There may be a very good reason to move ahead with surgery, once all options are examined.

This is an example of another reason to make sure we all have health directives. If an elderly person, who is capable of making decisions, must decide if they want to have an operation involving significant risk, or not have the surgery, knowing they could eventually die from the disease, the person should be given information about the benefits and risks of either decision. Even armed with all the information, it's a tough call, but the person can then decide for him or herself, just what option they will follow. However, if you are the caregiver and you must make that decision for another, it is far harder. Knowing the wishes of your loved ones ahead of time – before the need arises – can help caregivers to make this gruesome decision, while also giving peace of mind that they are honoring their parent's wishes.

In this case, the mother could live for a significant amount of time even if she refuses surgery. Since her cancer is considered terminal if she does not have surgery, I suggested that, if no surgery is her mother's choice, they contact a local hospice and make sure hospice is part of the health care team. With good hospice care, the mother could have the maximum pain relief while she lives out the rest of her life.