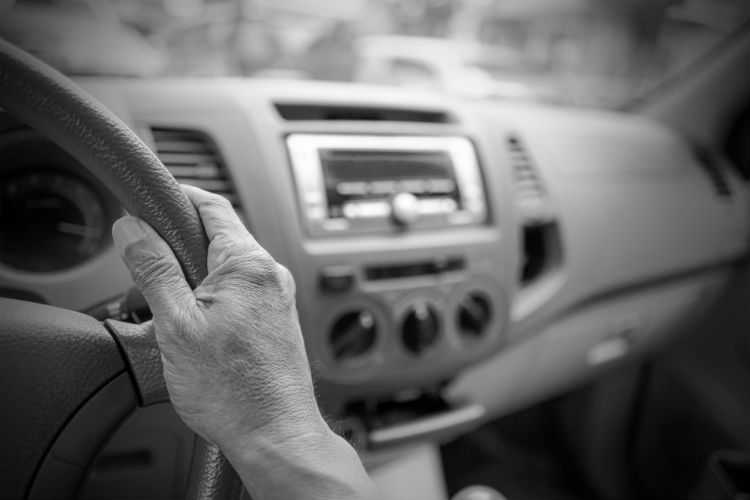 Alzheimer’s disease and other types of dementia often present slowly over time in seniors. This can make it very difficult for even close family members and friends to notice that something is amiss in the early stages. Unfortunately, the insidious nature of these progressive conditions often leaves seniors extremely vulnerable during the time between the onset of symptoms and official diagnosis.

In addition to causing changes in one’s ability to perform daily activities like cooking, paying bills, bathing and managing medications, dementia can also seriously affect a senior’s ability to drive. Not only does their unsafe driving endanger their own health, but it also poses a hazard to the surrounding community.

When Should Someone With Dementia Stop Driving?

Driving is one of the most difficult issues that family caregivers face with their aging loved ones, and Alzheimer’s disease and related dementias complicate this matter even further. When Mom or Dad isn’t aware of their cognitive impairment (a condition called anosognosia) and has trouble following the logic of your argument against them getting on the road, conversations about taking away the keys often turn into a repetitive exercise in futility.

It can be very tricky for a family caregiver to determine when exactly to step in. Different types of dementia can cause a whole host of symptoms that worsen at variable speeds. Furthermore, dementia presents differently in each person and symptoms can fluctuate in severity from day to day. The unpredictable nature of this condition necessitates strong, proactive measures to help ensure a senior’s safety and preserve their remaining functionality. This holds especially true for issues like driving that also affect public safety. The minute you suspect that something is off, you must act.

Read: 20 Warning Signs That an Elder is an Unsafe Driver

Wandering, Dementia and Driving Are a Dangerous Mix

Wandering or “elopement” is a common behavior that can begin at any stage of Alzheimer’s disease. It often occurs when a senior leaves a safe place, such as their home, to go somewhere or do something and then becomes disoriented and lost. According to the Alzheimer’s Association, six in 10 people with dementia will wander at some point during the progression of the disease. Anyone with the ability to walk can wander, but access to an automobile can significantly increase how far a senior can travel from home and the level of danger they may encounter while wandering.

Wandering has become such a problem that Florida developed a state-wide public warning system in 2008 to help locate and recover missing seniors with dementia called the “Silver Alert Plan.” As of September 2020, a total of 2,420 Silver Alerts have been issued in Florida for missing seniors with cognitive impairment. Researchers from the University of South Florida College of Nursing examined these alerts and uncovered the following important patterns:

Study authors stress the crucial differences between an elder wandering away on foot and going missing while driving. Wandering is typically a repetitive dementia-related behavior, but it’s harder to predict if/when a cognitively impaired senior will get lost while driving. Lapses in memory and judgment can occur during routine activities, such as going to the grocery store. Even if they’ve successfully driven a short route hundreds or thousands of times before, there is still a possibility that an elder may get lost while driving only a couple miles down the road.

A senior with mild cognitive impairment can still be very dangerous behind the wheel. Research has shown that people in the early stages of dementia commit twice as many serious driving errors as healthy participants in a control group, including difficulties in lane positioning and usage, stopping the vehicle appropriately, paying attention, decision‐making, and following rules of the road. There are numerous documented cases of horrible accidents that have occurred due to seniors with dementia driving when they shouldn’t have been.

How to Stop a Person With Dementia from Driving

Car keys are a symbol of independence for American adults, which usually makes taking them away a daunting task for family caregivers. As our loved ones age, we must be hypervigilant about looking for signs that their mental and physical abilities are changing. This is an extremely delicate subject for most seniors, but under no circumstances should you allow someone to drive if there is any sign of impairment.

Many AgingCare members post in the Caregiver Forum asking for advice on how to stop a person with dementia from driving. Ultimately, preventing a loved one from getting behind the wheel may require taking away their car keys, revoking their driver’s license and/or automobile insurance, and possibly even disabling or removing their car.

The extent to which you must go to keep a senior from driving depends entirely on their stubbornness, lucidity and desire to get behind the wheel. Which, again, may be deceiving as these things fluctuate. The extent to which you can legally go to keep them safe also varies. For example, you cannot legally sell a loved one’s car unless you have a valid power of attorney for finances that permits you to handle such affairs.

Having the conversation about “driving retirement” is intimidating, but you must do it in a kind way that expresses your safety concerns. If presented correctly and early enough, you might find your loved one is relieved that they no longer have to navigate the roads alone. In some cases, their physician can be a valuable ally on the matter as well.

Hiding the car keys often requires some creativity and extra security measures, especially if others in the household still plan to use the vehicle. When it comes to a senior losing their driver’s license, contact the local Department of Motor Vehicles (DMV) for advice. They are usually very cooperative, because they don’t want anyone who is impaired on the road. However, your loved one may have to retake a driving and/or written test, or someone may have to file a formal complaint regarding their reckless driving before the DMV will act.

Read: Taking the Car Keys: What to Do If an Elderly Loved One Won’t Stop Driving

The early stage is one of the scariest times for seniors living with dementia. They often know that something is wrong, but they’re unsure what it is and afraid to talk about it. Be understanding and kind, but prohibit driving for those with any signs of cognitive impairment. It’s simply too dangerous and the risks are too great.