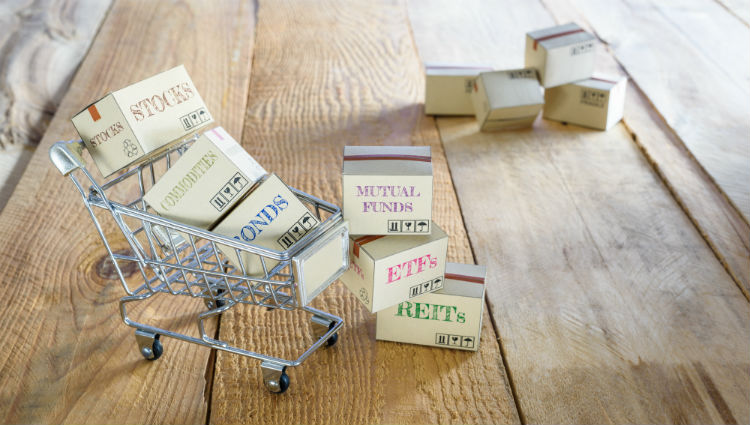 The pain has been especially severe in recent years for older people who have traditionally turned to fixed-income investments ranging from bank certificates of deposit to U.S. Treasury bills to fund their retirements.

That’s because these safe investments now produce so little income that retirees can’t rely on them alone as a source of income. After taxes, the income doesn’t even keep up with inflation.

“Back in the 70s, 80s and 90s, they could generate income that exceeded their spending,” says Colleen Jaconetti, senior investment strategist with Vanguard Group, the mutual fund giant. “Many retirees could easily live off their retirement income.”

But no longer. Even if they’re prudently spending only 3% to 4% of their assets each year, a 2% fixed-income yield won’t cover retirees’ conservative spending plans.

Naturally, older investors are often reluctant to dip into their principal for spending. But as a result, they’re tempted to stretch for yield by investing in corporate bonds, dividend-paying stocks and real estate investment trusts which involve considerably more risk.

U.S. Treasury bills (T-bills) are super safe because they’re backed by the U.S. government. However, in exchange for increased safety, the income these bills bring is paltry because the Federal Reserve has kept interest rates extremely low to boost the economy.

Bank savings backed by federal deposit insurance up to $250,000 per depositor have similarly meager yields. According to Bloomberg, the average one-year CD rate nationally is 0.55% and the average money market deposit account with a minimum of $10,000 pays just 0.26%.

But investors who stray beyond the safe shores of government bonds and bank savings accounts face greater risks. If you’re a caregiver helping an older loved one manage their finances, or you are navigating retirement issues yourself, it’s a good idea to consider the risks of reaching for higher yields.

What Could Go Wrong?

Sticking to super-safe CDs and Treasuries doesn’t mean you can’t squeeze out a little more income and set yourself up for the likelihood that interest rates will rise again. Using a bond-ladder strategy can help you achieve both of these goals. If you’re in an upper tax bracket and live in a high-tax state, consider laddering top-rated municipal bonds.

A bond ladder is a portfolio of individual bonds that mature at different dates. Picture a ladder with each rung representing a different maturity date. For example, if you have $100,000 to invest from the sale of your home or another asset, you might split your money among five Treasury bonds that mature in each of the next five years. In a normal economic environment, bonds with longer-dated maturities pay higher interest so you’ll benefit from the additional income those provide by holding them to maturity.

A recent hypothetical analysis shows $100,000 split equally in a five-year bond ladder of U.S. Treasuries yields interest income of $1,150 the first year. Although that’s meager by historical standards, it compares with $580 if you invest the whole sum in a one-year Treasury bill. Assuming rates remain the same, rolling over a three-month Treasury bill for one year will net you about $270.

Each time a bond in your portfolio matures, you can either reinvest the money into another higher-yielding five-year bond to keep the ladder going or use the money for another purpose. “You can match expenses to principal while receiving income,” says Will Rockett, vice president of fixed income sales and service at discount broker Charles Schwab, whose specialists help investors build bond ladders.

Still, no one can accurately forecast whether or by how much interest rates will rise. “Remember that interest rates won’t necessarily spike back up to where they were,” Rockett counsels.

Another way to squeeze more income out of your investments is to trim management expenses. If you own mutual funds, for example, review how much you pay in annual expenses because these costs can quickly add up.

Consider a low-cost stock mutual fund that charges 0.2% annual expense ratio and another that charges investors 1% annually. The difference doesn’t seem meaningful at first glance, but it is when you do the math.

Over a 10-year period and assuming historical stock returns of 11% annually and no other sales charges, the expenses and foregone earnings on those expenses total $5,628 for the low-cost fund and $27,150 for the high-cost fund. That’s a difference of $21,522, enough money to buy a new car, pay for long-term care services or help fund a grandchild’s college education.

You can analyze your mutual-fund costs and low-expense alternatives by using the Securities and Exchange Commission’s online mutual-fund expense calculator.

Instead of seeking riskier investments in an effort to generate more income, some planners say it’s safer to take capital gains by selling some stocks and other assets to supplement investment income, pensions and Social Security. “If you make meaningful changes in your portfolio for income purposes, you could put more of your overall portfolio at higher risk,” warns Jaconetti.

Many financial planners suggest that retirees build a well-diversified portfolio of stocks and bonds suitable for their risk tolerance and then spend 3% to 5% of the total portfolio annually, even if that means selling some of holdings to make up any income shortfall.

Using computer and historical models that account for various financial-market scenarios, financial planners can figure the likelihood that you will outspend your assets given your spending rate in best- and worst-case scenarios. They can also take into account inflation and market volatility to help you adjust appropriate spending rates in subsequent years.

This isn’t a do-it-yourself strategy for most people, so consider speaking with a professional financial planner. Independent planners, brokerages and mutual fund companies can model this scenario for you using planning software and suggest a safe spending strategy by being judicious about tax implications.