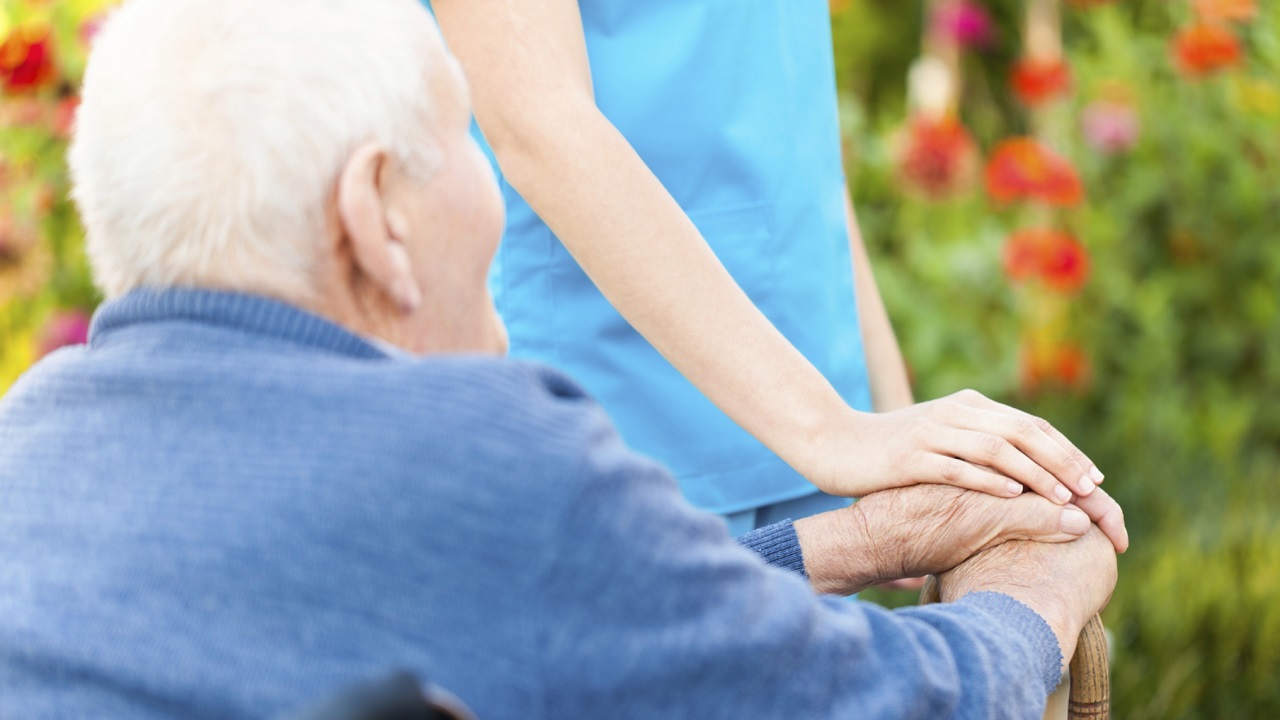 Gail has always liked knowing her options right off the bat.

“I want to make a decision before it has to be made, if I can,” she asserts. “Unfortunately, you can’t anticipate everything that happens. I certainly never anticipated any of this.”

Her financial advisor had introduced her to a geriatric care manager (also known as an Aging Life Care Professional), who assured her she didn’t have to handle Jim’s care on her own. That was when she contacted a local Comfort Keepers franchise and began the process of hiring in-home care services.

Caring for a Spouse is Often a Long-Term Commitment

Gail’s experience as a spousal caregiver began decades ago. After only one year of marriage, Jim developed Hodgkin’s lymphoma for the first time in 1986.

“That was my first real experience taking care of him,” Gail recalls. “The medication was as debilitating as the disease back then, so that took a year out of our lives.”

Jim recovered and was generally healthy for some time, but Gail began noticing changes in his memory, judgement and behavior in 2000. He was diagnosed with mild cognitive impairment (MCI) and underwent annual testing to closely monitor the progression.

In 2006, Gail suffered a retinal tear, which caused temporary blindness in one eye. This medical setback of her own, coupled with Jim’s increasingly unusual behavior, was a stark warning that their current care plan was in desperate need of improvement. Later that year, they moved into an independent living apartment at a local continuing care retirement community (CCRC).

The timing of this wake-up call couldn’t have been better. Although Jim’s mental condition had remained steady at first, treatment for a recurrence of Hodgkin’s lymphoma, a difficult open-heart surgery and repeated mini strokes caused him to decline rapidly. He was diagnosed with vascular dementia and still Gail remained his sole caregiver.

“I know Jim’s children would help me, but I don’t want them to feel obligated to do so. They’re not located near us, and they all have busy lives and children of their own,” she says.

Her experience is harrowing, but it isn’t all that uncommon. A joint report published by AARP and the National Alliance for Caregiving found that most spousal caregivers (59 percent) find themselves in high-intensity care situations. Like Gail, 80 percent report being the sole source of informal assistance and support for their significant others, while 66 percent report being totally alone in their caregiving efforts.

Gail had planned to continue caring for her husband single-handedly, but the physical and mental strain of this role eventually overwhelms many family caregivers. In 2014, she hit a wall. Jim was now considered severely impaired and his wife was experiencing symptoms of caregiver burnout and struggling to manage her blood pressure.

“I was going crazy,” she recalls. “Lack of sleep played a role. It’s just hard to turn your brain off. I think it’s probably like having a small child, because you’re always tuned in.”

Although personality and behavioral issues can be common symptoms of Alzheimer’s disease and other forms of dementia, Jim still tries to dote on his wife like he always has. Whether it’s dusting, cooking or taking out the garbage, he frequently asks how he can help. Paired with a dementia patient’s tendency to forget things and Jim’s need for careful supervision, his repeated questions are often more of a nuisance to Gail than a source of comfort. She isn’t alone in her exasperation, either. Dementia of any type poses serious challenges to caregivers and family members as they adjust to their loved ones’ dramatic transformations.

“I think that’s part of the frustration, because you’re used to them functioning at such a high level,” Gail reflects. “And then—poof. Now I’m helping him dress and brush his teeth. It’s hard to watch.”

In addition to the emotional toll of witnessing Jim become more and more dependent, Gail was physically exhausted. She struggled to balance his desire to always be on-the-go and her need to get things done and feel settled at home. Self-care had become an afterthought and she had no time visit with friends or simply relax. At the suggestion of her geriatric care manager, Gail finally decided it was time to make a change.

The CCRC where Gail and Jim live offers various levels of care, including assisted living, skilled nursing and memory care. However, Gail opted for in-home care instead. This addition to their care plan allowed Jim to remain in the comfort of their home together and provided his wife with the support she needed. Home-based care is a great fit for many families since older adults—especially those living with cognitive impairment—tend to thrive on familiarity and a set routine.

The transition to accepting outside help was a gradual one. After their initial consultation with Comfort Keepers, the first services the couple utilized were transportation and companionship. A few scary incidents had prompted Jim to begrudgingly give up driving, which hindered his ability to contribute to the household and enjoy himself outside the home. Grocery shopping had been his responsibility for years, and running errands, going out for lunch and bargain-hunting were his favorite pastimes.

As it turned out, losing the ability to drive was actually a blessing in disguise. Transportation services through the home care company enabled Jim to preserve his independence and routines, get out, and socialize with others. This approach also allowed Jim to become acquainted with his new caregivers on a casual basis initially, which made adding more personal services like help with activities of daily living (ADLs) much easier. Not to mention, it enabled Gail to normalize her everyday routine and enjoy some badly needed respite.

The initial care plan that Gail devised with the client care coordinator at Comfort Keepers gradually evolved as Jim’s needs grew, and he now receives care on weekdays and occasionally on weekends. A typical day for Jim and one of his three regular caregivers consists of going out to lunch together and running an errand—usually grocery shopping. Meanwhile, Gail is able to meet with friends, go to appointments, attend support group meetings and enjoy her hobbies.

Each family caregiver spends their valuable free time differently, and it often changes depending on how they’re feeling. Gail admits that she sometimes curls up in bed and pulls the covers over her head while Jim is out for the day. Having the flexibility to catch an extra hour of sleep or just go for a walk is a blessing for many caregivers. In addition to the freedom that in-home care has given her, Gail says the high quality of care Jim receives has helped her feel more comfortable with taking the time to focus on her own needs.

“They’re very flexible and very concerned about me—what’s going to work for me,” Gail says of the care team and their priorities. “We talk a lot and it’s just like having another member of the family. I don’t worry about Jim when they’re with him.”

The couple’s home care experience has been so positive that Gail has arranged for one of Jim’s professional caregivers to accompany them on a trip to see family in another state. Gail and her husband have always been passionate about traveling, but doing so has become increasingly difficult over the years. It is their hope that this extra help will allow them to spend more time visiting with loved ones who do not live nearby.

Gail and Jim have devised a routine that works very well for them, and in-home care has been pivotal in restoring balance in their lives. Even though she isn’t the one directly receiving these services, Gail is benefiting from them as much as Jim is, if not more.

Editor’s note: Jim passed away in 2016 after suffering a hemorrhagic stroke. He was 85 years old.