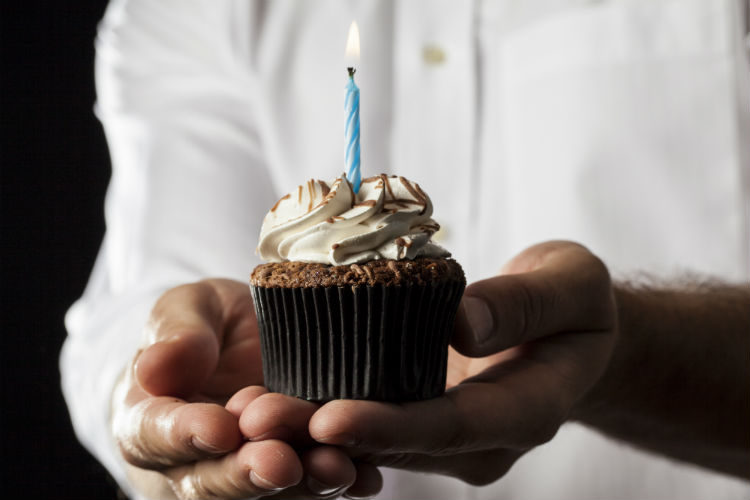 Charlie turns 80 years old this week. Suddenly I am thinking, "I am married to an old man." I hadn't really thought about the fact that, since I will be 78 in two months, I am (almost) an old lady.

We met 14 years ago and we both felt like a couple of kids.

We played golf carrying our golf clubs, canoed down the Allegheny River (now that's a story), hiked Charlie's walking trails at his 200-acre hideaway and considered ourselves to be pretty fit.

Charlie has always had some mobility problems due to a fighter jet crash in 1963 that left him with spinal injuries. After he recovered, he continued his Air Force career until retirement, and then went to work for the U.S. Customs Service at the Peace Bridge in Niagara Falls—a job that had him on his feet most of the time.

He skied (he said it was easier than walking), hunted for nearly every type of game animal, fished for trout and rode snowmobiles. He was a real outdoorsman.

Today, he isn't the same person I met in 1998. Several mild strokes and worsening spinal problems have brought him close to total immobility. He finally agreed to start using a cane. We have a walker, which he refuses to use, saying he's waiting until he gets old to use it. We also have a wheelchair that the VA provided him several years ago because they could see what was in store. I think I have had him in that wheelchair only three or four times.

He is stubborn and independent to a fault. I constantly worry that he will fall and break a hip, and that will probably be something from which he will never recover.

While I admire his independence, it makes my life more difficult. Things that he could do himself with the help of a walker are things that I end up doing for him. We avoid all social activities because it is "too far for Charlie to walk." He used to go to the grocery store with me, but he now sits in the car and watches the people go by in the parking lot.

Of course, this lack of exercise is only compounding his physical problems, but his mind is now impaired to the point that he just doesn't comprehend what he is doing to himself. We have a strength training class that is offered twice a week in our senior living community. I participate regularly, but most days I can't get Charlie out of bed to join the group. They have chair exercises for those with mobility problems, so that is no excuse.

He looks over every travel and cruise brochure that comes in the mail and tells me to check out those that interest him. He doesn't understand that his physical problems are so severe that joining one of these groups is almost impossible. The last time we took a cruise (Seine River – Paris to Normandy in 2011), we were always the last ones on the tour buses. We would climb aboard while everyone was already seated, waiting for Charlie to get there. By the time he was seated, he was exhausted and unable to get off the bus to enjoy the sights at the destination. But, of course his Swiss cheese brain has forgotten that.

Yes, I am married to an old man. I just pray that my body and brain hold together long enough to see this to the finish line.