Conventional wisdom among elderly retirees and near-retirees generally imposes certain principles; in fact, axioms of blindly accepted truths upon which their financial lifecycle should follow. Logically speaking, the working years are a time when a person should squirrel enough financial assets away, while simultaneously growing those assets to eventually provide the necessary income stream during retirement. This is often referred to as the accumulation phase.

Upon retirement, many elderly parents believe that the time to accumulate and continue to grow a hard-earned nest egg has now been completed. In fact, being able to further grow wealth after retirement is often thought to be impossible. At this juncture, conventional senior wisdom asserts that the focus must instead be exclusively on beginning to find a way to create a paycheck that will sustain them through a lengthy retirement. This is known as the distribution phase. In short, the general belief continues, there should be a clean cut between these two phases: your elderly parent's working years and the growth of their assets should end, while their retirement years and the distribution of those assets begins. There is no middle ground, right?

While the above scenario sounds reasonable, if not typical, it is one that could be a recipe for disaster. In fact, despite the above commonly held beliefs, retirement is not a time to forget what afforded your aging parents the ability to retire in the first place—wealth generation! Sure, their 50s and 60s are a time to begin contemplating, if not enjoying retirement, living off the hard-earned fruits of their labor and pursuing goals they may have set aside in the past. But it is not a time where it's permissible to assume that their level of wealth will immediately and irrevocably begin its steep decline or move forever sideways. Doing so could permanently alter well-intentioned plans.

With proper planning, not only can you help your senior parents leave a legacy that will last generations, help provide for your children's college education, or establish a program for charitable giving, to name a few of the common goals of elderly retirees and near-retirees, but you can also help your elderly mom or dad continue growing and creating wealth well throughout their retirement—if you follow these three principles.

Principles for a Successful Retirement

Principle #1: Focus on avoiding financial mistakes rather than financial "success"

A number of years ago my friend's father retired after a long tenure with a major phone company. Knowing that I was in a position to help his father navigate through a successful retirement, he proceeded to tell me that his father had moved their entire portfolio into bonds because, in his father's words, "They were safe." The truth is, my friend's father was scared of other investments and the markets, but for all the wrong reasons. Your elderly parent's biggest fear during retirement is not that there will be fluctuations in their investments—and all investments fluctuate in value, even bonds—but the chance that your senior mom or dad might actually live to see a zero dollar account balance in his or her portfolio. Planning your aging parent's retirement involves making sure they don't run out of money before they run out of life.

Indeed, understanding that short-term, conservative thinking is the enemy to long-term retirement success is crucial. This is a key point to not only preserving your aging mom or dad's wealth, but also for growing it. Contrary to common belief, it is exceedingly easier to grow your elderly parent's wealth during retirement than it is to preserve it. In fact, growing wealth during retirement, when done in a concerted, strategically oriented manner, is not only achievable, but an essential obligation on your part.

A "play it safe" mentality, however, is one of the biggest financial impediments to your senior parent's portfolio's chances for growth, and one that will certainly be a challenge during their retirement years. While I am certainly not suggesting you take an inappropriate or inordinate amount of risk on your elderly mom or dad's behalf, the benefits you forego by becoming overly conservative is akin to financial suicide, exactly what you are attempting to avoid. In fact, according to a study by T. Rowe Price & Associates, a Baltimore-based investment firm, over a 30-year retirement, a mere 20% from stocks to bonds could result in a 93% chance of your senior mom or dad's portfolio failing to have any money remaining while they're still alive. Think about this for a second. What happens if, as many of the studies indicate, your aging parents outlive their money because of an overly conservative investment approach? Isn't a conservative investment strategy supposed to protect them? Instead, a conservative and relatively small 20% shift in one direction or the other could determine whether or not your elderly parents are dining on seafood or cat food during retirement.

Alternatively, the same study indicates that had you simply left their investment portfolio in a less conservative allocation, you and they would have had a 38% chance of success of still having one dollar remaining at their life expectancy. While not an ideal scenario of success, I'm sure you would agree that it's better than a mere 7% chance of sustaining a viable portfolio. The less conservative portfolio, when properly structured, leaves you and your senior parents with a greater than 500% chance of having one dollar remaining at their life expectancy.

Becoming overly conservative is not only a poor choice, but one nobody can afford to make. Moreover, by doing the exact opposite you provide your elderly parents with the opportunity to both grow their portfolio and increase their odds for a successful outcome, a much more noble goal.

Principle #2: Adopt a bullish outlook and a large dose of discipline

A common misconception during retirement is that, as your elderly parents withdraw their money, their overall wealth must decline as well. This is false. While the strategies and techniques go beyond the scope of this article, the key element to succeeding in this regard is to accept the fact that the stock market and its abundant potential is your ally, provided it is mixed with a healthy dose of discipline. Consider the table below:

As shown in the table, over a 30-year retirement, the maximum percentage your elderly mom or dad can withdraw from a $1 million portfolio and still have at least an 80% chance that they will have any money remaining at their death is a paltry four percent. Further, as your senior parents withdrawal rate increases ever-so-slightly above four percent so, too, does the chance of them outliving their money. Remember my friend's father who, upon retirement, moved all of his money into bonds because they were "safe?" Suppose for a moment that upon retirement he instead chose to allocate 20% to stocks while withdrawing at the slightly increased rate of six percent rate over the next 30 years. His likelihood of failure—running out of money before he ran out of life—combined with a less than bullish outlook, and just a two percent increase in his withdrawal rate, results in a staggering 90% (ten percent success rate) failure rate! What's "safe" about that?

An allocation to stocks and other growth vehicles is a critical component to your aging parent's portfolio's ability to sustain itself. Moreover, it requires a bullish, even optimistic, outlook. Blindly believing that your elderly mom or dad's portfolio will permanently and irreversibly decline in value while they withdraw from it is a legendary fable. Worse, however, is a disregard for a disciplined withdrawal strategy. A seemingly trivial one to two percent difference in that withdrawal rate due to a lack of discipline, is a steep price to pay for what could likely result in a bankrupt investment portfolio. Of course, all of this is predicated on the assumption that your aging parents will live a normal life expectancy. Should they die prematurely or need much less than what a four percent rate of withdrawal will sustain, their situation could vary significantly.

The time-tested truth to believing, and better yet, accepting that growth and the stock markets, combined with a healthy dose of discipline are your allies over time, not your enemies, is a fundamental key to growing your elderly parents' wealth.

Unfortunately, there's no such thing as "auto pilot" when it comes to a retirement plan. Goals and objectives change; people pass away; healthcare eventually becomes necessary; and life has a way of throwing us curveballs that cause us to sit up, take notice, and act accordingly. Growing your elderly parent's portfolio during their retirement requires that their portfolio be regularly reviewed to ensure that it remains on track for success. Some tips for ensuring your elderly mom or dad's plan remains on track and keeps heading in the right direction include:

Promptly and proactively take action if your senior mom or dad's circumstances have changed. Have their income needs changed or have they incurred any major, unexpected cash outlays? Have they received any unexpected cash inflows such as an inheritance or have they recently applied for, or received, Social Security? Has your aging parent's health changed, causing you to divert other money you had previously earmarked for other goals? Have your elderly parent's charitable intentions changed and, if so, do you know their options and the gifting strategies available to them? Know your parent's finances.

There are many ways to ensure your elderly parents continue along their journey of creating wealth both during their working years and while retired. The above are only three of those principles, which will prepare you both now and in the future while keeping your aging mom or dad headed in the right direction. However, doing so requires that you and your senior parents disregard and re-learn much of what you've heard and been taught because, in the end, growing and sustaining wealth while both employed and during retirement, is both necessary and critical to their retirement's chance for success. 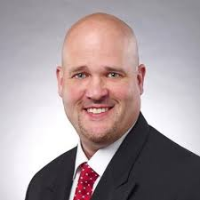