The treatment of people with dementia has changed dramatically since I first became personally involved with the disease. It's now widely recognized that while cognitive abilities change with dementia, there is still an individual residing in this damaged body.

Those in the arts, especially, have seen that concentrating on what people can do, rather than what they can't do, is vital for quality of life. As this attitude spreads, we're seeing that people with dementia often show talents that we never knew existed.

A devastating introduction to dementia

My dad's brain was irreparably damaged by a failed brain surgery that sent him into instant dementia. At the time, reorientation was the accepted way to help people with Alzheimer's and other types of dementia.

Reorientation is a method of forcing the person to come back into the "real" world. Because I was a newcomer in dementia care, I didn't know about the so-called "correct" method of reorientation. I did what came naturally for me and joined Dad in his altered world. That world included music and other creative aspects of life, as well as validating real and perceived experiences in the educational and scientific areas that interested him.

Fortunately, the practice of reorientation has died out and validation therapy has become recognized as the most humane and productive way to manage dementia.

Validation therapy often includes encouraging artistic adventures. Slowly, what art and music therapists have known all along is being recognized: people with Alzheimer's and other dementias still have talents. They still have dreams. Frequently, these latent talents come to the surface after other areas of their brains have become too diseased to function correctly.

Organizations and foundations now focusing on the arts as therapy

Art, music and theater help promote human dignity and improve quality of life. Having witnessed the success of small programs using this type of therapy, dedicated people have set up organizations and foundations to promote this approach to Alzheimer's care more widely.

Lester E. Potts, Jr., a rural Alabama saw miller, became an acclaimed watercolor artist after his diagnosis of Alzheimer's disease, despite the fact that he had never previously shown any artistic talent. As he participated in the expressive arts programs at Caring Days, a dementia daycare center in Tuscaloosa, Alabama, Lester's cognition, mood, and behavior improved.

Lester's son, neurologist Daniel C. Potts, has since created Cognitive Dynamics, a foundation aimed at furthering the idea of the arts as therapy for those with dementia.

The National Center for Creative Aging (NCCA) is another organization that promotes the arts to help older people age better, and help people with dementia lead quality lives.

New talents and interests surface as the brain changes

While my dad had tried to play drums during one period of his life, he never showed a huge interest in music as he grew older. Yet after his brain surgery, music became one major focus of his life. I didn't need to see the results of studies to tell me that music liberated a part of Dad's brain, but I do enjoy reading about research that is now backing up this theory.

Some studies have shown that music actually changes the brain. Others have simply shown that mood can be elevated and behavior redirected when music is used, particularly music from the late teen and early adult phases of the person's life. It's now possible to obtain MP3 programs of selected music for our elders to enjoy rather than constantly having to keep tabs on a CD player, as I did for Dad. It's also possible to find Apps that can play tunes allowing the elder to sing along to old favorites.

Whether the elder responds best to painting, sculpting, going to the theater or listening to music, the arts have become a large part of dementia treatment. Art and music therapists are no longer on the fringes of the professionals looking to make life better for those with dementia. They have become leaders who can guide families and facilities to better care for our loved ones. 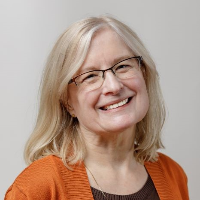