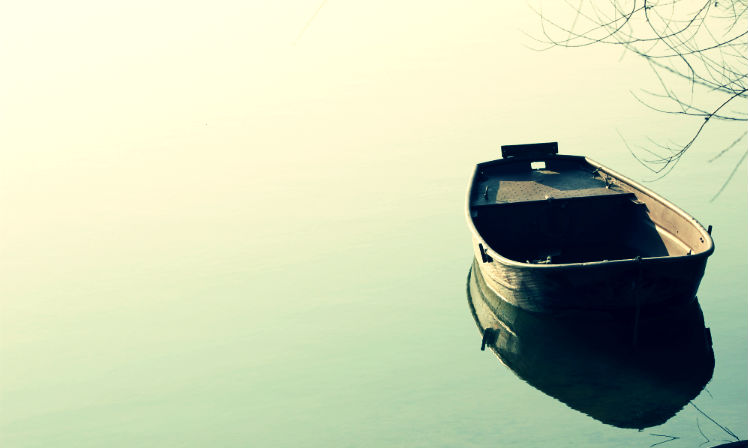 We've said goodbye to George. The week before last, my kind, stoic and brainy father-in-law died. He was also the adored grandfather of our two children.

I’ve been pretty stingy with the adjectives thus far. George was also calm, philosophical and resourceful. But the thing I loved best was his tinder-dry sense of humor. “Climb aboard!” he’d boom as you knocked hesitantly on his door. His residence was no pleasure craft, though. George had been flat on his back in his rest home bed for more than a year.

My father-in-law wasn't just old, he was “old-old.” Unlike Mum, his body wore out before his mind did.

Phone calls at four o’clock in the morning are seldom good. The best you can hope for is a wrong number. When the phone rang, we knew immediately. And even though a peaceful death was just what everybody (including George) had been hoping for, our relief was quickly trumped by sadness and grief.

After a loved one passes, the family’s work starts straight away: letting people know, making funeral arrangements, and sorting all the stuff that had been accumulated over a long life. George was to be flown back to Blenheim and we were going with him. I had to tell Mum.

As soon as she saw me, she sensed something was wrong.

What she didn't know, at least for more than a few minutes at a time, was that George had died. I tried everything—all the tricks that used to help her retain things.

I started with a letter explaining what had happened and delivered it to the rest home. As soon as she received it, Mum phoned my partner to say how sorry she was. She did that beautifully. Later the same day, she rediscovered the letter and phoned him all over again.

Then there was the death notice. Mum still gets the morning paper and she’s a keen scanner of the family announcements section. She must have read George’s death notice half a dozen times. Nothing stuck.

Saturday came round and I picked up Mum. I broke the news to her once again and she was visibly upset. Mum hugged the grandchildren. She said all the right things.

A little while later, while sitting on the sofa drinking tea, Mum spotted all the cards on the sideboard.

“Have I missed something? She said. “Has someone had a birthday?”

It was almost true. George’s funeral, which he’d pre-purchased decades earlier, was held on a perfect day in Marlborough. It would have been his 96th birthday.